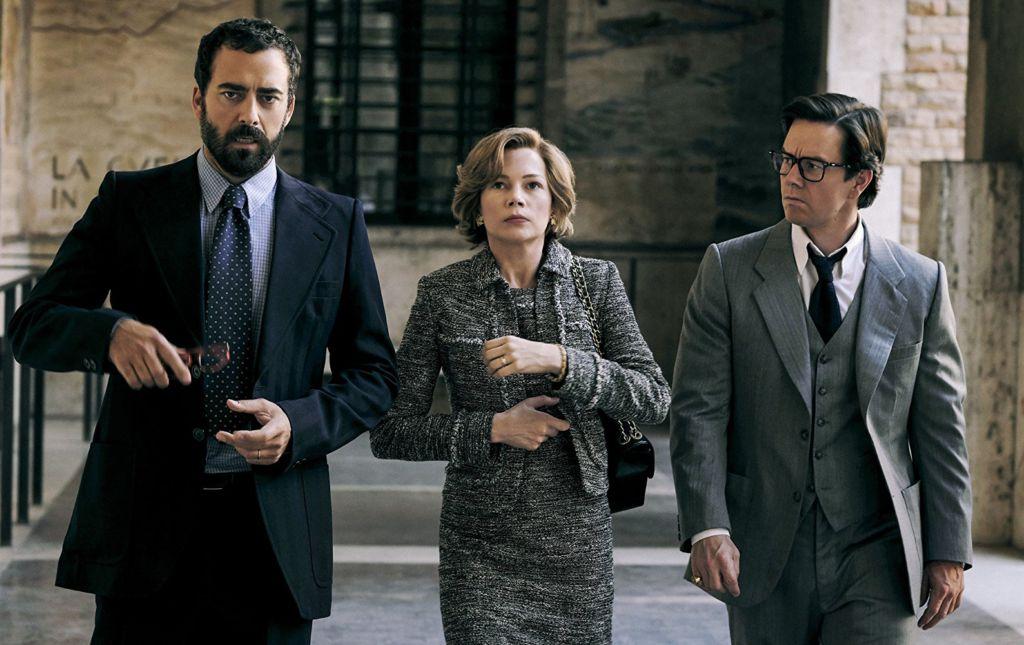 Portraying the true story of the kidnapping of John Paul Getty III, "All the Money in the World" depicts the reactions of the Getty family members.

It is late at night in Italy—two a.m. to be exact—as 16-year old John Paul Getty III struts confidently down the street with his ‘70s star-printed shirt and shoulder length hair, stopping only to talk to girls. Moments later, Paul (as he is referred to) is violently thrown into the rear of a camper van and kidnapped by criminals who are after one thing: his grandfather’s money.

At Paul’s apartment, his mother, Gail, frantically picks up the ringing telephone and stands in shock as she listens to a curt message from one of the kidnappers himself: they have taken her son, and will only release him for a ransom of $17 million. Gail’s mouth hangs open as the kidnapper adds that this should be easy, given that her father-in-law has “all the money in the world.”

Directed by Ridley Scott, “All the Money in the World” follows the tragic true story of the 1973 kidnapping of Paul, grandson of Jean Paul Getty, who founded the Getty Oil Company and was named the richest American man in 1957. While the movie includes plenty of suspenseful and intense scenes woven throughout, it focuses largely on the exasperating struggle of Gail, who has little money herself, to reconcile relations with her father-in-law and convince him to pay the ransom in full.

Christopher Plummer, who plays Jean Paul Getty, expertly takes on a stuffy and cold-hearted attitude that leaves viewers shocked and disgusted with his refusal to pay any of Paul’s ransom. Perhaps the most frustrating aspect of the film is Getty’s argument that he can’t “afford” to spare the $17 million to save his grandson’s life – though he invests in a $1.2 million painting during the period of his grandson’s kidnapping – solely because investing in artwork is tax deductible. Saving Paul, however, is not in his monetary interest.

The actors, especially Michelle Williams, who plays Gail, do a surprisingly realistic job of portraying the emotions with living through this nightmare. Charlie Plummer, who plays Paul, gives a believable performance as the kidnapping draws on and on; he’s shocked and frightened in the beginning, but gains confidence and bravery as he attempts to escape.

Several complex relationships are tested throughout the months of Paul’s kidnapping, aside from the obvious tension and disrespect between Gail and Getty. A close friendship forms between Gail and security agent Fletcher Chase (Mark Wahlberg), and there is a quiet hatred remaining between Gail and her slovenly ex-husband and father of Paul, John Paul Getty Jr. (Andrew Buchan).

Another unexpected nuance in the film is the relationship between Gail, Fletcher and the original kidnapper Cinquanta (Romain Duris), who actually serves as their messenger on Paul’s condition. Cinquanta remains near Paul throughout the entirety of his kidnapping as an ally for his survival, frequently making secret calls to Gail to relay information and protecting him from the most horrific punishments. This relationship adds another element of intensity to the film, keeping viewers on their toes as they grapple with Cinquanta’s sincerity.

While the movie is primarily serious, Scott adds in enough humorous and lighthearted moments to keep the subject matter bearable. This includes Gail’s decision to deliver hundreds of  copies of the newspaper, plastered with an image of the broken and hopeless-looking Paul sent by the kidnappers themselves, right to Getty’s doorstep.

Overall, the cinematography and production quality remained consistently flawless throughout the duration of the movie. The set design and costume represented the era perfectly, and the grey scenery and gloomy lighting underscored the seriousness out the situation. This movie is extremely well done from beginning to end, using the right touches of danger, strength, love and hope to create a both intense and thought-provoking picture. The ideal movie for a rainy day or night in, “All the Money in the World” will be sure to impress.