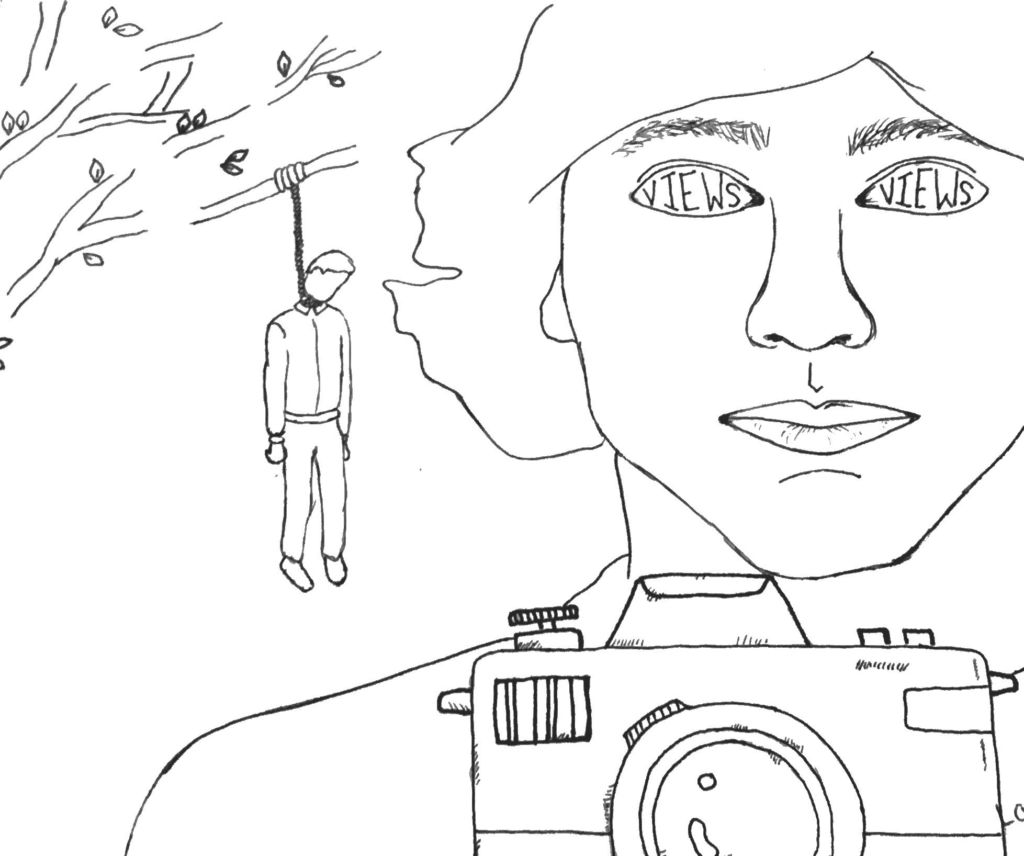 At the start of the new year, the internet was abuzz with a new social media controversy. Popular vlogger and social media star Logan Paul posted a video blog, or vlog, on New Year’s Eve to his YouTube channel that received immediate backlash and scathing criticism. The vlog featured 22-year-old Paul and his friends venturing into Japan’s Aokigahara forest, known as the ‘suicide forest’ due to the high numbers of suicides committed there. According to Paul in the now-deleted video, he and his friends went into the forest for its “haunted aspect,” but found that it became “very real” when they stumbled upon the hanging body of a man who had recently taken his own life. The video garnered over 6 million views before being taken down.

Paul appeared evidently shaken by what he was seeing, but instead of putting down his camera, he continued to film the limp, hanging body both from afar and up close, at one point yelling “Yo, are you alive?” and “Are you f***king with us?” Although the face of the victim was blurred out in the vlog, Paul’s actions were an appalling invasion of privacy and demonstrated a serious insensitivity towards the victim and his family, as well as his viewers. He and his friends were also laughing and making awkward jokes at the scene, with Paul casually saying, “What, you’ve never stood next to a dead guy?”

His mocking behavior drew particular disgust and criticism from viewers who were shocked that he was able to film and upload this video without a hint of empathy. Though Paul has apologized multiple times and most recently ended his three-week YouTube hiatus with a somewhat cliche video about suicide prevention (which to me looks more like a last-ditch attempt to redeem his career), the issue with Logan Paul is deeper than this particular controversy.

Paul and his sympathizers argue that he is a good person who simply made a bad decision, and he should be forgiven for it. And maybe they are right—Paul doesn’t need to be held in contempt for the rest of his life for this one video. But his other vlogs, filled with insensitive and offensive pranks and jokes, show that his behavior isn’t isolated to one video, but rather demonstrate a consistent abuse of his influence and privilege, and a disregard for other people’s sensibilities.

Content from some other vlogs he posted from his trip to Japan also made me very uncomfortable. Viewers can see him walk into a shop in a Japanese market and buy an old version of the Game Boy. Immediately after the purchase, he steps outside and screaming, violently flings it onto the ground, then picking it up to throw it back down over and over until it shatters completely. He then returns to the shop and says to the Japanese salesman with an awfully smug expression (he isn’t even looking directly at him, but rather at the camera), “Excuse me, Sir, the game seems much-o broken-o,” mocking the Japanese accent.

In other clips, he is seen walking around the city holding two dead fish that he caught from a pond, waving them in people’s faces and banging them against the glass windows of a store, where a little girl, evidently disturbed by what he was doing covers her eyes and steps closer to her mother. He eventually leaves the fish on the back of a taxi waiting at a traffic light, saying “Honestly bro, I’m done with these fish.” More obnoxious clips follow.

Logan Paul,  just because you have 16 million followers, and are constantly looking to create sensational content to “entertain” them, does not mean you can disrespect people. Just because you made $12.5 million through your tasteless videos last year and can afford to buy and break millions of Game Boys does not mean you should. With your immense power, privilege and influence comes the responsibility of using them to do good.

Paul’s characteristically insensitive and sensationalized vlogging habits prove that his suicide forest video is actually the result of a gradual desensitization—his vlogs have systematically chipped away at his moral consciousness, blurring his ability to distinguish what crossing the line really means. In his frenzy to create the most exciting, the most edgy and the most attention–grabbing content to appeal to his viewers every single week, Paul has stopped reacting to things the way a normal person would. Whereas the reaction of a normal person upon finding the hanging body of a suicide victim would be intense shock or sorrow, Paul’s first reaction was to zoom in and continue filming. To him, the tragic end of a someone’s life was just another few minutes of footage for his newest sensational vlog.

What’s more dangerous is that powerful Youtubers’ lack of moral awareness and responsibility is desensitizing their viewers, many of whom are adolescents and young adults. Given the astronomical reach of vlogging as a platform, reckless, egotistical young people like Paul command unprecedented power: the ability to influence millions of young minds and shape how they act and who they become. When children and teens follow the lives of these vloggers, it allows for an unhealthy and dangerous idealization of that lifestyle, putting those vloggers’ choices and pranks on a pedestal as behavior to be mimicked.

Last year, a few fights broke out between students at Redwood. And many onlookers’ first reaction to the fights wasn’t to call a teacher or break it up, but rather to film it with their phones and post it to their Snapchat stories. This “vlogging” culture has found itself at Redwood too. We have become conditioned to seeing events for their social media value rather than from the perspective of moral responsibility. In the end, it is up to us to change this culture. As viewers, we made Logan Paul powerful, we made him popular. Because he has abused that power, we reserve the right to take it away by withdrawing our viewership. Stop watching Logan Paul and vloggers like him. Pick better role models who will influence media and young minds positively. And lastly, put down the camera.