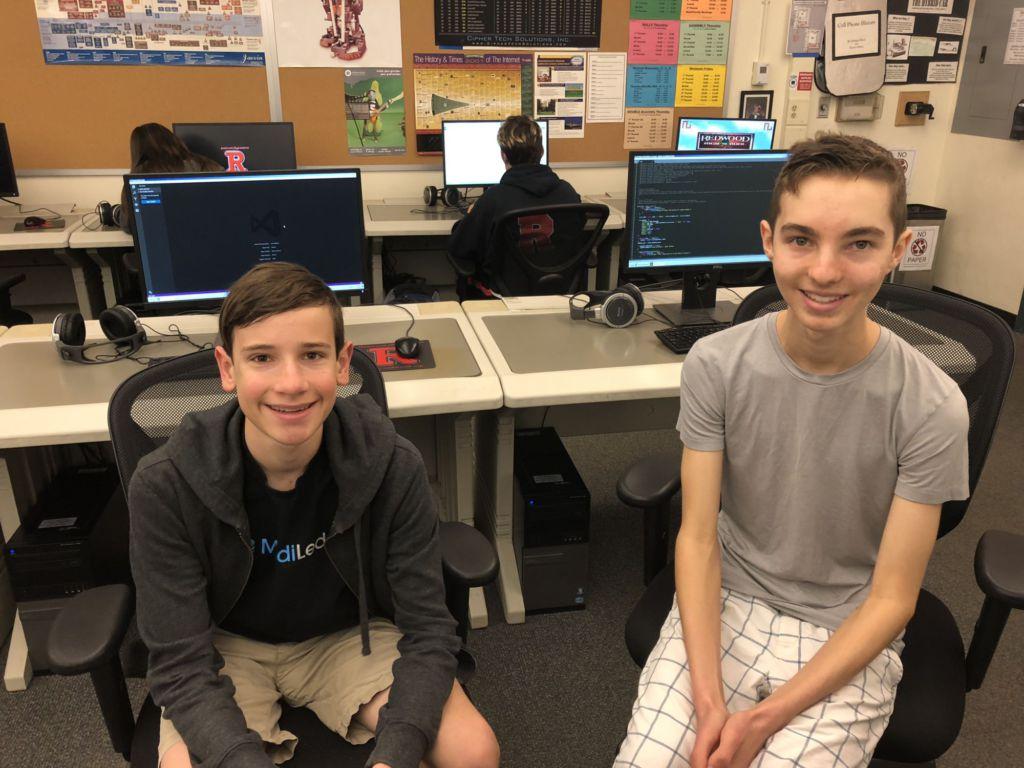 The app won the Congressional App Challenge in California’s second district, a competition that hosted over 4,100 participants from across the nation, ultimately naming winners from each of the 190 Congressional districts.

The work paid off not only for Somerville and Davis, but also for the whole community, including students who use the app to enhance their organization.

“AbcPlan is a homework planning app that is designed for students. It is this really simple app that allows students to keep track of all their assignments in one place,” Davis said.

Davis, who is in AP Computer Science, learned about the contest from his teacher, David Goldsmith, who recognized Davis’s dedication and strong work ethic.

“[Ethan has] always been pretty motivated. He’s been pretty good at coding from the get-go. He likes doing things above and beyond the regular routine or doing things just a little bit differently,” Goldsmith said.

Somerville, however, is not a Programming student but is self-taught, and found out about the challenge through the RHS Hacks Club—a newly developed club that serves as a platform for programmers to discuss their latest endeavors. Despite not being in the same course, Davis and Somerville have been programming together for approximately four years, as they became friends when Somerville’s brother, Karl, introduced them.

Somerville and Davis developed the app in about five days, using coding languages including HTML, CSS, front-end JavaScript and Node.js.

Somerville believes that what distinguishes abcPlan from other homework-tracking apps is its straightforward interface.

“The main point is that other apps are very complex and they take a while to set up. You have to enter all your classes, you have to enter what time they are. Often, they aren’t simple enough,” Somerville said.

This dissatisfaction acted as the driving force, compelling the entrepreneurs to invent a basic and efficient software.

The app is on the web and can be accessed free of charge at abcPlan.me. Anyone can sign on with their Google account and use the program. Once signed in, there is a plus button where assignments can be added. Then, the assignment name, course, notes and due date can be entered. Additionally, assignments can be edited, completed or deleted. 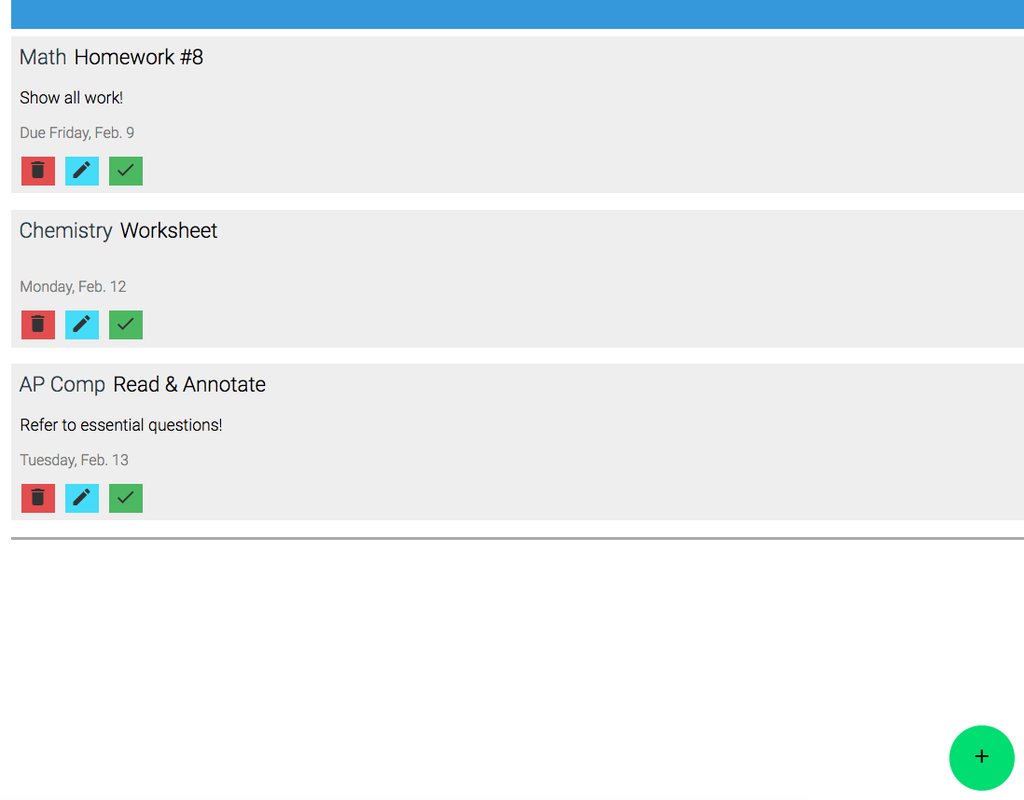 In terms of future developments, Somerville and Davis are brainstorming ways to improve their design and further enhance the organization of abcPlan.

Smarter features, including a gauge on the amount of time homework takes to complete, are being considered at the moment, according to Davis.

“The idea would be, once you’re finished with homework, you tell [the app] how long it took, every once in a while. Over time, it can kind of figure out how long homework is expected to take you,” Davis said.

The app will also become mobile, making it easier for peers to access on their phones and more convenient to use at school, according to Somerville.

Both Davis and Somerville plan to continue crafting new services that could reach the Redwood community and beyond.

“In the very large scheme of things, computer science is a path that I really want to take in my future and I want to do something powerful with it,” Somerville said.

The fledgling programmers aren’t the only ones who support the swelling of the technological milieu. Goldsmith similarly believes that innovative ideas and thinkers are pivotal constituents that account for success.