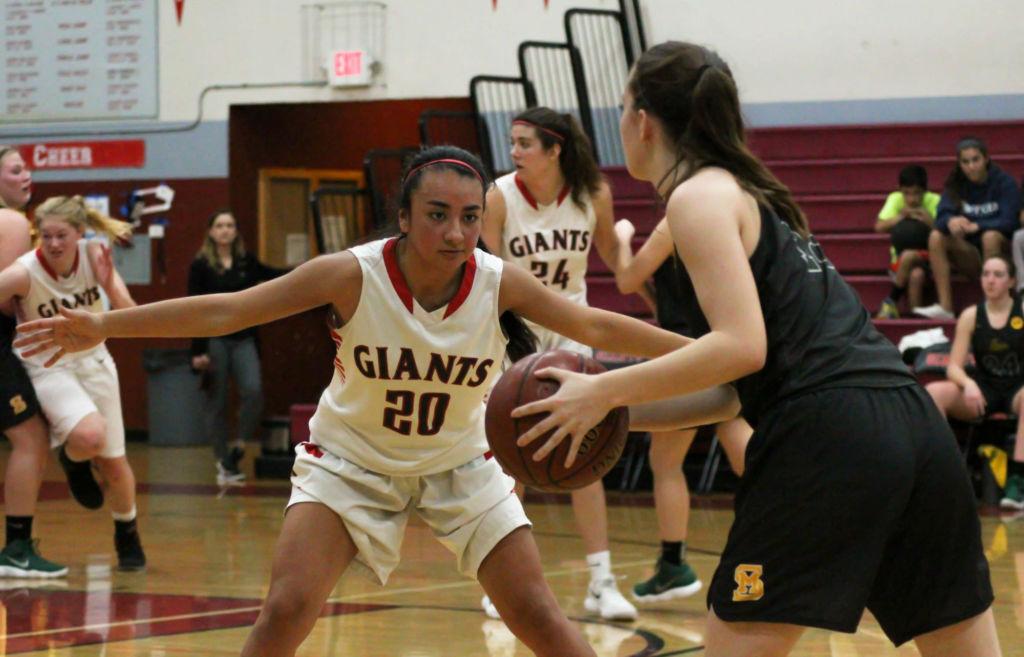 The girls’ varsity basketball team came out on top on Saturday, Feb. 3, maintaining their undefeated league record. The Giants fought down to the wire against the San Marin Mustangs in their 54-49 win on Senior Night.

With two minutes left in the game, down by two points, Giants’ coach, Diane Peterson, called a timeout to switch up the defense.

“We ran a mixed-up zone. People don’t really know what we are in when we are in it,” Peterson said. “We wanted to shake it up and throw something different at them because they were really honing in on Shasta [Parker] when we were in our man-to-man defense.”

Coming out of the timeout, the Giants were able to make crucial stops with their zone defense and convert on the offensive end down the stretch. Kama Kaleikini, a junior shooting-guard, hit two threes in the end of the game to propel the Giants’ in their win.

According to Kaleikini, she was wide-open both times and all she thought about was that she needed to knock down those shots for her team.

“Kama shot the lights out of the ball today,” Peterson said. “She made some incredible shots that were definitely a big part in this victory, but overall, a collective, offensive and defensive team effort tonight.”

Redwood displayed their full stamina and teamwork on Saturday, leaving three players in double figures. One of those players was junior Jenny Walker, who scored 16 points, according to MaxPreps.

According to Walker, the Giants have to come out in the first quarter ready to play and not rely on fourth quarters to bail them out.

“It was a tough battle the entire game, and so if every single individual that was on that court didn’t step up, we wouldn’t have won. It really took all of us,” Peterson said.

According to Peterson, every game from here on out is going to be that tough. The team is approaching playoffs, and their opponents are going to want to knock them off.

The Giants look to keep their undefeated record alive tonight, Feb. 6, at Justin-Siena.