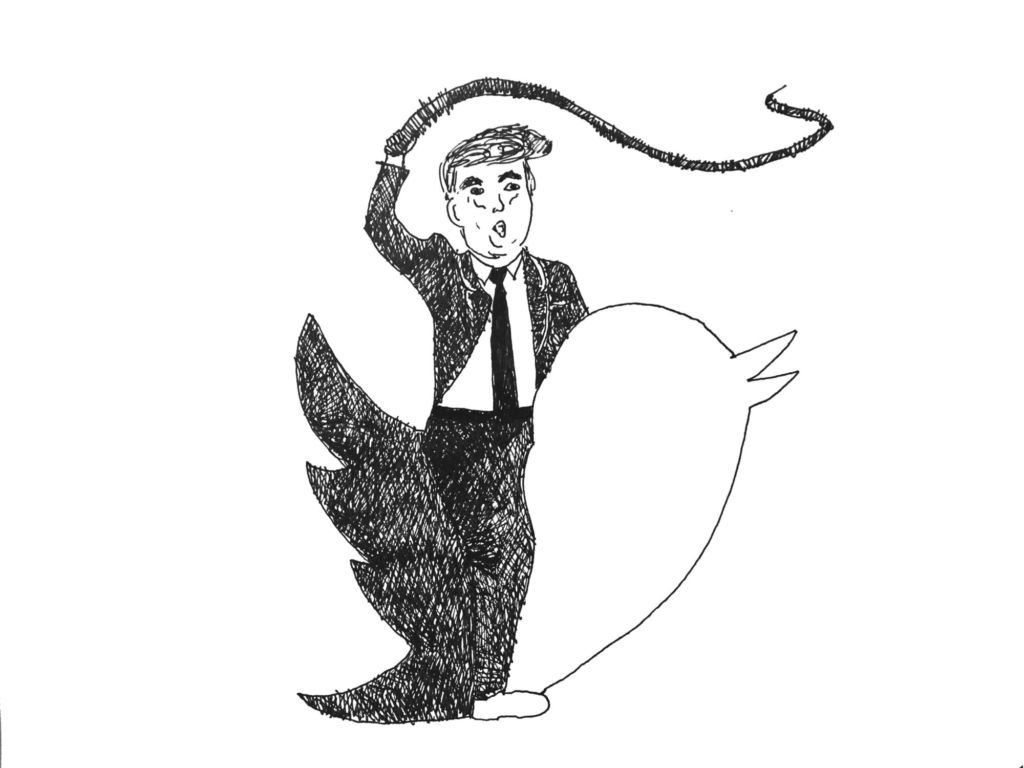 In 2008 and 2012, America witnessed technology fundamentally alter the political sphere when President Barack Obama harnessed the power of the internet and social media to campaign for office. By organizing his supporters, raising funds and promoting his agenda online throughout his two terms, Obama revolutionized the way presidential candidates interact with the electorate.

Today, President Donald Trump uses social media as a way to connect with his base on a very personal level, tweeting about 10 times per day according to Twitter Counter. His use of social media is the 21st century version of President Franklin Roosevelt’s fireside chats. In the 1930s, Roosevelt used radio to communicate more intimately with the American people and bring politics directly into households. Trump is doing the same…kind of. He crams his ideas into 280-character tweets, interacting directly with his followers and spurring continuous online debate.

When used correctly, social media has the potential to bring a president close to the public and can positively contribute to the political sphere. But through his campaign and first year of presidency, Trump has rallied support over social media in a different way—a dangerous way.

In the months since the election, Trump’s use of Twitter diplomacy poses an additional threat to an already volatile political atmosphere. As president, Trump has consistently sought to extend his political agenda through social media, throwing virtual punches at North Korea’s Kim Jong-un, Britain’s Theresa May and other prominent foreign leaders.

A president must think before speaking. Prior to social media, presidents interacted with the public only during official speeches and press conferences, over radio, television or in person. Though press conferences did require presidents to speak knowledgeably and eloquently on the spot, it is no secret that behind every president, there is a speechwriter. And behind every speechwriter, there is a team of White House officials editing his or her words and the words of the president.  Presidential addresses are not taken lightly; they require extensive preparation and planning. While some might appreciate Trump’s authenticity on social media and argue for his right to free speech, the President of the United States, representing over 320 million people, shouldn’t simply type his (or her) mind.

Take one of Trump’s more well-known tweets directed at Kim Jong-un, for example:

Why would Kim Jong-un insult me by calling me "old," when I would NEVER call him "short and fat?" Oh well, I try so hard to be his friend – and maybe someday that will happen!

Another, tweeted by Trump during his campaign, reads:

Truly weird Senator Rand Paul of Kentucky reminds me of a spoiled brat without a properly functioning brain. He was terrible at DEBATE!

Ten years ago, a president would simply not make these kinds of statements. This is partly because America has never elected a president so infantile and simple-minded as Trump, but also because unconstrained access to social media has encouraged absent-minded, unpresidential rhetoric.

Social media is often used as an outlet for streams of consciousness. While the informality of social media provides an entertaining means of communication between peers and acquaintances, it’s also the source of rude commentary, petty arguments, abuse and mean-spirited clapbacks. And Donald Trump is no exception.

Since declaring his candidacy, Trump has insulted 394 people, places and things over Twitter, as of November 17, according to a study done by New York Times’ The Upshot. Trump is a Twitter troll, infamous for name-calling and defaming his fellow politicians or critics with derogatory and childish language including: crooked, pathetic, a crybaby (rather ironic if you ask me), a disgrace, sick, foolish, dumb, lowly, a joke, unhinged, wacky, loser…the list goes on. And on.

Politics are about poise and respect; presidents should be judged on the quality of their ideas and intentions for the improvement of society, not on their latest Twitter jab. If fireside chats emphasized thought and eloquent speech, then Twitter stresses spontaneity. That’s the inherent problem with social media: it is immediate and constantly changing. What Trump writes one week is soon forgotten, replaced by another controversial Tweet or post.

Social media does not hold Trump accountable for his words and actions. Using his platforms, Trump has masterfully distracted the American public from what matters. And it shows; according to recent polls conducted by the Washington Post, if voters were given another chance at the 2016 election, Trump would, statistically speaking, win again. Despite the controversy and public uproar during Trump’s first year in office, amid all the accusations of sexual harassment and prominent displays of racism, bigotry and ignorance, America would, once again, vote Trump. Now that’s something to tweet about.