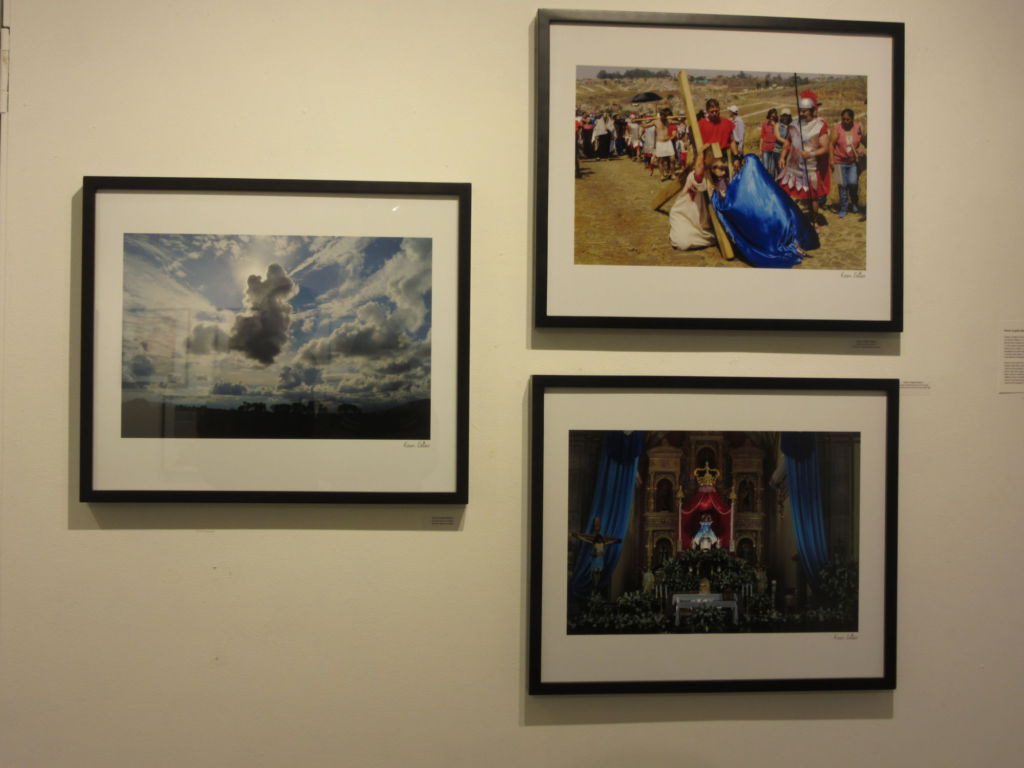 Next to the Point Reyes Station, Gallery Route One is inconspicuously tucked into the end of 11101 CA-1 street, next to an rustic looking ice cream store and small surf shop. In the back half of the gallery, the Latino Photography Project, Hogar en Cualquier Lugar, is featured  until Dec. 17.

Each artist featured is an immigrant from Mexico and the art displayed expresses the message that home can be found anywhere. The Latino Photography Project website stated that all the artists worked together in a series of classes with this theme in mind. The artists include Gisela Alvarado, Karen Angelia Batres Flores, Jacob Leyva, Agustina Martinez, Maricela Mora, Ana Maria Ramirez and Claudia Salgado. Each artist’s experiences and move to America are represented through the artwork, bringing a fresh perspective on “home.”

The space is small and inviting, unlike some galleries that can be so large that they become overwhelming. Because there was little space for photographs, each got more attention. The vibrant emotions in two of the photos especially stood out. One was a portrait of a smiling female dancer’s face and the other portrayed a young boy running with his brown, shoulder-length hair trailing in the wind. It was clear that happiness radiated off the subjects. These spontaneous, emotion-filled pictures made the theme of home shine through because it was clear they were joyful and living a vibrant life regardless of location.

Another extremely attractive aspect of this exhibit were the touches of mixed media incorporated within the gallery. Short stories, explanations or poems written by the photographer accompanied a few of the pictures. These writings were in Spanish with an English translation below, so that all viewers could enjoy the written work. This addition of mixed media provided more insight into the artists’ thoughts and perspectives which added even more depth to the photographs beside these writings.

Some of the photographed images, however, seemed to disrupt the flow of the exhibit. Still-life photos of a bridge in the fog and the moon on a clear night contrasted the action-packed and emotional shots. While most images were full of vibrant reds, greens and blues, these still-shots were in mainly grey scale—a jarring contrast. Though these images were beautiful, it did not follow the same visual theme and detracted from the overall flow of the photography project.

It was incredible to see an immigrant’s definition of home.  Readjustment can be difficult, but being positive and finding that home away from home is beautiful. Seeing the world through an alternative lens is crucial step in understanding lives which differ from our own.