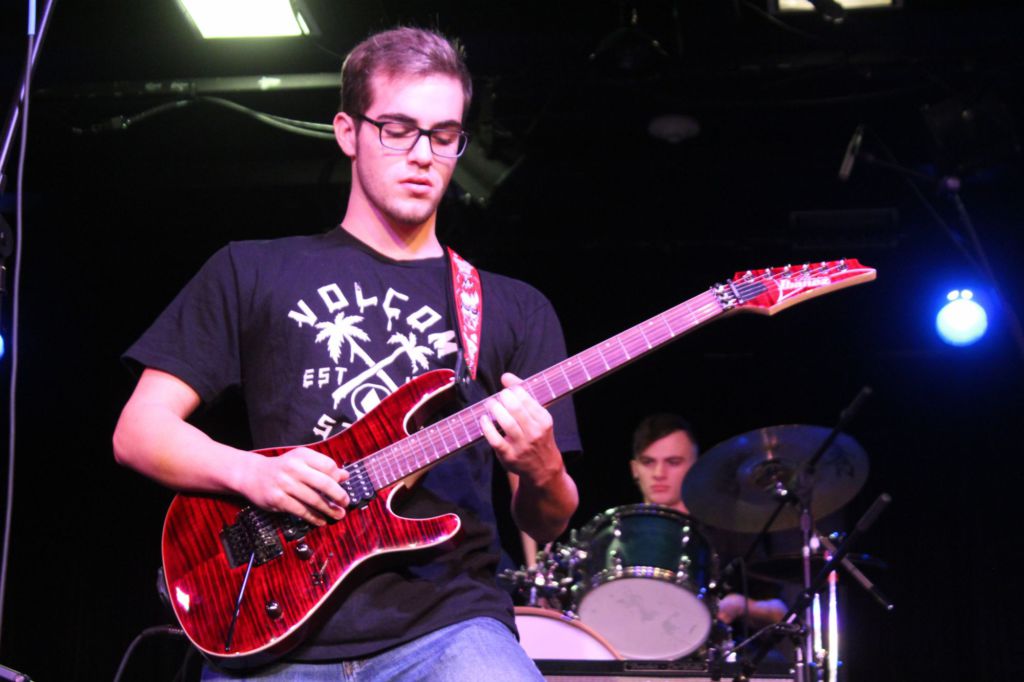 Redwood’s Advanced Performance Workshop (APW) performed Wednesday, Dec. 7 and Thursday, Dec. 8 in the Small Theater at 7. p.m before energetic and positive crowds. It was evident that the performers had put a lot of time and effort into their music both during and after school hours.

In addition, junior Aidan Reese and sophomore Elliot Gorham’s enthusiasm as emcees added to the excitement of the audience on Wednesday night.

On both nights, the musicians covered a variety of genres of music including pop, reggae and jazz, and also performed some songs they wrote themselves.  Junior Miles Squiers, a vocalist and guitarist in APW,  performed an original song, and it was a real crowd-pleaser. He also said that the song was inspired by the “ups and downs” of his personal life.

“I’m not going to lie, at first I was really afraid, it was one of the scariest experiences of my life but after I did it, it was worth the run,” Squires said.

Other students in the class admire Squires bravery and talent, such as first-year APW student, sophomore Elizabeth Hylton.

“It’s really commendable to perform an original song. I don’t know if I could ever find the guts to go out and perform one of my own,”Hylton said.

APW provides a collaborative environment to learn music, according to APW teacher John Mattern. Students grow with the influence of experienced teachers, peers and the music itself.

“Performing is always nerve racking in the beginning, but it is 100 percent worth it because I have gained some of my closest friends through the program,” Hylton said.

APW is not only focused on music and performances, but it also allows students to meet others that share the same interests and passions, according Mattern.

“They are learning how to respect other’s music and person at the same time,” Mattern said.

Mattern has been teaching at Redwood for 15 years and in 2005 he wrote and developed the class curriculum.

The students appreciate Mattern’s enthusiasm and genuine interest in their success.

“Mr. Mattern is really passionate about his work and he can easily motivate you to work harder and to challenge yourself,” Hylton said.

The students of APW credit Mattern with their performance skills and other lessons he has taught them throughout the semester.

“The class is an opportunity to practice doing what I love doing, and that’s music,” Squires said.

Mattern wishes the best for all of his students and is hopeful that they will never forget music.

“I hope they keep music in their lives forever. I hope they are inspired by music and that it inspires them to not only work hard in music, but in life,” Mattern said.