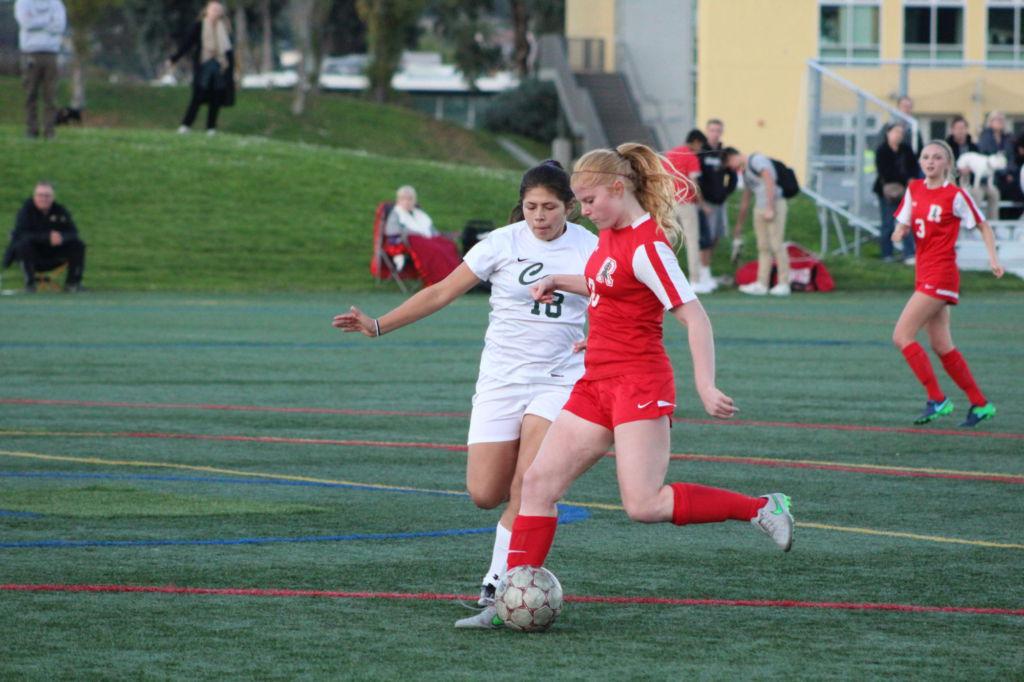 After beating the Marin Academy Wildcats on Tuesday, Nov. 28, the Giants came into the match without expectations as they haven’t previously faced the Gauchos, according to sophomore forward Grace Bouton.

Bouton scored the first goal against the Gauchos while she was in the 18-yard box early in the first half, putting the Giants up 1-0. This lead carried them to the half.

“I think that we started off kind of shaky and weren’t playing our best so it was good to get that first goal,” Bouton said.

According to Bouton, in the second half Redwood became more fluid and stopped being stationary in their positions.

“The mids went out wide and the wings came in more,” Bouton said. “It was helpful that we changed that because then the defense wasn’t able to simply follow one player around.”

Redwood’s main focus for this match was keeping the turnovers to a minimum and trying to maintain possession, according to Bouton.

“Once we have possession, we can play out of the back more and build up to our attack,” Bouton said. “We had several good combinations from the midfield to the wings where we hit a couple one-touch balls in a row, which opened up throw-balls and crosses.”

Those key changes propelled Redwood’s offense in the second half, earning them two more goals by senior Hannah Halford and sophomore Sophia Curtaz.

Bouton also said that the Giants’ defense was solid during the match.

“By stepping up in the midfield, the defense restricted their offense from turning to attack us,” Bouton said. “Also winning those fifty-fifty balls off of punts and goal-kicks definitely made a difference in the second half.”

The Giants look to continue their undefeated start with their first away game Saturday, Dec. 2, against the Tam High School Hawks.