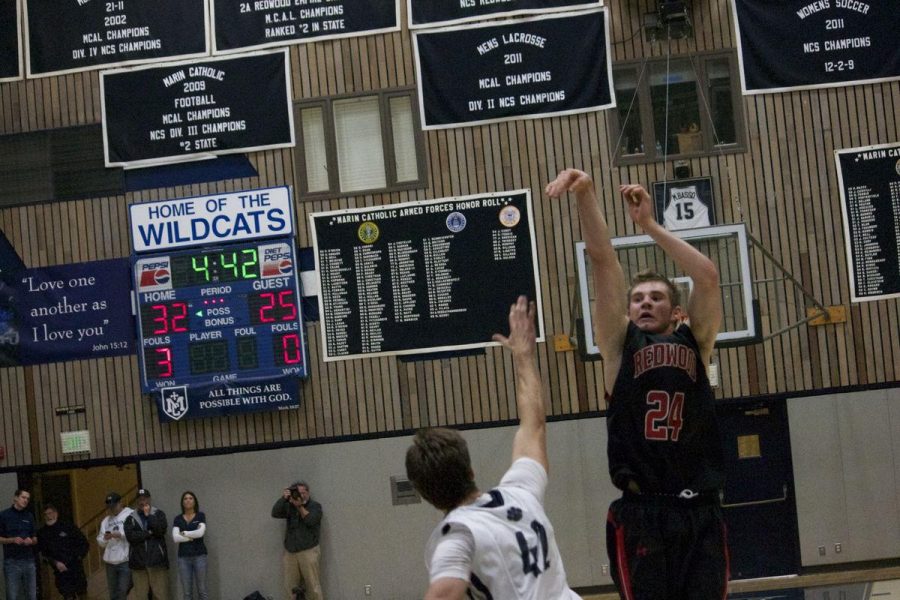 Coming into halftime, when the varsity basketball team trailed by just three points, the Giants were well within striking distance of the Marin Catholic Wildcats in Kentfield on Thursday night.

Then the second half arrived.

The Wildcats, led by guard Nick Calcaterra, expanded their three-point lead to as much as 20 in the fourth quarter. And, despite a late rally, the Giants were beaten by the Wildcats 58-51.

“They just blew us away in the third quarter,” forward Logan McGuigan said. “Our defense really didn’t show up in the third.”

The Wildcats increased their lead until the scoreboard read 52-32 in favor of the Wildcats at one point in the fourth quarter, putting the game beyond all doubt.

Though the Giants came back late in the fourth quarter with strong play from seniors Samson Donick and Joe Compagno, who had a team-high 17 points, the Wildcats held onto their lead through guard Patrick Conroy, who sank a couple of crucial threes in the closing minutes.

The loss comes after a one-point loss to San Rafael, and drops the Giants to 1-3 in MCAL and 9-7 overall.

The Giants next play on Saturday at home against Tam.