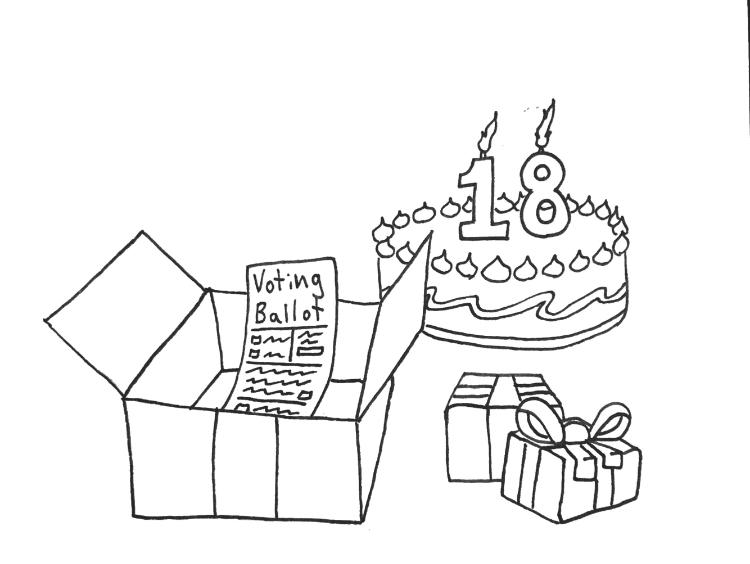 When voting in class on any topic that arises, we always have the choice to abstain from voting. It’s our right to opt out of sharing our opinion. With that being said, an inclusive decision-making process gives students a platform to express their ideas without fear of being judged. However, this opportunity for students to share their opinion is optional as well, just like voting, abstaining is a legal right and doesn’t necessarily make it morally right.

From freshman year to about halfway through senior year, most students are still minors who aren’t given the right to vote in government elections yet. Due to this, I’m always excited by in-class ‘elections’ or polls in which I can express my opinion. Additionally, because I’m not someone who is eager to jump up and declare what I want, anonymous, heads-down voting gives me an opportunity to share my thoughts with the class without openly declaring my opinion.

Similar to the classroom, one doesn’t need to put themselves on the line in real life in order to vote. Just as in-class voting is anonymous, so is voting for your local mayor or the President of the United States. There should be no pressure to advertise your political opinion with lawn signs, bumper stickers, t-shirts or caps. But despite this, teenagers could feel inclined to vote a certain way or to conform to the majority of their peer’s political opinions. In a recent bark survey, 28% of students self-reported they do not feel safe expressing their political opinion on campus. This may cause them not just to change their minds, but to stay away from the polls all together. At 16, I still have two more years until I can go punch a hole for who I want to be my president, a figure who has major control over my future. If I had been able, I would have voted in the 2016 presidential election, especially because the nominees were so drastically different. These polarizing candidates divided the American people before the campaign even began. We can attempt to avoid the effects of this divide by participating in future elections. Voting helps bring us together as one. Even if our opinions differ, by voting, we are still staying unified as one country that will fight for what we believe in, whatever that may be.

Furthermore, seniors have to take US Government to graduate, so 12th grade is a time when politics are at the forefront of students’ thoughts. This is knowledge that we may have a hard time recalling later in life. The more we know, the better we can make educated and thoughtful decisions that lead to a thoughtful and educated vote.

I do not believe in the philosophy of “I didn’t go vote because it doesn’t make a difference.” In reality, this philosophy can determine the outcome of an election. If enough people think this way, it adds up. According to a study done by the Center for American Progress of the millennial generation’s (18-29 year olds) 64 million eligible voters, only 26 percent actually voted in the 2012 election. The majority (76 percent) of this generation decided, for one reason or another, that voting wasn’t worth the effort.

That 76 percent of our generation—the children of our future—don’t care enough about a future that is ours. Knowing that it is our generation who is greatly affected by the elections happening now, why are we leaving it up to generations before us to make our decisions? What makes it okay to leave our own decision making and responsibility as young voters up to baby boomers and older generations? Shouldn’t we be responsible for our own actions?

In the future, we will face adversity, as each generation has. Don’t you want to be able to say that you did all that you could to help our government, and weren’t a bystander to our country’s future hardships? The millennial voting base increased during the 2016 election, when about half of the millennial population participated, according to a study by the Center for Information and Research on Civic Learning and Engagement. While this is an improvement from the 2012 26 percent millennial voter turnout, it is still far lower than the general voter turnout of about 58 percent recorded from both 2012 and 2016.

Even if one can’t get to the ballots on a certain Tuesday, there are absentee ballots and the ability to vote through mail. While the government tries to accommodate all the different obstacles that people may face in their efforts to vote, some casually disregard it as though it’s not the future of our country.

Almost any justification for not voting can be rebutted and found to be unworthy. Whether someone leaves not voting up to laziness or to ignorance, all I hear are excuses, excuses.