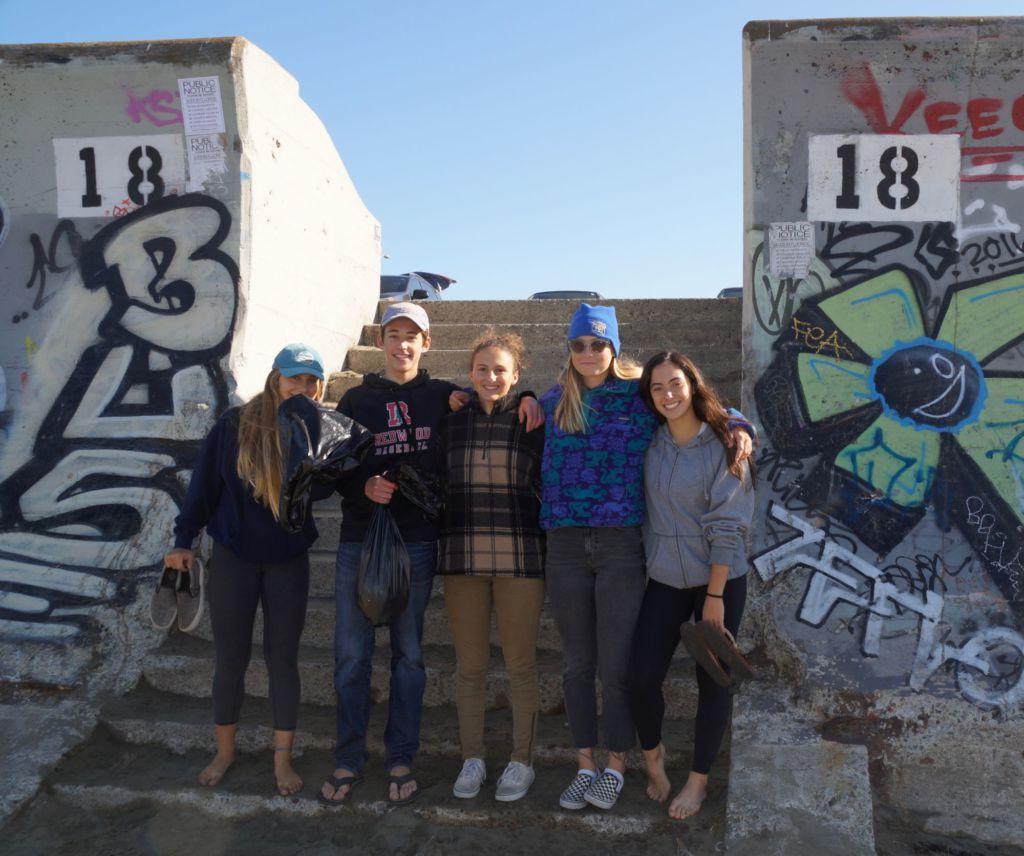 On Sunday, Nov. 5, the RHS Surfrider Foundation club held its first beach cleanup of the school year at Ocean Beach in San Francisco. From 9 a.m. to noon, roughly 15 students from the club helped give back to the environment by picking up trash on the beach.

According to club members, although there was less trash than expected, the chance to clean up at a public beach was fulfilling as they are accustomed to noticing trash on beaches and roads on a daily basis.

According to Jessica Jones, the manager of Redwood Landfill in Novato, Marin County generates the most garbage per capita of any county in the country. The Surfrider club offers the opportunity for students to fix the amount of garbage being produced by hosting beach cleanups such as the one held on Sunday.

According to the three-year club vice president, senior Victoria Ginzburg, the Surfrider Foundation is a non-profit environmental organization, and Redwood started its own smaller club that is linked to the larger foundation. The club provides students with an opportunity to preserve the environment.

“The whole goal is to protect our local environment and the coast of the whole world. We try to pick out areas that we really care about, like plastic reduction or coastal clean up, and make sure our beaches are not really gross or that there are not a lot of chemicals in the water,” Ginzburg said.

Ginzburg and her friends, seniors Daniela Schwartz, Mila Berntsen and Carolyn French, started the Redwood chapter their sophomore year, and have been hosting events such as the beach cleanup ever since. Redwood was the first high school in Marin to create an official Surfrider Foundation youth club. Drake and Terra Linda now also have Surfrider Foundation Clubs at their school.

According to Ginzburg, there was less trash than usual at Ocean Beach due to it being no burn season, which began Nov. 1. Nevertheless the group collected five bags of trash.

Another member of the club, three-year member and senior Mila Berntsen, believes beach cleanups are an important way for club members to see that they are making a difference.

“It also helps people realize that all the trash produced on a day-to-day basis ends up somewhere, and so picking it up off the beach affects our daily lives because we realize that we use so much plastic and throw so much stuff out,” Berntsen said.

This event was junior Thomas Durtschi’s first beach cleanup, as he joined the Surfrider club this year.

“I have been wanting to make my own club for beach cleanups and for making our community a better place by picking up trash, so I decided to join when a few friends asked me to,” Durtschi said.

Seeing trash on the beach is not uncommon for a surfer like Durtschi, and joining the Surfrider club gives him the opportunity to clean up and give back to the environment.

“I have been surfing for a few years now and the amount of trash I see on the beach and in the water really upsets me. I try to do my part as much as I can, but to actually come here and make a real difference at the beach is why I am here,” Durtschi said.

Along with Durtschi, sophomore Cassidy Fragakis attended the beach cleanup.

“I really love the ocean and I love surfing, and I want to do everything I can to keep it clean. I feel like if you go on the waves you have to contribute to it. You have to do your part to the environment to keep it clean. We found a lot of cigarette butts, little bits of plastic, food wrappers and some bottles,” Fragakis said.

Although the Surfrider club does not hold beach cleanups on set dates, club members expect to hold one each month.

“We try to do them monthly, and we will have a big campaign at the end of the year. This year it is on plastic so [we are] trying to help restaurants in town to stop using plastic straws. We do things every month, and have meetings every other week,” Ginzburg said.

According to Ginzburg and Berntsen, anyone is welcome to attend the beach cleanups and join the Surfrider club, which holds meetings in room 215 on Wednesdays.