Learning to live with diabetes 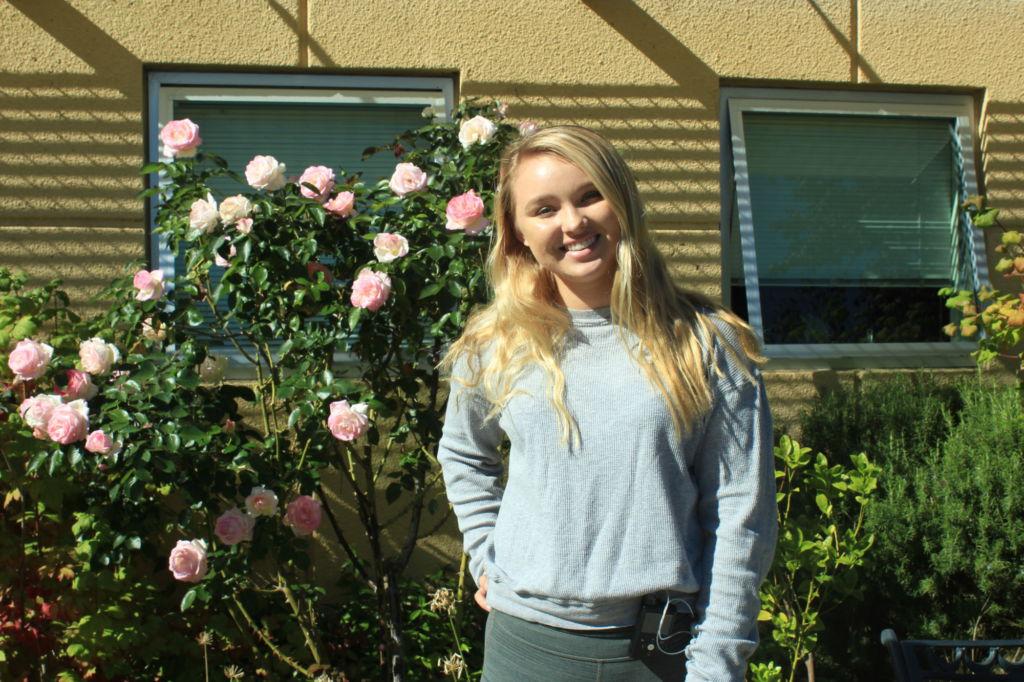 A chronic condition such as diabetes, by definition, is a disease that is persistent or otherwise long-lasting in its effects. This prognosis can seem very dismal, however, sophomore Sophia Roesler is not letting the disease control her. Despite living with diabetes, Roesler overcomes it with her optimistic attitude, which has fueled her efforts to spread awareness.

Roesler said she was diagnosed with type 1 diabetes in the beginning of her freshman year after a year-long struggle with confusing symptoms. Her extremely high blood sugar had led her to present flu-like qualities causing her family and friends to believe she had food poisoning and creating a long period during which Roesler was undiagnosed. 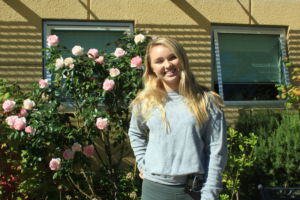 “I thought I was going crazy. I had no idea what was going on with me. I was super thirsty all the time, my blood sugar was super, super high. The normal is 100 [milligrams per decilitre] and I was around 600. I even threw up because I had such a high blood sugar,” Roesler said.

It was difficult to transition to learning how to live with diabetes, according to Roesler.

“It’s a huge learning curve, you have to think about everything you put into your body. Even salad has carbs. Everything has carbs,” Roesler said.

Though Roesler talked about the struggles of first being diagnosed, sophomore Lauren Solomon and member of the T1-Diabetes club said Roesler has handled the changes well.

“She’s done an amazing job handling everything and getting knowledge about it and fundraising to find a cure,” Solomon said.

Although Roesler has only been diagnosed with type 1 diabetes for a year, she has already been working to increase public understanding of the disease and how it affects teenagers like her. She has teamed up with sophomore Isabella Marrocco in starting the T1-Diabetes club at Redwood to reach their goal.

Marrocco’s younger sister was diagnosed with type 1 diabetes when she was six, and she is now 13. Marrocco said she wants to educate people about diabetes and thinks it is commonly stereotyped as the “fat disease.”

“I want to keep [fundraising] because I love my sister and I want her to feel supported in her community,” Marrocco said.

Solomon also said she believes it is important to speak out about the lack of knowledge of diabetes.

“There’s a whole community surrounding diabetes, like the family and friends of people with diabetes, but besides that not a lot of people really know about it and I think it’s important that people have at least a little bit of an understanding,” Solomon said.

Marrocco and Roesler both said that the condition affects much more than just a person’s physical health. According to Roesler, they want to reach out to people who are also struggling mentally and emotionally. According to a study done by the Center for Disease Control, chances of becoming depressed double if one has diabetes.

“I felt so isolated and alone at first. My teachers weren’t that supportive, and I know that they have a ton of students, but it just felt so drastically different than at home where my parents are on me all the time about my blood sugar, how I’m managing it, and then I come to school and it’s like it doesn’t exist,” Roesler said.

Through the T1-Diabetes club, the students are working with the Juvenile Diabetes Research Foundation (JDRF), an organization that works towards raising money for research to find a cure for diabetes. Roesler and Marrocco only started the club this year but have already raised three thousand dollars and are hoping to fundraise even more.

According to Roesler, many assume that the condition has a negative effect on her, but she chooses to adopt a more positive attitude when it comes to living with diabetes.

“There’s such a big community and I’m so happy to be a part of it because I’ve met so many people who have dealt with this disease. Through the [Juvenile Diabetes Research Foundation] walk, or just people who see my glucose monitor, I’m so happy when they come up to me because it’s like you are family,” Roesler said.

The T-1 Diabetes club meets every Monday in room 139.