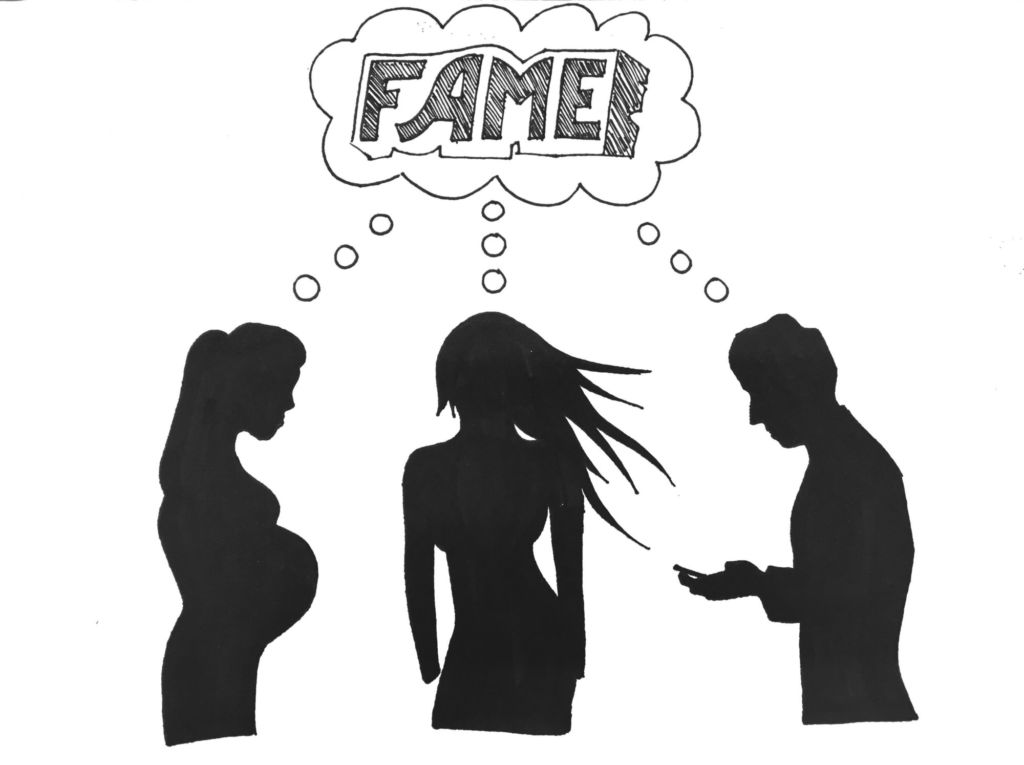 It was only the fourth hour of my newfound sense of upperclassmen immunity when a freshman boy pushed me into a locker. Well, that’s a slight exaggeration. It turned out it was all a misunderstanding: his friend pushed him, and he bumped into me and I slammed into a locker. Although the specifics of the story are irrelevant, it was my thoughts which followed that terrified me. As I resisted the cold and unforgiving embrace of that locker upstairs next to the girls’ bathroom, my first thought was, “Now, this would make great reality TV.” After all, who wouldn’t want their life exploited for entertainment? But while my unfortunate encounter with a locker might garner a few laughs, the truth is that reality TV is dangerous for impressionable adolescents and continually glamorizes an unrealistic lifestyle.

With that being said, I’m a normal kid. I like to watch TV. Sure, as I have grown into my adolescence, I have started to become more aware of the effect it has had on me. Yet, from early July to late September on Sunday, Wednesday and Thursday nights you can find my siblings and I avidly watching the reality show “Big Brother.” And yes, when I’m feeling especially crazy I indulge in an episode of “Love at First Kiss,” on TLC. I know I’m not alone. I could spend hours talking to my friends about what was on TV last night, and I’ve even had conversations with teachers about “Survivor.”

However, the continual success and popularity of reality TV is a step back for society, especially when it comes to young, easily-swayed minds. A study from the Media Education Foundation found that 37 percent of kids ages 11 to 17 that watch reality TV believe you have to lie in order to get what you want, compared to 24 percent of those that do not watch. Students and young adults are especially vulnerable to the threat of reality TV, which, as proven by the data, alters their thinking about life and success.

Reality TV first became popular in the late 1990s and early 2000s. Shows like the MTV’s “The Real World” paved the way for accessible and easily-managed televised programs. This October marks the tenth anniversary of “Keeping up with the Kardashians,” a household name that began with the release of Kim Kardashian’s sex tape.

Fundamentally, this is where the issues with reality TV begin. If someone wants to rise to fame, they should do it in a way that clearly promotes hard work and a humble attitude.

Think of it this way, there are usually two types of famous people: those who stumble upon fame and use it to further their passions and then those who use their passion to guide them, with riches and success being a benefit but not a primary goal. However, the politicians and activists who have worked to achieve fame and spread their messages are often hidden beneath the makeup gurus and sensitive men of  “The Bachelorette.”

Not only does reality TV create false impressions of success, it creates unrealistic representations and unrealistic ideals for life. According to a study done by the Girl Scout Institute, 72 percent of young girls who watch reality TV spend a lot of time on their appearance compared to 42 percent of those who don’t watch reality TV. Admittedly, it’s easy to be blinded by the seeming glamour of prosperity. Scrolling through Kylie Jenner’s Instagram for hours on end is a surefire way to wish for a complete life upgrade. However, even Kylie Jenner herself has commented on the artificial qualities of a public persona.

“There’s an image that I feel constantly pressured to keep up with. In order to stay relevant for the public, I have to be on Instagram and I have to be on Snapchat just keeping people entertained,” Jenner said in her new reality show, “Life of Kylie.”

Reality TV also glamorizes real life situations that shouldn’t be monitored by the public. For example, the show “16 and Pregnant” takes teenage mothers and follows them through their untimely transition into adulthood. Who knows better than high school students that adolescence is a time of development and self discovery, and exploiting that for entertainment purposes convolutes the individual journeys we face as people.

I understand that reality TV is fun to watch. It’s easy and brainless. And if you’re aware of the effect it might be having on you, then who am I to tell you what to do with your free time? However, the damage reality TV has inflicted upon society is past the point of no return. Being a chronic watcher is not only a waste of time, but a contribution to the continuation of reinforced false ideals and solidification of stereotypes. It may be entertaining to watch a bunch of women get in a cat fight on “America’s Next Top Model,” but in the end, is that really how women want to be portrayed? I don’t think so. It’s also worth mentioning that not all reality shows have succumbed to the pressure of low societal standards. Shows like “The Great British Bake Off,” and “Cash Cab,” have continued to provide an entertaining and diverse look into the world. If more shows were to follow their lead, we may be one step closer to getting the focus away from fame and success and back towards individualism.

There’s a lot to be done to face the problem of reality TV. It’s not an easy fix, and frankly it may be an issue that just can’t be fixed. However, recognition is often the first step. Start small—you don’t have to cut out reality TV altogether, just reflect for a minute. If you want to watch it, just make sure that your escape from reality doesn’t become a painfully unrealistic model for your future.