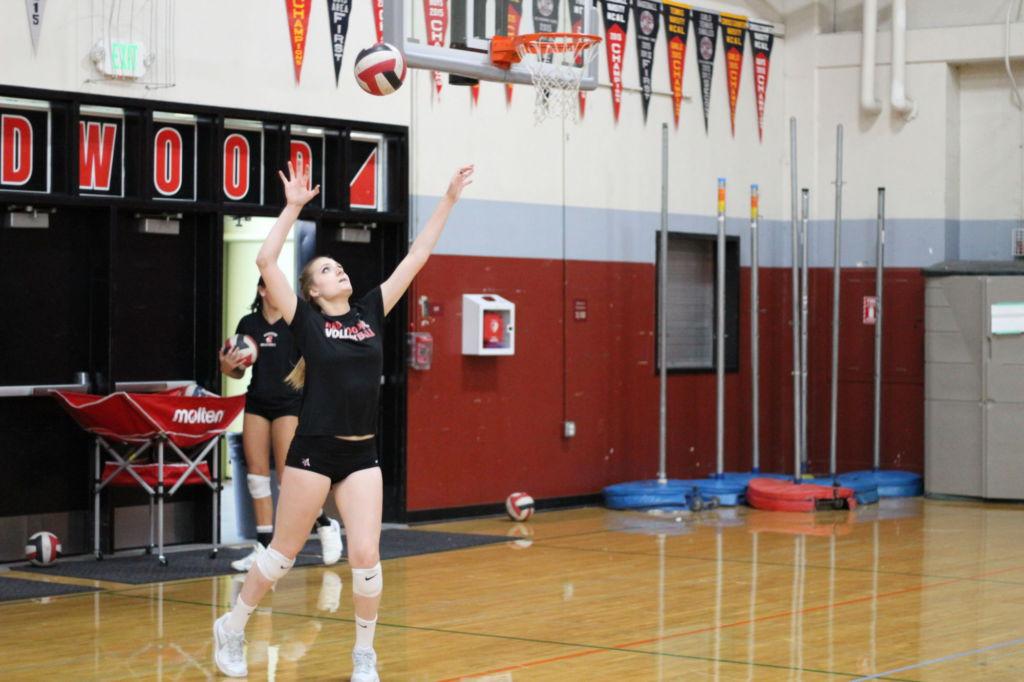 With a new head coach and a mix of both young and returning players, the girls’ varsity volleyball team is hoping to start off their season serving opponents.

Last season, the team finished 11-4 in the regular season and 24-15 overall. They were nationally ranked number 474 and number 71 in the state of California. The team averaged 17.3 digs per set and 11.9 kills per set, according to MaxPreps.

“It can be a hard transition at first, but once you get the swing of things it’s second nature. I’m really looking forward to this opportunity and getting to know these girls this season,” Minakov said.

One of Minakov’s long-time goals has been to coach and be a part of the Redwood girls’ varsity volleyball program. With Redwood’s past successes and championships, the coaching job is coveted throughout the county.

“Having the opportunity to apply for it was very exciting, and I was honored when I found out I got the job. The bar has been set really high in the past years in this program, so winning championships is always the first thing that comes to mind when you think of Redwood volleyball,” Minakov said.

This season, the team has fourteen players: four sophomores, five juniors and five seniors. Nine players are returning and five are brand new to the team. Their captains are seniors Nique D’Ancona, Desi D’Ancona and Raya Corren.

Nique and Desi D’Ancona have been playing on varsity since their sophomore year, making this their third season. Both are hoping to help their team overcome all the new challenges of a new coach and players this year, on and off the court.

“We are learning to do different tempos and work with new people since we have a lot of new faces on our team. We are trying to figure out how to work with each other and our styles of play,” Nique said.

One big challenge this year for the team is recovering from the loss of two starting outside hitters, Claire Jackson and McKenzie Cooke. The dynamic duo was the backbone of the team and a force to be reckoned with at the net.

“We are going to work hard to push back expectations and fight through the matches. We are going to step up our game a lot and take more responsibility than we ever have in the past. Our goal is to work hard for each other instead of ourselves,” Desi said.

With so many young players and new assets they are going to need many players to step up.

In order to be successful this season, not only will they physically need to improve, but also mentally. It’s important that with the new dynamics and challenges they are able to come together as a whole.

“It’s very different. There’s new teaching styles and drills during practice, but I think we’re getting used to it slowly. I think he’s a really good coach and we will do well,” Corren said.

On Sept. 23, they will be scrimmaging against both Saint Ignatius and Marin Catholic. Their first regular season game is October 6 at home against Novato.