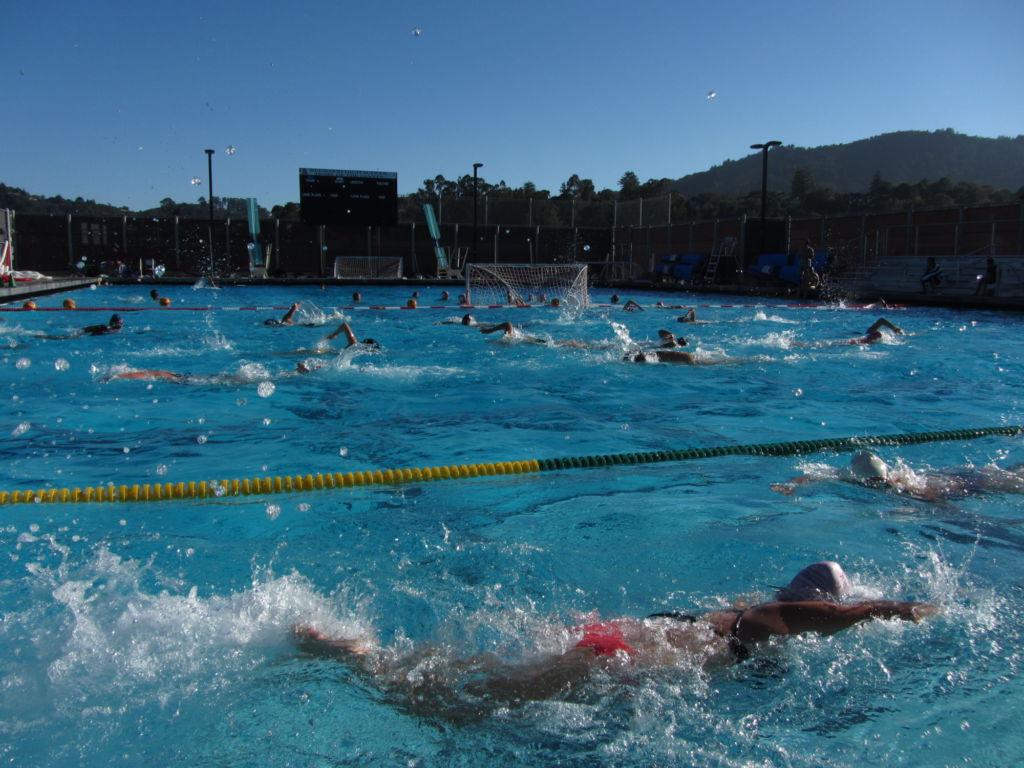 With six returning seniors, the girls’ varsity water polo team is boosting their skills to a whole new level. Coach Kirstein Frazer has high hopes for their season, even with the variety of skills and grade levels making up the varsity team.

The girls ended their last season with a splash, finishing with an overall 15-10 record and 7-5 in the league. Four of the six seniors regularly started last year, and will start again this year. The team’s main focus this season is for the older returning players to help influence and develop their younger counterparts.

Senior Caitlin Donnelly has been playing water polo since fifth grade and was rewarded with the position of team captain this year.

“We got a lot of new players this year, which is always exciting to see. I’ve seen the sport become more popular throughout the years and I am happy because this is the sport I love. I like seeing other people enjoy it as well,” Donnelly said.

According to Donnelly, the team relies on unity and friendship not just in the pool, but out of the pool as well, to ensure that the girls are comfortable communicating with one another.

Donnelly also said that as seniors, they are trying to integrate and get along as a team and be more of a unit than they had been in previous years. They are incorporating more bonding activities and have set aside physical practices for out-of-water social meetings.

As the team attains younger players, they also are focusing on working with each individual’s specific playing traits and helping them improve as a team.

Each player has different strengths, but as a team they are taught to come together to enhance their differences and use them together. Frazer has been adding in practices which focus on the strengths and weaknesses of individual players. If one player struggles with passing, then the whole team will work on their passing. The others are then aware of each other’s abilities, good or bad, and can track progress.

Additionally, the team recently gained a rare left-handed player who poses a great threat to the goal and defenders of the opposing team.

“With our left-handed player, we are going to try and work her into our team just as anyone else, as she wasn’t on our team last year. I think we are definitely going to practice and work on specific drills for our team with the new players,” said junior Alex McGregor.

As the underclassmen dominate the player count, it’s their chance to show the team what skills they have in store for the seasons to come. The coach is looking forward to working with the new players together as they are the foundation for the future water polo team.

“I think having only six returning seniors is going to make everyone step up a little more because there’s less seniors who are more experienced that we can rely on to help out our team.,” Strotz said.

The girl’s play next tonight against Novato High School.