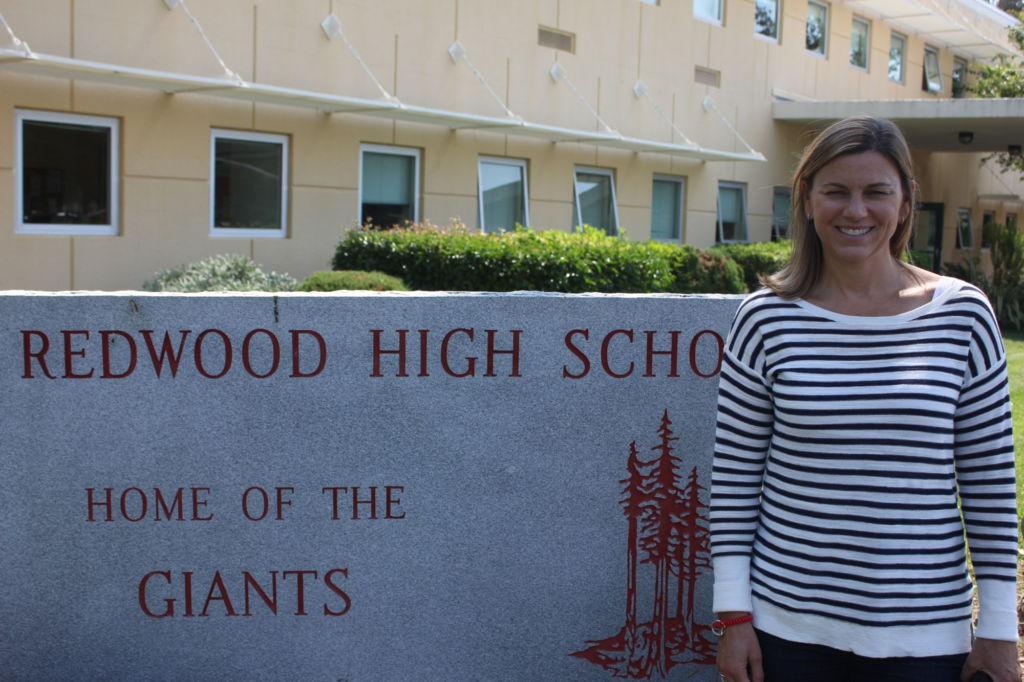 Hall oversees a variety of programs, including special ed, PE, and the library.

“What’s interesting is that in 20 years, Redwood hasn’t changed too much. It’s definitely bigger. Back then it was about 1,300 students, and now we have 1,900—and I thought the hallways were crowded then!” said Sue Hall, a former special education teacher at Redwood and the newest addition to the administration team.

The unique part of Hall becoming an assistant principal at Redwood is that while she is newly joining the administration, she is re-joining the Redwood staff. Hall started at Redwood in 1997, teaching in the Special Education program, which was half of its current size with only four teachers. After spending three years here, Hall stayed in the Tamalpais Union High School District (TUHSD), teaching at Tamalpais High for a few years, then moving to Drake to be an assistant principal there and working alongside Redwood’s current principal David Sondheim.

“I worked with [Hall] before at Drake. I know from her experiences at Redwood, and in the district that she has that passion, she has that systems thinking and student thinking, and she gets along great with others,” Sondheim said of his experience working with Hall.

After working at Drake, Hall became principal of Tamiscal for a year and a half. Then she moved to Los Angeles, becoming principal of four different programs: a continuation school, an independent study program, a community day school and a student attendance review board. Additionally, she was a special education representative for her school district.

According to Hall, part of her excitement about returning to Redwood is due to her close relationships with many of the staff, including Sondheim and assistant principal LaSandra White.

“When I heard Mr. Sondheim was the principal at Redwood, it was one of the reasons I wanted to come here, because of how positive he is and how positive it is here,” Hall said. “I’ve also known Mrs.White since I started teaching here 20 years ago, and we stayed connected even after I moved to LA. It’s pretty lucky, to get along so well.”

Julie Norwood, current math teacher and longtime friend of Hall, is looking forward  to have her back at Redwood.

“[Hall] is a great fit here. She’s honest, she always tells it like it is, and she has tons of energy,” Norwood said.

Upon returning to Redwood, Hall will supervise a variety of programs, some of which include special education, social studies, the library and physical education. According to Hall, despite her various and hefty responsibilities, her favorite part of the Redwood community is working with the students—same as it was twenty years ago.

“The students are all so nice and polite—just a really great student body—kind people, good people, and I always enjoy meeting the students here. They’re positive and friendly, just like they were twenty years ago. I love just being in the classroom, and watching the students learn is definitely the most fun part,” Hall said.