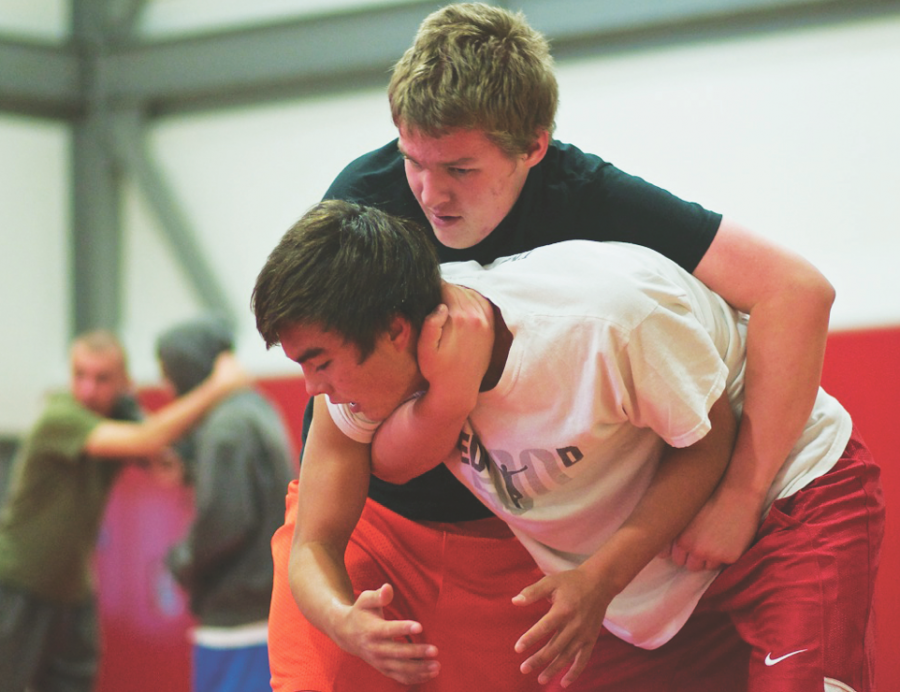 Inspired by a new assistant coach, the varsity wrestling team has gotten off to a solid start, with numerous athletes showing promise.

The team placed seventh out of 15 teams in a Northern California tournament and lost a dual meet against returning NCS champ Albany High School, but was encouraged by a strong showing at last Saturday’s Golden Gate Invite. The Giants took fifth place at the 30-team tournament, with junior Nathan Morris placing first in his weight class. 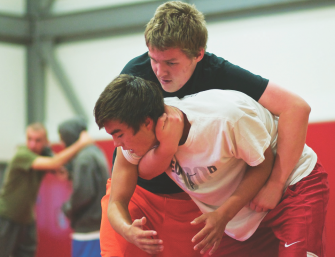 “We focused a lot on tech, which was very effective during the tournament,” Morris said.

The increased emphasis on technical skills is in part due to Jon Clark, a new assistant coach who wrestled at UC Davis. Clark has filled the void left by Paul Schloesser, former co-head coach who recently took a teaching job at Windsor High School. Although Schloesser still comes to practices whenever possible, Clark has taken on a significant role.

Morris said Clark has taught the team moves such as the “explode switch,” which allows the wrestler to gain position after being trapped under his opponent. Morris also said Clark taught the team how to execute a single leg takedown when the opponent has a favorable arm position called the “Russian tie.”

Clark has gotten young wrestlers excited about the sport, according to Morris.

“We had a couple place really high at a JV tournament,” Morris said. “They are progressing fast and being coached by this new young assistant coach is helping them a lot.”