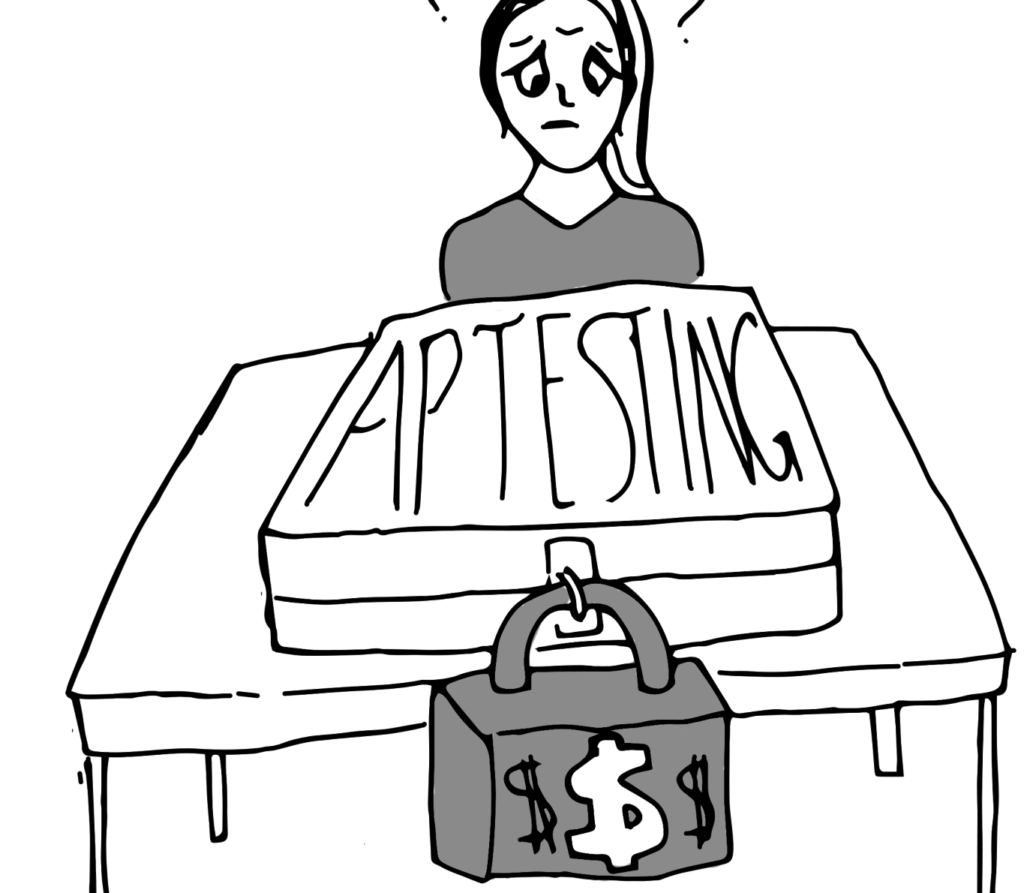 I understand the difficulties of trying to afford AP tests when a family has limited amounts of money to spend on testing. With four kids in my family, and three of us at Redwood, eight AP tests was a high toll to pay, totaling to almost $750. Fortunately, I knew how to get financial assistance from the school, and my siblings and I were able to take our tests.

Although I knew how to get a fee waiver for AP Exams, a lot of other students in the Tam District do not. According to the College Board, only 11 low-income students took AP Exams in the Tam District last year in 2016. I find it very hard to believe that only 11 low-income students took AP classes in the entire district, when this year 757 students at Redwood alone took AP classes, according to Assistant Principal Secretary Dina Craft.

On top of this, receiving financial assistance will only be more challenging for lower-income students thanks to a new national education law: the Every Student Succeeds Act (ESSA). ESSA was officially implemented this year, and makes it harder for lower-income students to receive aid for AP Exams. ESSA allows states and school districts to be more accountable for educational choices by putting federally-funded school programs all under one umbrella. This makes it harder for schools to distribute money to students in need, specifically for AP Exams.

Changes for AP Exam funding have already affected more than 500,000 low-income AP students nationwide, according to the College Board. A new act should really minimize the achievement gap between high and low-income students, but ESSA further offsets access to AP tests for lower-income students.

According to a report done by The Education Trust called “Finding America’s Missing AP and IB Students,” middle and high-income students who attend schools with AP classes are three times more likely to enroll in an AP course than low-income students.

When I enrolled in my AP courses, I knew of the costs and how to overcome them. But other students may not, which could be why less low-income students nationwide enroll in AP classes in the first place. But the government has created another barrier with ESSA, which will only make closing the achievement gap harder.

Fortunately, our district is wealthier than most in the nation, so it probably won’t be as affected by the changes from ESSA. Yet, financial assistance to students is still not necessarily advertised to the student body. According to a May Bark survey, 49 percent of Redwood students are unaware of need-based financial aid for AP tests.

However, there is a difference between needing and wanting financial aid. A reason for the lack of knowledge surrounding financial aid could be because it isn’t needed by the majority of the student body. But, this lack of publicity makes it so some students, like myself, can be benefitting from this assistance while others in the same situation are unable to get the support they need.

After taking an AP test, I learned that a classmate of mine didn’t take the test because he couldn’t pay the price and was unaware of the fee waiver at the time. He’s performed well on our practice tests and participates during class, so I imagine that he would have scored high on the exam. Hearing that finances prevented him from taking the test was upsetting to me.

According to the May Bark survey, just 24 percent of the Redwood student body was notified by a teacher about a fee waiver option for the AP tests. Redwood’s staff isn’t sharing this necessary information to enough of its students, which is concerning because it is preventing some students from taking the tests for which they have prepared all year.

The small percentage of lower-income students taking AP tests is worrisome, but it’s safe to presume that the small fraction of low-income test takers is due to the abnormally wealthy community we live in. To combat this, the Tam District can try to publicize fee waivers to those who need it. And hopefully, as the changes from ESSA become clearer, school districts will find a way use the act’s freedom to their advantage and more effectively grant financial aid for AP Exams.