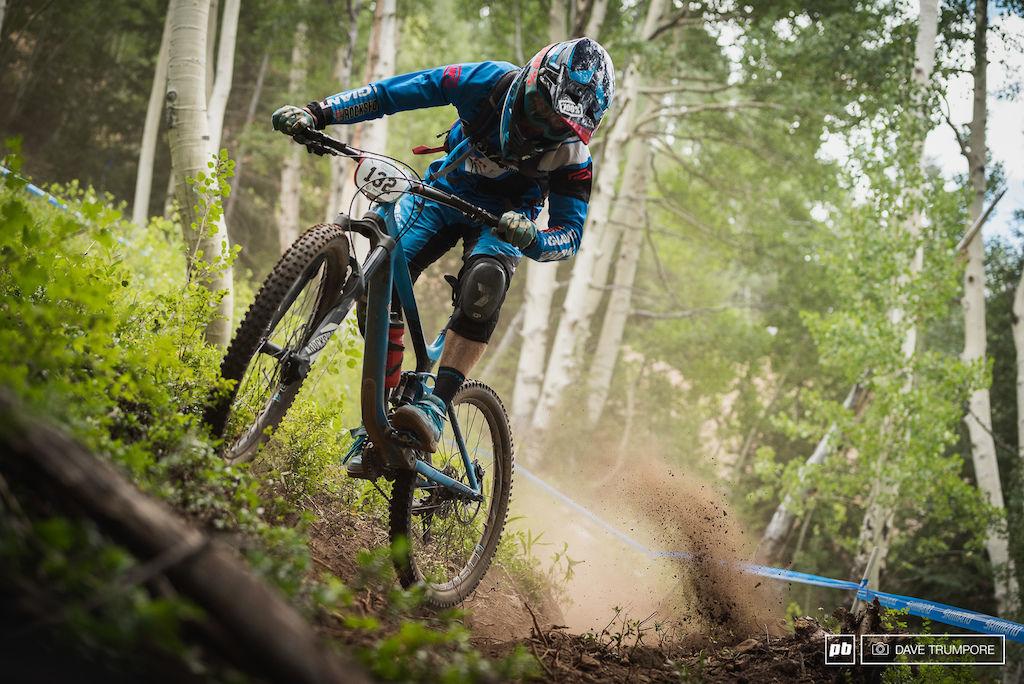 Senior Teddy Hayden picked up mountain biking for fun in middle school, but it quickly became something much more than a hobby. Since he first started riding, he has become one of the best bikers, not only in the school, but in the nation.

Hayden specializes in a specific type of mountain biking called enduro, which is timed, downhill-oriented riding. In enduro races across the country, Hayden has achieved incredible success, and he considers his biggest accomplishment to be his national championship win as a sophomore.

Following that, he finished second in the 2015 Enduro World Series Round 5 in Crested Butte, Colorado, against some of the best under-21 male bikers in the world. At the time, Hayden was 16.

“I think the thing that sets [Hayden] apart is his work ethic,” said Matt Koen, one of Hayden’s teammates, who graduated from Redwood last year.

Hayden said that he originally got into mountain biking for the fun of it, but he quickly discovered that the sport has many other benefits.

“I like how different it is than any other sport,” Hayden said. “It combines fitness and discipline with just having fun.”

He also enjoys the adrenaline and danger that is present in mountain biking compared to other, more traditional sports.

“It’s a sport where people are dying, so there’s definitely a fear factor in there that I really enjoy,” Hayden said.

“It’s one thing to see [Hayden biking] in a video, but it’s actually mind blowing to see how fast he goes in person,” said senior Robert McInnis, one of Hayden’s friends who bikes with Hayden often.

Hayden enjoys the independent aspect of the sport, spending hours alone with just his own thoughts, connecting with nature.

While Hayden has an impressive record on the trails, he originally started his athletic career on the ocean and started sailing in middle school.

Hayden said that the commitment to biking has taken away a lot of time from his schoolwork and other aspects of his life, but he definitely sees it as a worthwhile sacrifice.

During a typical week, Hayden goes to the gym three days a week to do strength training and conditioning. The other 60 percent of his training takes place on a bike. He does interval training on the road and he travels to Santa Cruz, Pacifica and other locations in Marin where there are jumps and downhill trails on which to practice.

Much like a mountain biking trail, Hayden’s biking career has had its ups and downs.  In his junior year, he had two crashes that kept him off the bike for seven months.

“He matured a lot after he went through those injuries,” Koen said.

A fair amount of that recovery time was spent in a hospital after Hayden suffered a concussion, a compound fracture in his wrist, a torn quad tendon, a dislocated shoulder and a broken glenoid.

“I got pretty depressed watching all my friends ride and train,” Hayden said. “It gave me an opportunity to consider my options for the future.”

Hayden has decided to continue his education next year at UC Santa Cruz instead of signing with a factory team, but he expects to keep biking for fun.