Prep of the Year: Glennis Murphy 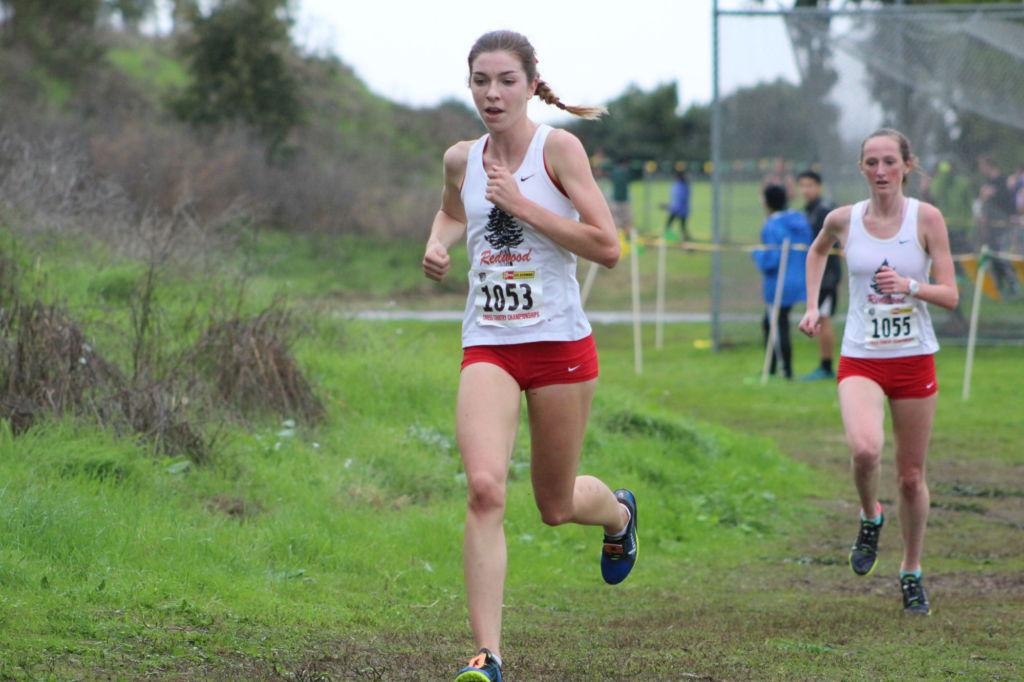 “I distinctly remember my first week. It was crazy and I ran my butt off every day and it was really hard, but I knew literally on the first day that it was something I wanted to do,” said senior Glennis Murphy of her first week running for cross country.

Since then, Murphy has had continued success, winning the 2016 California Interscholastic Federation (CIF) Division III state title in cross country, the first in Redwood’s history, with a time of 17:27.2 in the 5K race, placed sixth at the 2015 Foot Locker Regional Cross Country Championships West Regional meet where she ran against athletes from 12 states, placed 28th out of 200 in the 2016 Nike Cross Nationals meet, placed 21st out of 40 in the 2015 Foot Locker Cross Country National Championships, and finally placed fifth in the 2015 CIF DII State cross country meet.

Murphy accredits her stellar track career to her dad, who first introduced her to the sport.

“My dad always talked to me about his running experiences and how fun it was so I decided that I would try cross country and track and see how it went,” Murphy said.

In the fall, Murphy will be attending Dartmouth College as a member of both its women’s track and field team as well as the cross country team.

According to Murphy, she was also recruited by Yale, University of Virginia, UC Berkeley and Stanford, but zeroed in on Dartmouth after taking an official visit there.

“[Deciding where to run next year] was a really tough decision. I was really torn since there were scholarship opportunities other places and Ivy League schools can’t offer them. I picked Dartmouth because I just loved the school,” Murphy said. “The campus was really beautiful and it was a really good community. I felt like that I would be friends with everyone at the school but I would not be isolated to just the team. I also could not deny the academics.”

Dartmouth coach Courtney Jaworski said he is very excited to have Murphy on his squad for the next four years.

“First off, Glennis is a stellar athlete. She has done very well, not only at the regional level but at the state level in California. That is a great thing in terms of what college coaches look for,” Jaworski said.

Jaworski said that the team fell in love with Murphy and her personality when she visited the team on her official visit.

“She has a really great personality. She really meshed well with the team. They fell in love with her. It’s nice to have not only the athleticism, but the nice work ethic and generally happy person around,” Jaworski said. “You want to make sure that there are not only people who work hard but also bring about a good aura to the team.”

Redwood teammate and fellow senior Andrew Thomas also said that Murphy’s personality has a positive impact on her teammates.

“If you think about the culture of Redwood cross country and track, it is all about success and winning and not only having great depth of athletes, but also quality individuals,” Thomas said. “I think that [Murphy] is a very integral part of that culture and she is one of the individuals that heightens the team to level we are at.”

Jaworski said that he expects Murphy to have an impact early in her collegiate career and has high hopes for her to join the Big Green’s top seven runners.

“The worst part of coaching is seeing your athletes leave and go play for someone else, but the best part is seeing them go on to the next level,” Schmitt said. “I know [Murphy] is prepared and ready for the next level and that is a great feeling.”

Schmitt said that she expects Murphy to have continued success at Dartmouth.

“If you are someone who has a lot of talent and is willing to work hard like [Murphy], the sky’s the limit for your potential,” Schmitt said.

Murphy brings an eagerness to improve, which is is one of the most important qualities of an athlete, according to Schmitt.

“[Murphy] came in as a freshman, eager to learn and grow in the sport. She came in with talent but she was able to put in the work to grow,” Schmitt said. “[Murphy] is going to have instant success. That is an absolute. She is going to transition beautifully. She can run for a long time.”