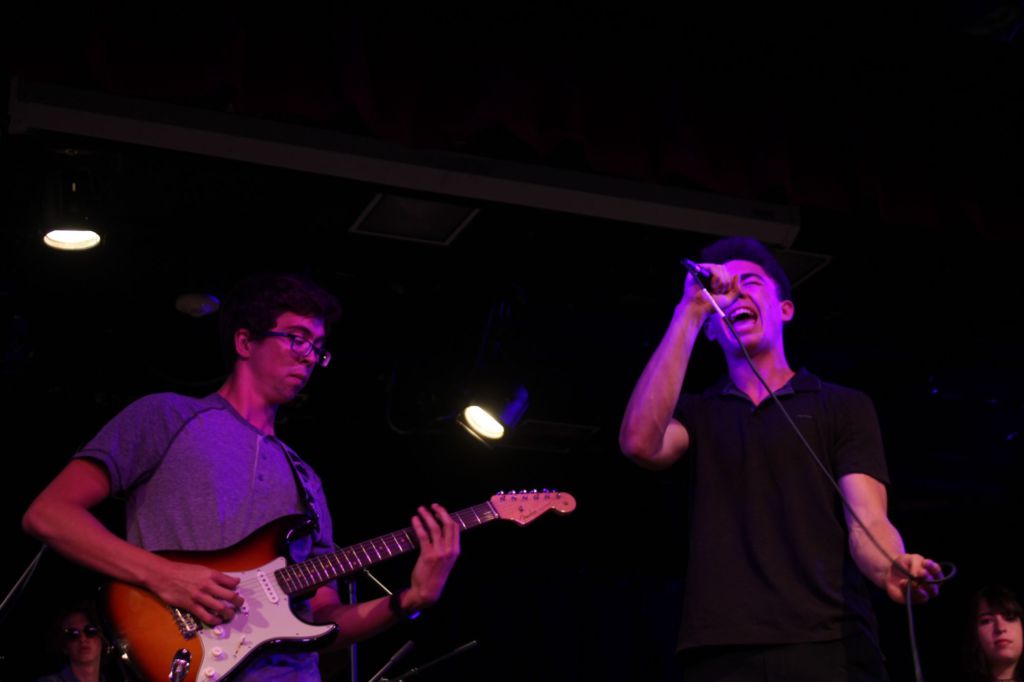 Bittersweet melodies filled the Little Theater as the Advanced Performance Workshop (APW) class held their final concert of the year on the nights of May 25th and 26th.

The two-night concert gave the APW students a chance to showcase covers, original songs and unique arrangements that they have been working on throughout the semester. The performance was also a final send-off for the nine seniors that participated in the music department, many since freshman year.

“It’s a really unique part of my job, I get to work with most of them for four years so you get a connection and you get to know them pretty well.  I’m going to miss these guys; a lot of talent is graduating,” said APW teacher John Mattern.

While the APW class is losing many members to graduation, Mattern and the students are confident that the program will maintain its strength.

“[Last year] we just took lessons that we’ve been taught by the older people and applied that to what we were doing it music. The kids that have been with us step it up and we’re just passing them the torch and they know what it takes to be a good musician,” said graduating senior Matty Michna.

Junior Jane Burke is confident that the incoming class will be equally as strong as the current class, despite the loss of many talented musicians.

“There are only going to be a couple of seniors next year in this class, but with other people coming it it will be really good. In the IPW [Intermediate Performance Workshop] class there are a lot of really good musicians that I saw when I came last week, and I’m just really excited for new people to learn and advance,” Burke said.

Michna feels that, along with a willingness to learn, a strong connection within the class is what makes the performances so great.

While many graduates will continue their music careers into college in the fall, the concert marks the end of an era, according to senior Tanner Jacobberger.

“It was sad for the last performance, especially the seniors. We’ve been working so hard this past semester. We still have graduation music which will be our final set but it’s sad to see this high school chapter end especially how far we’ve come in music,” Jacobberger said.