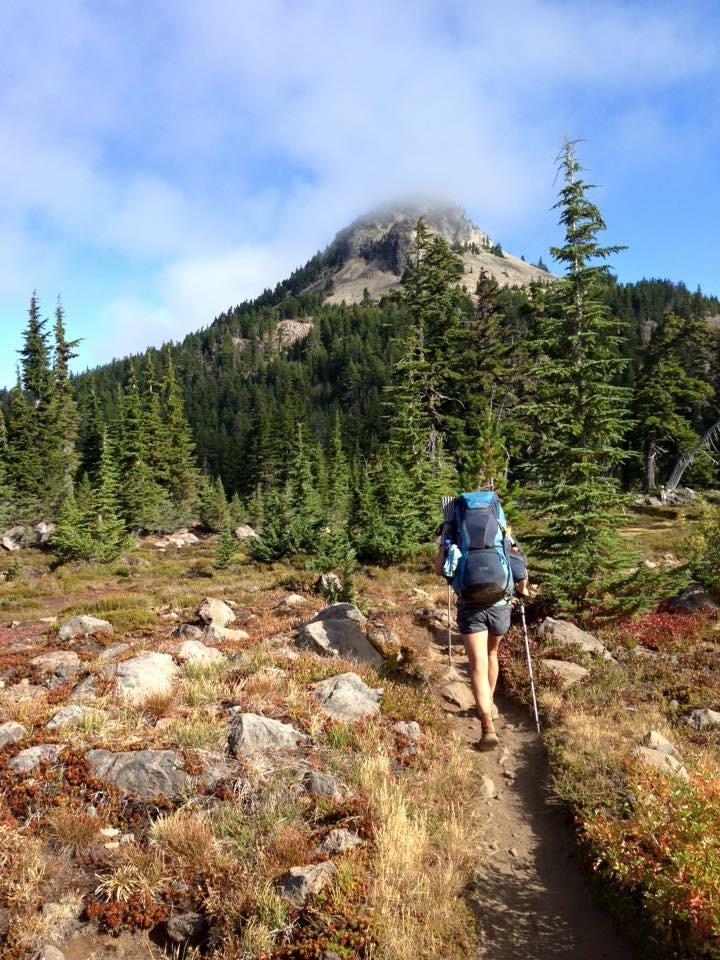 Long days, sore feet, heavy backpacks — this is what awaits those who attempt the Pacific Crest Trail (PCT) — as well as beautiful views, new friendships, self-discovery and the adventure of a lifetime. This combination proved irresistible to senior Robert McInnis, who plans to hike the trail in its entirety in the spring of 2018 after being inspired by his sister, Redwood Class of 2014 alum Julia McInnis.

The PCT spans 2,659 miles of the West Coast between Mexico and Canada and takes the average backpacker between four and a half to five and a half months to complete, according to the Pacific Crest Trail Association website.

“[You] hike four to nine days in between each town and then you come across these super small towns and resupply, get food and then you’ll just depart again into the woods,” Robert said.

According to Robert, he and previous Redwood student Jack Harper, with whom he will be making the journey, had initially envisioned hiking only a section of the trail.

“[Harper and I] talked about it earlier and he was like, ‘There’s no way I want to do the whole trail,’ and I thought that too,” Robert said. “But then we kept thinking about it and it made sense to just do the whole thing, like why not?”

The idea to hike the trail first started forming after Robert joined Julia on the first three days of her trek in the summer of 2015. She completed the section of the PCT between Echo Lake (near Lake Tahoe) and Canada with her friend Rachel Urban.

“I saw my sister do it, and it looked super fun and like a cool experience,” Robert said.

Though the first few days were tough, according to Julia, she enjoyed her brother’s company and is excited that he will also be hiking the PCT.

“The first few days were such a slap in the face,” Julia said. “I was stoked, though, that my brother came. He’s way cooler than me in every way, so it was fun to have him out there.”

According to Robert, he has experience backpacking, including in high altitude in Colorado, and does not plan to train specifically for the PCT.

“People say the first two weeks are the hardest, and then it just starts to get easier,” Robert said.

However, the physical component of the trek is a challenge for everyone, according to Julia.

“You can be the fittest person ever and when you get out there, your body just goes into utter shock, because the reality of it is nothing you can do is really going to prepare you except hiking [the PCT] itself,” Julia said. “I did a few half marathons, I rock climb, I ski and I live a really active lifestyle, but nothing is the same, nothing can train you for carrying a 23-pound pack and hiking over a marathon a day.”

Though the total number of thru-hikers is unknown, 698 people self-reported completing the PCT in 2016, according to the Pacific Coast Trail Association website.

As PCT veterans frequently comment on the connections they make to other hikers during their journey, Robert said he is looking forward to meeting new people while on the trail.

“There are so many people that already hike the trail, so you meet people and hike with them for a couple days, split up and then maybe meet up with them again,” Robert said.

The social aspect of the PCT was one of Julia’s favorite parts of her hike. In fact, she hiked with a few people she met for several hundred miles of the trail.

“It’s a really special group of people that go out there. No one can really understand the hilarious and crazy moments that you experience [on the trail] unless you’re doing it,” Julia said.

Julia would advise future PCT hikers to make sure they are informed about the trail before they begin, as they are capable of putting not only themselves but other hikers in danger. However, she also wanted to encourage fun and positivity.

Though she faced some criticism, she said she remained confident and tried not to let it get to her.

“Along the way, I got a lot of comments like, ‘Oh, you’re out here alone as a girl, do you have a gun?’ and all that kind of bullshit,” Julia said. “If you just go out there to smile and have fun, then it doesn’t matter what anyone else says. You’re going out there to hike it for yourself and in the end you’re all hiking the same trail north, so it doesn’t matter how you get there or how fast you go.”

According to Robert, he is looking forward to spending time in the wilderness, and to the spontaneity that the trail allows.

Julia was not surprised that Robert wanted to hike the PCT, and said she is pleased with his decision.

“He would not only be great out there, but I think that the trail would be really great for him. The trail provides—this is kind of a corny saying that people talked about a lot out there —but it really does. It teaches you what you need to know, it helps you gain confidence or learn about yourself and how you are in situations,” Julia said. “Every person goes out there for their own reasons and everyone walks away from it with something different.”