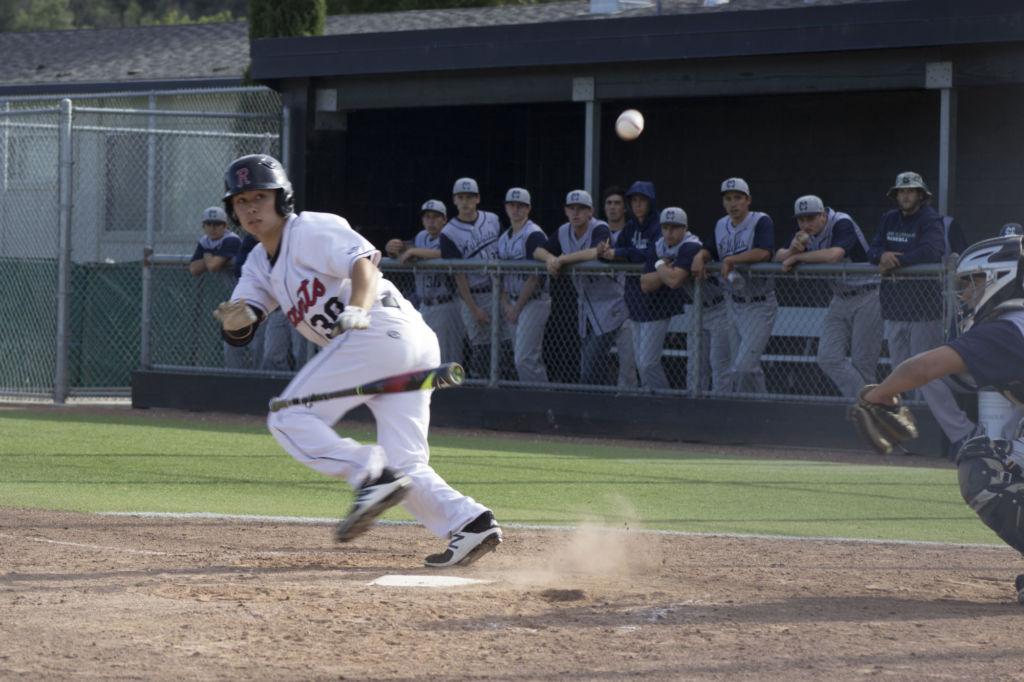 After routing Justin Siena in a 17-0 game on Thursday, the varsity baseball team took a 8-3 loss to one of their biggest rivals, Marin Catholic, on Friday. This has been Redwood’s first loss against Marin Catholic in two years.

“I think as soon as they scored big in the second and third inning we got down on ourselves because we were losing and stopped believing we could win,” senior Nicolas Belgum said.

The Giants were able to get two runs on the board in the bottom of the sixth inning after senior Gregory Block was walked to first base and sophomore Jackson Barry reached based on an error. Block and Barry scored two runs on an overthrow from the Marin Catholic shortstop to first base.

Redwood got a third run on the board in the bottom of the seventh inning. After junior Anthony Pomilia hit a single, both junior Luke Zlatunich and senior Aubrey Sine were walked by the Marin Catholic pitcher. Barry hit a sacrifice fly sending Pomilia home and ending the game on a 8-3 loss.

“Going into the last week of the regular season and the playoffs, it is important to remember how talented and well-coached we are and to never give up on a game until the last out,” Belgum said.

The Giants are now in third place behind Marin Catholic and Drake.

Redwood will play their next game at Drake this Tuesday.