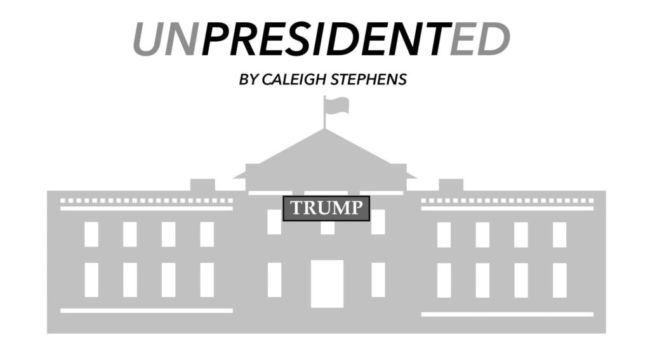 Running the massive entity of the U.S. Federal Government is not a one-man job. There is a singular president, yes, but below him is an endless tangle of bureaucracy and public servants. The size of the U.S. government surpasses that of even the largest corporation, yet the positions that need to be filled to ensure everything works effectively remain startlingly vacant.

Data from the nonpartisan Partnership for Public Service (PPS) shows that of the 553 key positions that require presidential nomination and Senate confirmation, only 22 are filled. Another 19 positions are awaiting confirmation as of press. That leaves more than 500 open and without a successor in sight. The government simply cannot function properly as high-up offices fall to the hands of stand-ins and career civil servants.

Trump’s cabinet is close to completely confirmed, but those second and third tier positions that must be appointed lay empty. None of his Cabinet secretaries currently have deputies. All across the government, positions for ambassadors and general counsels and financial officers, among others, remain unfilled and contribute to a government that is stuck in the mud.

Nowhere is that more apparent than in the State Department. Secretary of State Rex Tillerson is in place, yet Trump has not yet named most of the other positions. Of the 119 positions that must be confirmed by the Senate, according to the PPS, only 5 have been announced as potential nominees, and apart from Tillerson, only two have been confirmed. As a result, the department as a whole has slowed to a crawl, completely abandoning the custom daily press releases until starting them up again only a few weeks ago.

Trump is nowhere near where he should be at this point in terms of position appointees. According to early March data from the Office of Government Ethics, the agency had only received 63 financial disclosure reviews for nominees, compared to the 228 that had been submitted by the Obama administration at the same date in 2009. And as far as submitting nominations, data from the nonpartisan Center for Presidential Transition found that while former President Barack Obama had submitted 70 to the Senate by March 12, Trump had only sent in a measly 36.

Obama was criticized in 2009 for his slow pace of nominations, especially with the giant stimulus bill he swiftly passed, yet Trump gives slow a whole new meaning. We’re lucky that there is currently no large threat or problem that requires whole government action, as the administration is currently ill-prepared for any disaster that may strike. At this time, it is doubtful the Trump administration would be able to quickly and effectively deal with even the most minor of crises.

Trump’s inability to nominate, and his unwillingness to properly vet, nominees, as is demonstrated by the swift departure of National Security Adviser Michael Flynn and the withdrawals of potential Labor Secretary Andrew Puzder and Army Secretary Vincent Viola, may stem in part from his business past. Unlike other corporations, the Trump organization has always relied largely on a small, family-based circle of loyal advisers. And at the end of the day, it was Trump himself who made most decisions, without the counsel of anyone. In his 2004 autobiography, Trump wrote, “At the Trump Organization, I listen to people, but my vision is my vision.”

Trump is also faced with a government without the same blind loyalty he previously enjoyed at the Trump Organization. And that’s started to be a problem for him. Before Secretary of Housing and Urban Development Ben Carson had even started his first day, Trump fired one of Carson’s senior advisers, Shermichael Singleton, as Singleton had written critically about Trump before his election. In many of the nominees, the Trump administration has demonstrated a willingness to place loyalty over qualification and to emphasize complete historical approval of Trump instead of experience.

Currently, Trump is faced with a bureaucracy where he simply cannot make all the decisions himself. And his ill-preparedness shows.

In February, the president said of the matter, “A lot of these jobs, I don’t want to appoint because they’re unnecessary to have.” Yet, Trump has taken no steps to eliminate these jobs, rather just place them in the hands of Obama-era stand ins. If Trump truly wants to complete the large policy overhauls he has touted as cornerstones of his administration, then he needs to create a government that can effectively complete a simple task. Consider the Environmental Protection Agency as an example. Of the 13 key positions Trump must nominate, only the Administrator, Scott Pruitt, has been confirmed or even named. Trump claims he will roll back protections and regulations, but his plans are an impossibility in an agency so empty.

The Trump administration, and the agencies that surround it, are in a state of turmoil, ill prepared for whatever may come. Whatever actions Trump hopes to take, he better quickly realize he can’t do them all with the stroke of a pen.