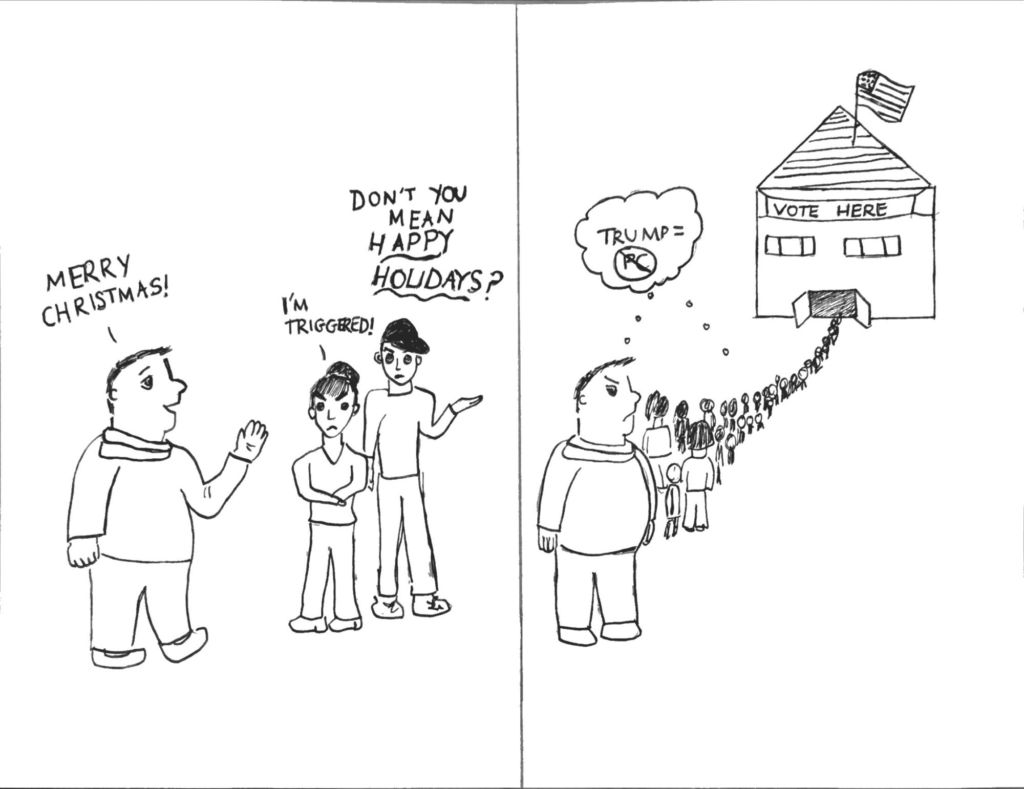 My mother returned home from work looking a little distressed one afternoon earlier this year. As part of her job as an assistant teacher for a third grade class at a local elementary school, she supervises the kids during recess to make sure they’re playing safely.

During recess that day, there had been a big line outside the gaga pit. There, the kids usually play gaga ball, a game which requires players to hit their opponents with a ball to eliminate them. When she went to see what was causing the hold up, she found a group of five girls occupying the area. The girls weren’t playing according to the rules, thus no one got struck out, depriving the other kids of a chance to play. My mother told them that they were playing with “no energy,” and that it would be fair if they moved on to the next game and let the other kids get their turn.

Her seemingly harmless comment came back to bite her later that day. Apparently, one of the five girls had complained to another teacher that my mom had discriminated against them because they were girls by saying they had “no energy” in their game.

My mom was shocked that they had interpreted her comment that way. Being a feminist herself, she was hurt that such an accusation was made, when in fact she wasn’t trying to suggest that the girls’ gender had anything to do with what she had said regarding their behavior in the game.

These girls were quick to jump to conclusions about what my mother said without understanding what she meant. I have seen this behavior reflected in Marin as a whole.

This kind of oversensitivity and overwrought expectations of political correctness is a problem. On a national level, it may have been precisely what helped Donald Trump win the presidency.

Political correctness is defined as “conforming to a belief that language and practices which could offend political sensibilities (as in matters of sex and race) should be eliminated,” according to the Merriam-Webster dictionary.

Trump is known for his war on political correctness. He has publicly attacked the movement countless times and has promised to end it.

“I frankly don’t have time for total political correctness. And to be honest with you, the country doesn’t have time either,” Trump said in a Republican primary debate.

This message resonated with many conservatives. Greg Gutfeld, a co-host of the Fox News talk show “The Five,” discusses current political issues on the show. He explained the conservative rebellion against the PC movement.

“It’s a reaction against the media-academic complex which tells us what to say or else. [The PC movement] is PowerMag twerps who use reputational smears to brand us as evil until we submit. 2016 was about millions of Americans becoming intolerant towards that intolerant class,” Gutfeld said.

It’s not exclusively the conservatives who disapprove of this movement. A national survey conducted by Pew Research Center found that along with 78 percent of Republicans, 37 percent of Democrats think that people are too easily offended as well.

If my mom could feel so hurt by a third-grader suggesting she’s sexist, it is understandable that others like her felt cornered by those in the liberal elitist bubble nationwide. These liberals were placing people’s thoughts and words under constant scrutiny, then branding them as racists or bigots if they failed to meet the latest demands of political correctness.

Thus, these people voted for Trump who refuses to be politically correct and always “tells it like it is.”

Some might say that the opposition to political correctness is offering racists and xenophobes a safe haven to promote hate speech, making it socially acceptable for them to share such views. Of course this is not acceptable. Political correctness, to an extent, needs to exist to prevent the normalization of hateful rhetoric. The problem is only when it goes too far.

As a liberal myself, I do not disagree with political correctness in the same way that Trump and many of his supporters do. I do not think people should be free to make racist, bigoted and hateful comments without facing any consequence from society. But living in a place as liberal as Marin, I do believe that we should stop our liberal hypersensitivity and excessive expectations of political correctness from antagonizing a large chunk of Americans who feel targeted for holding their views. This will only cause a deeper divide and diminish the valid aspects of political correctness altogether.