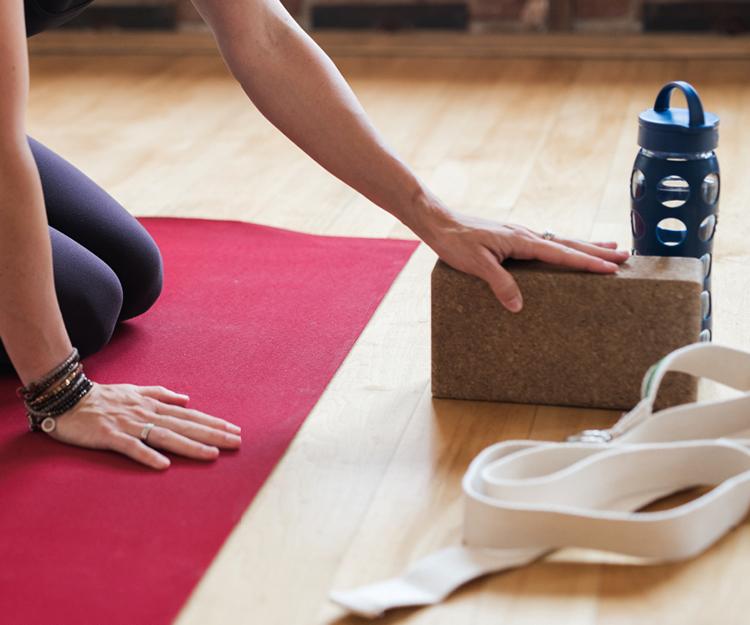 Stretching on my yoga mat in the dimly lit studio, I relax and try to clear my mind after a long, stressful day of school. As my mind slows down, I feel a sense of peace and well-being.

Yoga has become a more popular form of exercise over the past few years. A recent survey done by Yoga Journal shows that 74 percent of yoga practitioners have been practicing yoga for five years or less. Without having much experience in the past with yoga, I took this as an opportunity to explore the most popular yoga studios in Marin: YogaWorks, Red Dragon and Marin Power Yoga.

With over 40 locations in different cities throughout the United States, Yogaworks is very popular, so I knew I had to try it out. I chose their signature “Yogaworks” class, a blend of alignment yoga and breath awareness exercises. Walking into the Larkspur Landing studio, I was impressed by the giant seating area

filled with merchandise and high tech water stations to fuel up before class. However, the class itself did not fulfill my expectations or seem worth the $25 drop-in rate, despite the free trial class. It was completely full, and I felt crammed with over 30 other people in the room. Laying down our mats, we took deep breaths focusing on the air coming in and out of the nose. We slowly began by stretching our legs and lower back. Later, we moved into moderate core exercises such as planks and push ups. The whole class was led by one instructor guiding us with soothing words of encouragement. The class as a whole was a calming hour of relaxation and meditation, but lacked the more difficult physical aspect. In the end, I left unsatisfied, wishing for a harder workout.

Located in downtown San Anselmo, Marin Power Yoga offers a great workout for a decent price. Located down the street from their yoga studio is their clothing shop which sells Marin Power Yoga clothing, mats, blocks, straps and other yoga accessories. Not only does Marin Power Yoga offer yoga classes, but they also have TRX and Tko-boxing classes, as well as massage therapy. The first class is free and each class afterwards has a $20 drop-in rate. I decided to try their classic “Power Yoga” led by Erika Fischer, a fast flowing hot class characterized by movement focusing on strength and heart rate. The studio is one large area, providing open space for people during the class. At the beginning of the workout, they cranked up the heat, causing me to sweat and feel as if I were locked in a giant sauna throughout the intense workout. Although the heat made me feel extremely overheated at times, I enjoyed it because it caused me to sweat much more. Starting in child’s pose, the class flowed through different yoga poses, known as vinyasas. We incorporated common vinyasas such as downward dog, upward dog, baby cobra, chair and cobra. Later, we sat down on our mats and did core exercises like yogi bicycles, leg raises and full body sit ups. We ended our practice with deep meditation. I enjoyed this class because although it was a challenge, I left feeling empowered and at ease.

Red Dragon Yoga (with two studios in San Rafael and Mill Valley) was by far the best deal money wise. If you are new to the studio, you receive 10 days of unlimited yoga for only $10, or there is a $20 drop-in rate. I decided on their Bikram class, a sequence of 26 yoga exercises done in a room heated to 105 degrees. The San Rafael studio on 4th Street also displays clothes, mats, and other yoga accessories to purchase. The facility includes locker rooms with showers for customers to use after their workouts. The yoga room itself was spacious and capable of hosting numerous people. We started the class with moderate stretches and breathing to clear the mind. The class continued with different posture and alignment exercises. Because of the blasting heat, I definitely broke a sweat, but not from the exercise we were doing. I felt the class was slightly too choppy, moving from pose to pose too quickly. The class would have been more enjoyable if there was music playing, which would have made the class feel more rhythmic rather than rushed. Overall, Red Dragon Yoga offered a workout for a great price, but lacked the relaxation I was striving for.