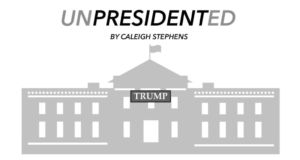 Fulfilling numerous campaign promises, President Donald Trump signed an executive order Tuesday that marked the beginning of a significant rollback in Obama-era climate protections. Most notably, the order directed the Environmental Protection Agency to start the withdrawal of Obama’s far-reaching Clean Power Plan (CPP) as well as lift smaller regulations such as the short-term ban on new coal mining on public lands.

Trump touts the action as a step for “energy independence,” yet the move is in actuality a step in the wrong direction, not only in the fight against climate change but also in Trump’s mission for a strong U.S. economy. Even with the actions Trump is set to dismantle in place the U.S. was not set to make the Paris Accords goal of decreasing emissions by more than 25 percent before 2025. Though Trump has not yet removed the U.S. from the Paris Agreement, reaching the goal seems an impossibility and bodes ill for global action against climate change.

But in true Trumpian fashion, the executive order is more bark than bite. The centerpiece of the order focuses around the Clean Power Plan, although the CPP has yet to be carried out as it has been frozen by a Supreme Court order.

Throughout Trump’s campaign and presidency, he has tried to portray himself as the first line of defense for coal miners, standing between them and the cruel environmentalists seeking to strip jobs from the majority of Middle Americans. This signing was no different as he surrounded himself by coal industry workers as he put pen to paper. Trump said just last week at a Kentucky rally that the executive order is “going to put our coal miners back to work.”

But Trump’s coal-friendly sentiments display a clear misunderstanding of simple economics. For one, the coal mining industry employs a relatively small portion of the whole U.S. population. U.S. Energy Department data found that coal companies employed a mere 65,971 miners in 2015. That accounts for less than ½ of a percent of the overall 2015 labor force, according to Bureau of Labor Statistics.

Trump is sacrificing much much more than he should to attempt to save a paltry number of jobs. And there is also no guarantee his efforts will do anything to save the few coal mining jobs. In all likelihood, the number of coal mining employees in the U.S. will continue to decline despite any presidential actions. It is important to note that just because Trump is helping the coal industry doesn’t mean he is helping to save coal mining jobs.

This is because the industry has gotten increasingly automated over the years. A Columbia University study found that the mining industry on the whole is a prime target for automation and is already implementing significant technological advances. The study also found that automation will likely replace up to 80 percent of mine workers. Furthermore, coal mining specifically has been impacted by recent technologies like automated longwall ploughs that require less manual support and will improve productivity by 10 percent. So even if coal mines continue to be profitable, it is more likely than not that coal miners will continue to lose their jobs.

It doesn’t help that coal is significantly more expensive to produce. A 2016 study by the University of Texas at Austin found that the cheapest power plants to build today are natural gas plants and wind farms, with coal plants costing significantly more to build across the country.

The coal industry is dying for a reason. Beyond the harm it causes to our environment, it is not an economically feasibly energy option anymore. Trump’s executive order will not save countless coal mining jobs, nor will it save the industry.

And this is the case where there is a true win-win option. Trump can protect the environment and help America’s economy. Brookings Institute data has found that in recent years the U.S. on the whole, and more than 30 states have decoupled their economy from carbon, increasing their GDP, while reducing carbon emissions. This trend shows that economic growth is not dependent on the health of fossil fuel industry.

As far as the coal workers out of a job, a 2016 study by the Michigan Technological University found that growth in the solar industry alone will be able to absorb all of the U.S. coal workers who will be laid off in the next 15 years. If anything, the government should be investing in re-training programs for coal industry workers and in clean energy sources. Trump’s main argument against climate change reforms has been economic in nature, but what Trump is really doing is fighting against the nature of economics.