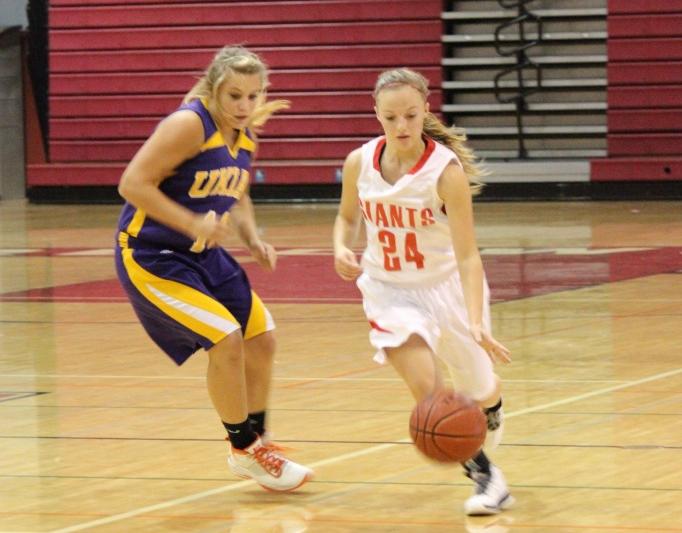 Ukiah dominated the game from the start, and used its defense and fast breaks to take a commanding lead.

Ukiah opened the game with a full-court press, and the Giants had trouble scoring, only putting numbers on the scoreboard with three minutes left in the first quarter. Although these points got the Giants within two, it would be as close as they would get for the rest of the game.

At halftime, Ukiah led 31-8, and although Redwood’s defense did much better in the second half, the Giants were held to a single bucket, making any thoughts of a comeback disappear.

Freshman Natalie Moorhedd led Redwood with six points, but Ukiah had six players on the score sheet, and out-rebounded the Giants all game.

The team’s next game will be on Friday, Dec. 7 against Cardinal Newman.