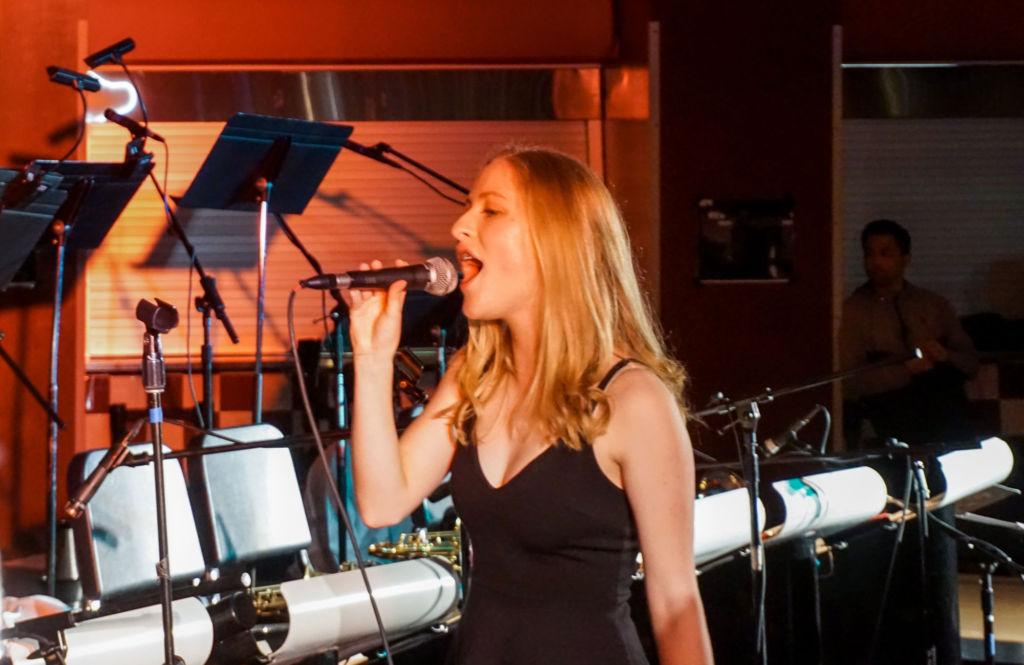 It’s 7:35 p.m., and there is a line of dressed-up students waiting to get into the music-filled CEA. Inside, skirts twirl and shoes squeak on the newly decorated CEA floor as students dance to jazz and swing music performed by their peers. Some students even pair off to swing dance with one another. Last Friday was the music department’s annual fundraiser, Night of Blues (NOB), where students enjoyed a night full of drinks, snacks, music, and dancing.

Lara Rajninger, a parent involved involved in the planning of Night of Blues, stated via email that though they didn’t have an exact ticket count, roughly 400 people attended the event last year. This year’s count was 488 tickets, sold online and at the door.

Those 488 students showed up ready to listen to the music the students had been working to perfect.  “I have a really high standard and the kids know that and so I don’t just let something get on stage unless I know it’ll really happen,” Mattern said.

For the past six weeks, music students have been preparing for the big event. Mattern said he was excited to see another success. Though this year’s performers are different than last year’s, Mattern said that they are producing the same high-quality work.

Bass player Stella Campodonico recounted how stressful the event can be for the musicians.

“A week ago today I didn’t know any of my songs–I think that goes for everyone in the class. We didn’t really know what was going on, but we got it together and I think it’s going pretty well,” Campodonico said.

Campodonico credited the better sound quality from this year’s event to the new location of the stage. The stage was placed in the back corner of the cafeteria, while in previous years it had been against one of the front walls. This new placement opened up more space for students to dance and move around.

Both students and parents alike crowded near the stage to get a good view of the performers.

“It’s fun being here, listening to music, being with friends,” Byck said.

Out of the 34 songs performed at Night of Blues, the two that really got the crowd swinging were “Born in Chicago” and “Hound Dog” led by singer Hannah Halford, according to Campodonico. The energy level of the crowd rose as those upbeat songs were performed.

“I love seeing all the students come to a student generated music event, it’s really cool, and more and more kids come every year,” Mattern said.