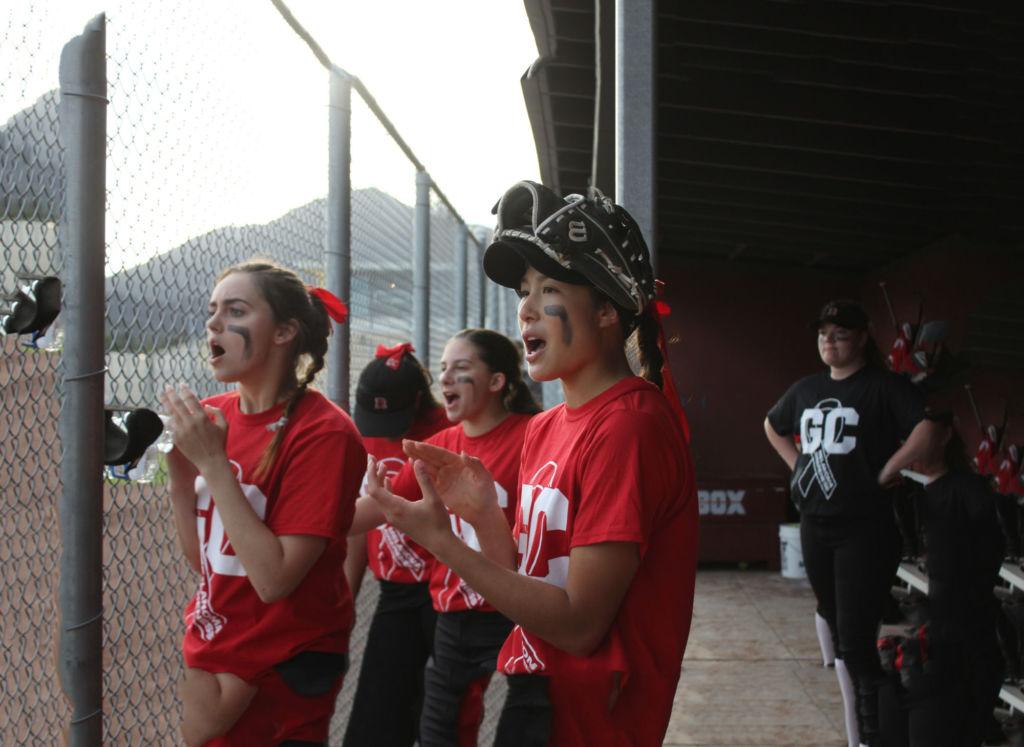 On Thursday, community members gathered to watch the varsity softball team play Tam in its first home league game. The game was dedicated to Casassa, who coached the team for 27 seasons.

“We are playing for [Casassa] today, but everyday we play for him,” said junior and starting pitcher Morgen Celis. “By playing on the field we’re kind of showing a little bit of him through us.”

Due to a combination of nerves and an unfortunate injury, the Giants got off to a rocky start. However, they soon found their footing. In a fitting close Redwood defeated Tam 7-2.

“I think [the Giants] were really nervous at the beginning. You know, we’re celebrating [Casassa], we’ve got all these fans here, we’ve got these shirts on,” said head coach Emily Atkinson. “As the game went on they got a little more comfortable and in their groove.”

While warming up the starting pitcher, junior and starting catcher Mandy Weitenhagen took a stray ball to the cheek. Athletic trainer Americ Alvarado was called to take a look, and Weitenhagen was soon taken to the hospital for a CT scan.

It was later determined that a bone in Weitenhagen’s cheek had been broken, according to Atkinson. The team is hoping she can return in about a month, but she is still working with doctors on recovery options.

With Weitenhagen injured, sophomore Katie Rose was called in to catch. This year is Rose’s first full season on varsity, after being brought in for last year’s postseason as  Weitenhagen’s back-up.

Tam came out strong in the first three innings, taking a 2-0 lead. But as the game progressed, the Giants found their rhythm. In the bottom of the third, junior Catherine Jensen knocked a ball out to the left field fence and helped put the Giants on the board. In the fourth, with two outs, Nunez singled to add to the Giants’ lead.

By the bottom of the sixth, the Giants had a 7-2 lead after Nunez raked in two additional RBIs. In the seventh inning, Tam managed to score their third run on a past ball at home plate for a final score of 7-3.

“We are definitely a better team than we played today and [the players know it] know it, but I’m just glad they were able to pull it out,” Atkinson said.