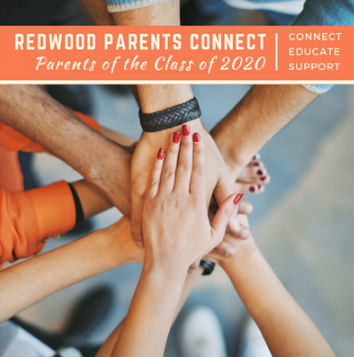 Redwood Night Live (RNL) is commonly associated with the word “dodgeball” and with the fun events they host for students. However, the club has expanded its focus, and is hosting its first-ever discussion forum on March 9.

The purpose of the forum is to give parents an opportunity to explore the issue of high school substance abuse by listening to the experiences of the teenagers who run the club.

The Parent Night was created through a partnership between RNL and 2020 Redwood Parents Connect, a preexisting discussion group of freshman parents led by Vickie Vann and Deb Blum. The hour-and-a-half long event will consist of a group discussion facilitated by the leaders of RNL, and then will break into smaller groups for discussions on specific topics relating to how the parents can handle substance abuse with their children.

According to junior and RNL Vice President Dalton Jatsek, the event will focus on how parents can communicate their ideas about drinking with their kids more clearly, and establish how they expect their kids to behave. However, it’s not a discussion on how parents can set strict guidelines, but more so to inform parents of how their teens like to be talked to about substance abuse.

RNL teacher advisor Jon Hirsch said the club has been trying to think of ways to incorporate parents into the club’s outreach to the community for years.

“We want to try to minimize the consequences and the dangers of binge drinking in our community, and teens get pointed the finger at, but the reality is those behaviors start at home,” Hirsch said. “So engaging the parents and having open and honest conversations that help the parents to reflect not only on their behavior but on their relationships with their teens is a critical part of mitigating the problems of binge drinking in our community.”

Vann, a freshman parent, believes that it’s vital to hear the opinions of the teenagers themselves on these topics, especially upperclassmen who have experienced what it feels like to talk to their parents about substance abuse.

“We get to find out what’s going on, what our kids need to look out for, what’s already worked between [the upperclassmen] and their parents, and what hasn’t worked with these kids and their parents,” Vann said. “Our whole thing is wanting to connect with our kids and not alienate, even as we’re talking about difficult subjects like substance abuse.”

Jatsek also thinks it’s beneficial for students like herself to lead the discussion so they can get across what works and what doesn’t in terms of discussing substance abuse with teenagers.

“I think having students run it is very good because all the parents are incoming freshman and middle school parents, so it’s like hearing from upperclassmen about what drinking actually looks like, and a kid’s perspective has more of an effect on parents,” Jatsek said.

Jatsek feels that it is the club’s responsibility to put on this event because the club’s purpose revolves around changing the “social norm” of high school binge drinking and minimizing the need for teens to want to use substances for fun. Hirsch, however, thinks that it does not matter who puts on the event, as long as the topic is covered.

“I don’t necessarily think it’s [RNL’s] responsibility; I think that having these conversations is part of having a healthy community,” Hirsch said. “Who puts it on is irrelevant. We saw a niche, we saw it was something we thought needed to be done. No one else was doing it. So we stepped up to do something that we thought was going to help make our community a better place.”

The Parent Night will only be available for parents who are already part of 2020 Redwood Parents Connect, so that a smaller group can test-run the event. Jatsek, Vann and Hirsch all believe, however, that the event has the potential to expand in the future and be open to all parents with teens of any age.