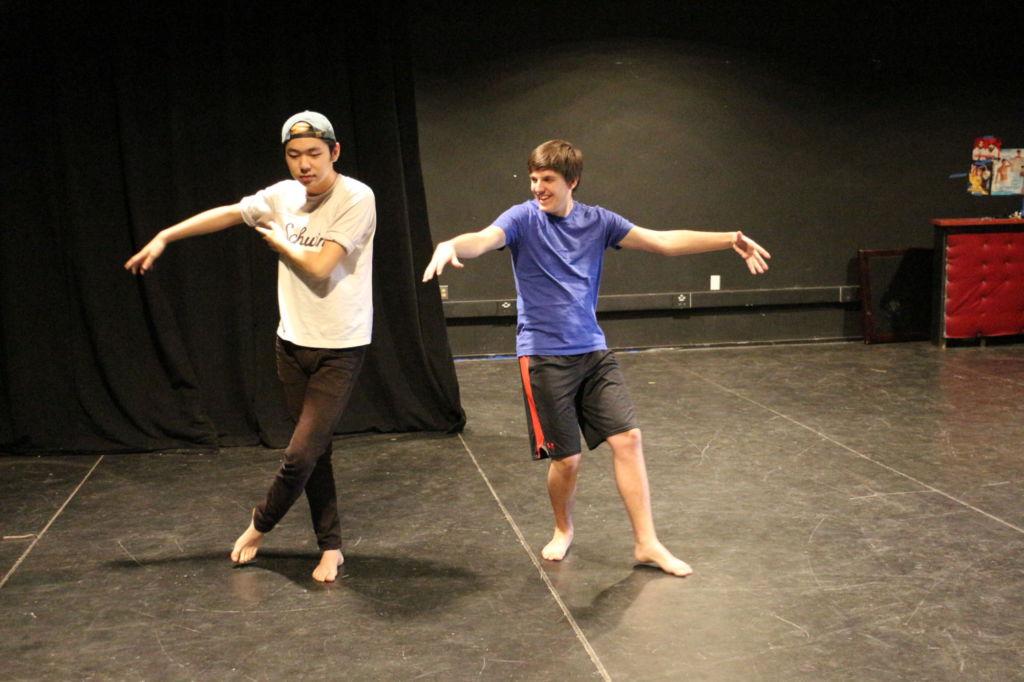 Over the past month, students have been writing and preparing a 35-minute play to perform at the festival, according to senior and cast member Will Gallagher.

A variety of drama teachers have been attending the festival for several years, and eventually decided to bring Redwood students along as well.

The Lenaea High School Theatre Festival is a non-profit organization that invites over 70 schools to compete in the three-day event. Students are able to compete and participate in a variety of categories pertaining to theater, according to the Lenaea website.

“They have workshops and people come and present plays. Most of the plays are ones that the actors have already performed but we decided to write and perform our own play like we do every year,” Gallagher said.

This year, the class was assigned, by their director Casey Thorne, to perform a play with a theme that differed from previous darker themes.

“Casey gave us a theme of emojis so we have created a play that kind of tells the story of emojis and how they are. It’s a little snapshot of life,” Gallagher said.

The class originally began their one-month Lenaea intensive in the beginning of January.

“The first week we started was the first week of winter break, so we went in from 10 a.m. to 5 p.m. every day. We basically wrote the play in that one week and have been rehearsing every Friday and Saturday,” Gallagher said.

Gallagher had mixed thoughts on the play, but was excited to perform the show.

At the festival, the class was judged and reviewed on several aspects of their play.

“The plays are ranked by judges and it has to be 35 minutes or under and then you go into a room and a judge comes in,” Gallagher said. “He’s called a reactant and they tell you what was good, what was bad, what they gathered from it.”

The festival took place at the Harris Center for the Arts at Folsom Lake College. According to Gallagher, the school has several theaters, always with a play performing on at least one.

“I think my favorite part is for our students is to be able to see what other students are doing across the country. Being able to come together and see what’s out there gives the students an opportunity to ultimately appreciate what they have outside of Marin County,” Berkowitz said.

Although the students have not had a lot of time to rehearse the play, the results always demonstrate their best performance.

“We have done pretty well because we have a lot of resources available to us so all of that translates to the final product,” Berkowitz said.

Despite the limited amount of time that they have to prepare, the students worked  intensively to perform well, according to Berkowitz.

“With the plays we normally do fairly well because that’s the focus. With the scenes and the monologues and the singing it sort of depends how much time those individuals that are taking those things to the festival practice,” Berkowitz said.

Advanced Drama performed the play at Redwood on Feb. 8 and 9 in room 306, the Black Box Theater.

“It’s a weird play just because it’s a play about emojis. You take what you can get when you’re writing something that specific. It’s not a theme like regret or fear, it’s a theme about emojis,” Gallagher said.