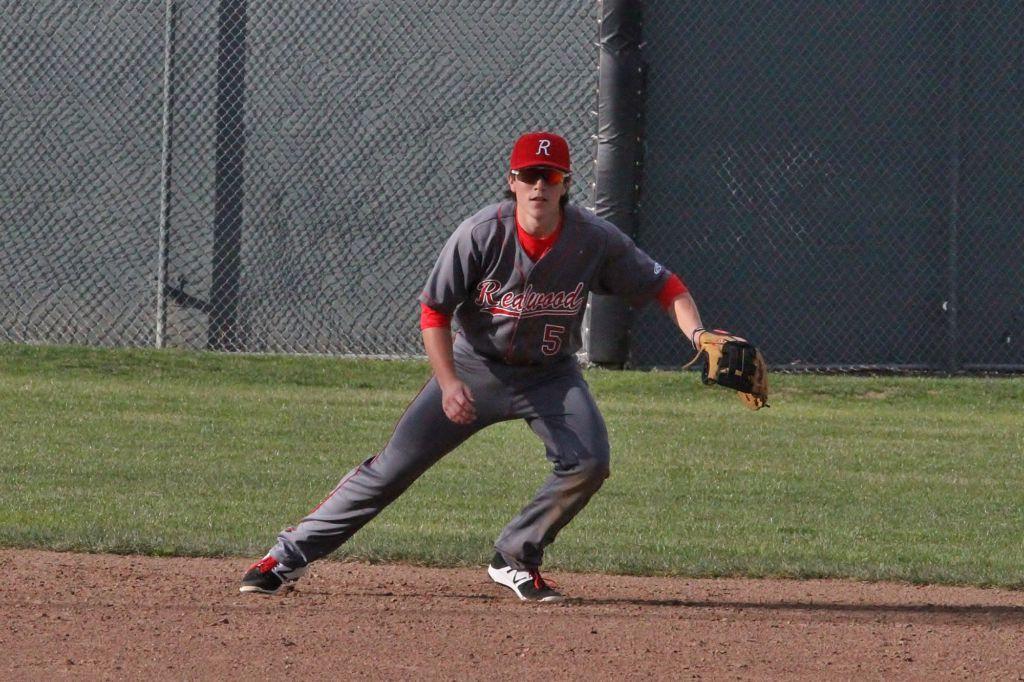 Moving to field a ground ball, Zeisler's career at Redwood has prompted shifts throughout different positions on the diamond

For senior Henry Zeisler, baseball has been a constant throughout his life. So, it seems only appropriate that Zeisler found a place to continue his career, after being admitted to play at Division III Chapman University, with a guaranteed walk-on spot on the team. And while he first intended playing baseball in Division I, Zeisler says the coaching staff and program at the university were pivotal in his decision to commit.

“As you go to showcases and tournaments you kind of realize how many talented players there are, and it has a sort of humbling effect,” Zeisler said. “But I am super excited about playing at Chapman and what the future holds.”

Zeisler said that Chapman was a combination of everything he wanted in a college. The strength of the university in terms of both education and competition in Division III was an enticing opportunity, he said. 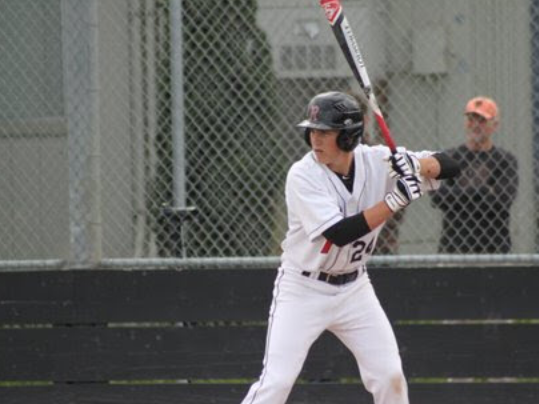 Baseball has always played a major role in Zeisler’s upbringing. Starting as an all star in little league, transitioning to the outfield upon arriving at Redwood, and now becoming captain and second baseman on the varsity team, Zeisler now has a new goal: lead the team to MCAL and NCS championships.

“Baseball is something that Henry has been passionate about for as long as I’ve known him,” said Trevor Foehr, a longtime teammate and friend of Zeisler’s. “It’s really uncomparable, his dedication and love for the sport.”

Zeisler said his passion first sprouted when he was very young.

“It’s something that’s been in my blood,” Zeisler said. “Ever since I could hold a bat and a glove, I’ve been playing.”

Zeisler also attributes his initial excitement to play baseball at Redwood to his experiences playing increasing amounts of competitive baseball in middle school.

“Every kid has that dream of playing big league ball, and while in middle school I played  travel ball for the Bombers, which was really competitive. I’d say that’s when I really got excited to play high school baseball,” Zeisler said.

Furthermore, when Mike Firenzi was hired to take over as varsity coach, Zeisler felt that his coaching made an immediate impact on his game, and furthermore, made him a more confident player.

“I think when Mike first came my sophomore year, that was when I really began to become a better player, and started to be more in it off the field as well,”  Zeisler said.

Zeisler’s career at Redwood has been, to say the least, a trial of adaptation. Before he made the jump to varsity, Zeisler was a ‘traditional,’ slow moving, power-hitting first baseman. However, his self-motivation and workout regimen transitioned his style of play into a more dynamic fielder and an even greater threat offensively. Zeisler has also transitioned to becoming one of the fastest players on the field.

Fellow senior teammate Nicolas Belgum, who spent time in the offseason working out and preparing for the season with Zeisler, attests to his efforts.

“His work ethic and the time he puts in is really second-to-none,” Belgum said. “But what really makes him different is his baseball IQ and ability to create big plays out of any situation.”

Zeisler explains that his rigorous offseason training was a desire to grow as both a baseball player and athlete overall.

“I just wanted to be better,” he said. “I didn’t like the shape was in, and I feel like the better shape you’re in better player you are.”

What it all boiled down to, according to Zeisler, was work ethic.