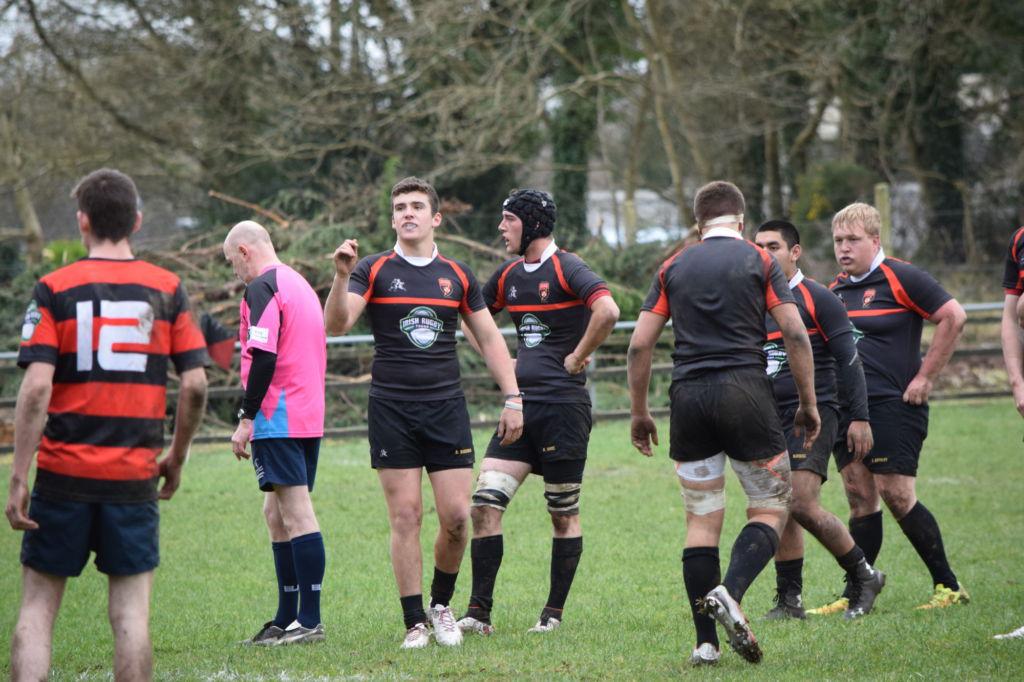 During this past February break, Redwood students who are part of a local rugby club embarked on a trip to Ireland to play against teams in the area.

Senior Declan Hardiman said that the Highlanders not only faced new competition in Ireland, but also experienced the country’s culture.

“[The goal] is to experience a different country and culture as well as set a higher standard of rugby through playing much greater teams here than we would in the states, ultimately setting our bar higher and upping our overall game,” said Hardiman, a longtime member of the Highlanders.

There are a total of ten Redwood students on the 25 man team, but Hardiman doesn’t believe that rugby needs to be an MCAL sport or be specifically related to any of the schools in the Tamalpais Union High School District, although he thinks that an association with Redwood would increase the number of people who play.

“It would be great for the growth of the game,” Hardiman said. “However, there’s something special about small club teams around the Bay Area and how they get their players from a lot of different schools. Part of the culture of rugby is taking people in from anywhere and bonding and connecting through the sport.”

Hardiman believes that similar trips could be beneficial for Redwood sports.

“We take these tours to play at the highest level of rugby that we can so we can adapt our game to theirs, ultimately strengthening it so we come back to our league stronger than ever,” he said.

Farrell-Martin believes the trip made the team a lot closer.

“Spending 24 hours a day seven days a week with a group of guys really brings you closer,” he said. “You get to learn new things about people every day.”

This bonding isn’t possible in the day to day life of a student athlete while still in Marin County, according to Farrell-Martin.

However, Farrell-Martin’s favorite aspect of the trip was the familiarity with rugby that he and the rest of the team were able to experience in Ireland, as he believes rugby isn’t as well known or appreciated in the United States as many other sports are.

“I really enjoyed seeing rugby as a more mainstream sport [in Ireland] like we see basketball and football being played in the United States,” Farrell-Martin said.

Redwood students haven’t taken an athletic trip like this since the baseball team’s Cuba and Dominican Republic trips in 2014 that consisted of a grab-bag group of members of all levels of the program: freshmen, junior varsity and varsity.