How do we cut the link between patriotism and nativism in America? 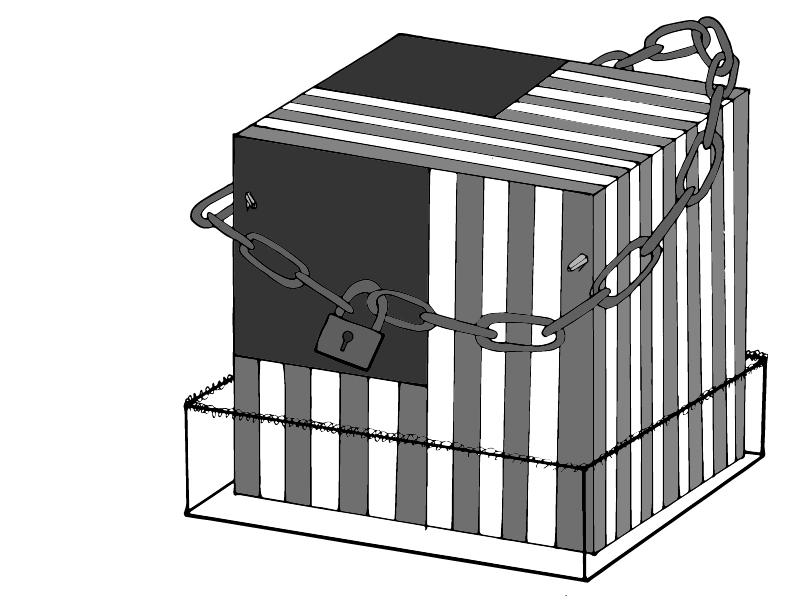 The wall. Shutting down mosques across America. Banning Islamic immigration. Disparaging Mexican immigrants indiscriminately. All of these are textbook examples of the  nativism Americans have seen in this year’s election season. They’re examples of the type of rhetoric Donald Trump has normalized in American politics and the type of speech he uses to appeal to the nationalistic fervor of his constituency. But Trump’s comments are just symptoms of a bigger sickness, one that we each have to address ourselves. He has brought to light the hidden xenophobia that many Americans harbor toward foreigners, using it as a scapegoat for every single problem in the United States today.

Too often today, Americans practice a constrictive type of patriotism. We seem to link the concepts of xenophobia and patriotism, as if by saying we are American we say equally that we can be nothing else. We deny our own diversity and denigrate other nationalities. In other words, we feel that excluding other cultures is a way of preserving our own, inaccurately passing our problems off onto the shoulders of others.

Trump’s comments are emblematic of this larger problem. People today often feel comfortable displaying subtle or extreme racism towards Muslims or Latinos, believing in some way that being American and being patriotic are tied to opposing Islam and excluding foreigners.

This phenomenon stems partially from a mindset of American exceptionalism, the idea that America is separate from and better than the rest of the world, ignoring both the interconnectedness of modern nations and the variety of American citizens. And there is variety. The United States is 13.3 percent African American, 5.6 percent Asian and 17.6 percent Hispanic or Latino according to the 2015 census. This country is a melting pot. That’s what makes it so great. America is, after all, a country of immigrants.

Now, that “America is number one” mentality isn’t necessarily a bad thing or an inaccurate one. The United States leads the world in Olympic medals, billionaires, top research universities and military size. We’re a country with a lot to be proud of.

What’s more, most immigrants see America as a haven. Immigrants come from all over the world to live within our borders, demonstrating their patriotism not through nativist displays, but through the sheer will and force that is required to gain citizenship in the United States. The person who leaves their home country, displaces their family, flies overseas and fights through the naturalization process just to become an American citizen may have more claim to say, “I love America” than the person who just happened to be born in one of the fifty states.

Immigration is what makes America so great. Tolerance is one of this country’s founding principles. Diversity is its strength. So to claim to be a patriot while simultaneously speaking ill of Muslims or any other ethnicity creates a paradox. The real American patriot welcomes diversity. The real American patriot isn’t so easily scared and swayed by popular opinion, and doesn’t sink so low as to spread hate to those who pray to one god or another.

That’s why it’s so important for us to ask ourselves: are we really patriots? Are our friends and peers really patriots? And if the answers are yes, then we have to call out those who make passing racial comments about Islamic terrorism, Trump’s wall and Mexican immigration. American patriots know that change is progress, and progress is strength.