Rocking advisory: bands expose students to a range of music 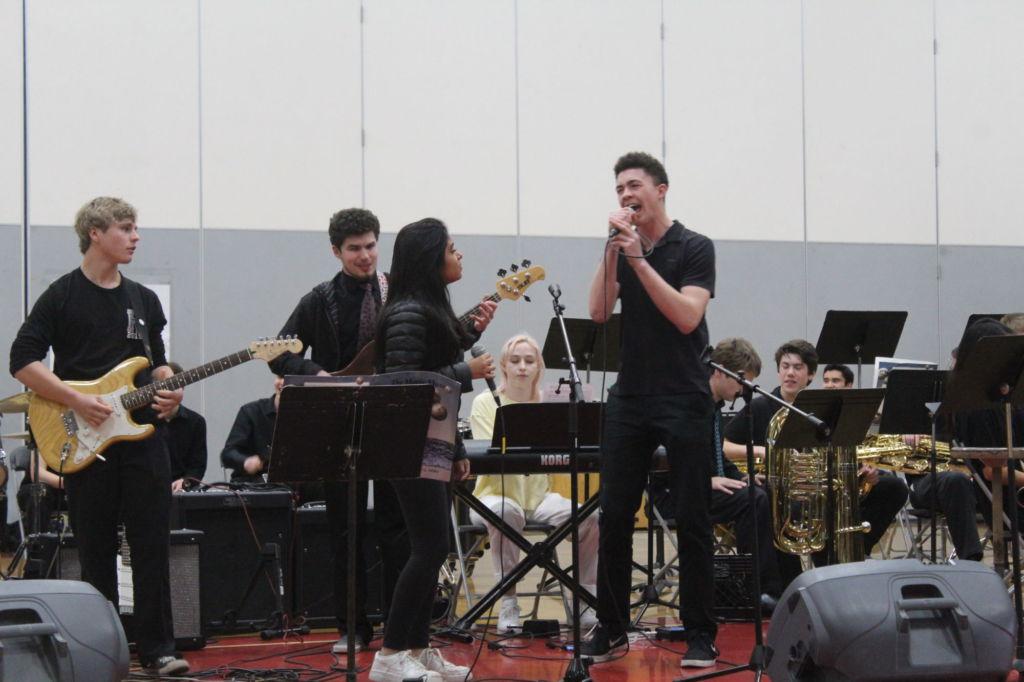 From classical to jazz to rock, several Redwood bands performed a variety of songs during the previous two advisory periods. Half the students attended on Feb. 6 and the other half on Feb. 13.

For the first time in 14 years, a number of the assorted bands from Advanced Performance Workshop (APW), wind ensemble, and Jazz Band performed for the entire school.

Junior Tomi Rajninger played the flute in the two concerts and has taken band since her freshman year.

“It was really cool because no one had been exposed to band at Redwood and now people know about it,” Rajninger said. “I really liked when the audience got into it and was clapping. It showed that they care about what we are passionate about.”

The different bands performed a diversity of songs over the two performances. According to music teacher John Mattern, the band took material they already knew and freshened it up so they were able to perform it during the advisories.

“It was a good crowd and Monday [Feb. 13] was a really nice show because the crowd was really receptive,” Mattern said.

According to Rajninger, the bands anticipated that some of the audience was not going to be attentive, especially during the classical pieces. However, in the end she was pleased because she believes that there were still many people who enjoyed the show.

“We [students in band] are already pretty close. I think that it didn’t really bring us together more as much as it brought the whole school together,” Rajninger said.

Sophomore Isabel Talke, who attended the show on Feb. 13, was impressed by their performance and thinks that is important for students to be introduced to classical music.

“I find it interesting that so many people at our school are talented and if there were more performances, we can showcase more students,” Talke said.

The different music program groups displayed a wide range of genres of music. The wind ensemble played the classic ‘Stars and Stripes Forever’ while an APW band performed the Rolling Stones’ song ‘Start me up’ during the Feb. 13 concert.

Rajninger’s favorite song to play was the Cuban Danzón piece.

“It’s fast-paced and exciting; something is always happening in it. Even though it’s kind of long, it keeps you interested,” Rajninger said.

According to Mattern, most of the band events are predominantly attended by parents and relatives, but because he has received a lot of positive feedback from students and teachers for the recent performance, he hopes in the future to continue to have these concerts once, if not twice, a year.