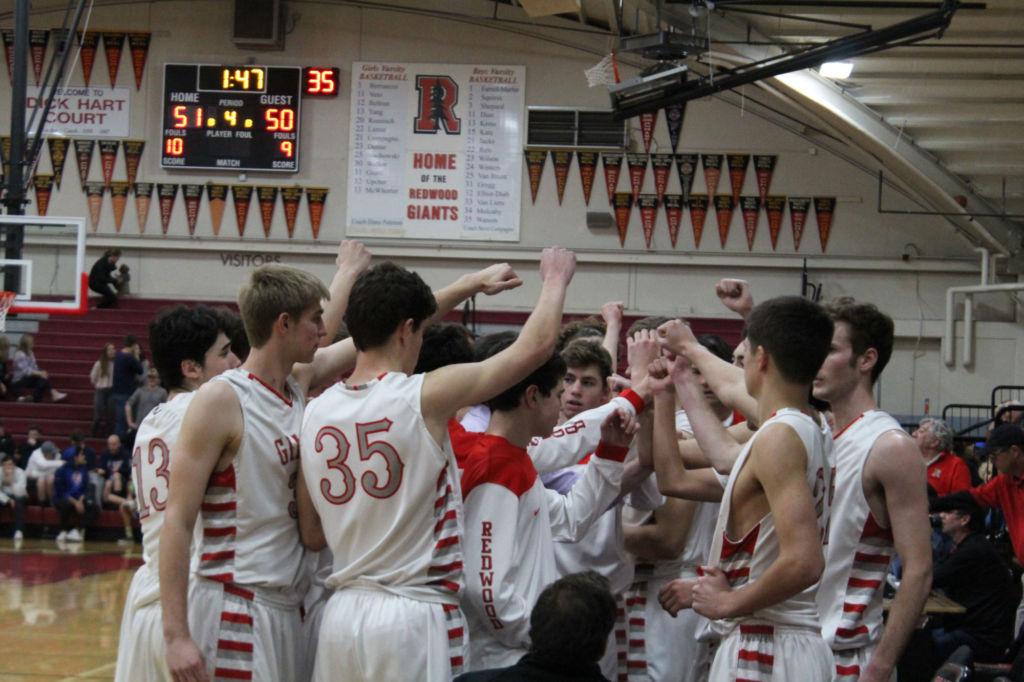 After being substantially down for most of the game Redwood surged back to tie the game in the fourth quarter, but could not attain a lead. The last few minutes involved numerous fouls from both sides, which disrupted the flow of the game and allowed Branson to regain the lead.

“It’s honestly such a compliment to the coaching staff when they play that hard and don’t give up or back down even in the end,” head coach Steve Compagno said.

Of the five starting players, four are seniors who participated in their last MCAL game.

“I thought our mostly senior team was really special because I’ve been playing with these guys since freshman year,” senior Charlie Reis said. “[Freshman] year we went undefeated so being able to be together with my friends again and play out our last season was really fun.”

Reis had the game high 17 points, shooting 6 for 13 from the field. Other high performing players were senior Chris Kress with 14 points and sophomore Chance Farrell-Martin, who shot two clutch 3-point shots near the end of the game.

Reviewing the season, Compagno believes the team showed unselfishness and hard work every game of the year.

“Next year’s team is going to need to copy the heart, desire and effort this year’s team put in if they want to do as well,” Compagno said.

The team qualified for NCS and will take a couple days off to recharge, according to Compagno. They will be back at practice Friday getting ready for their first NCS game on Feb. 21.
Points