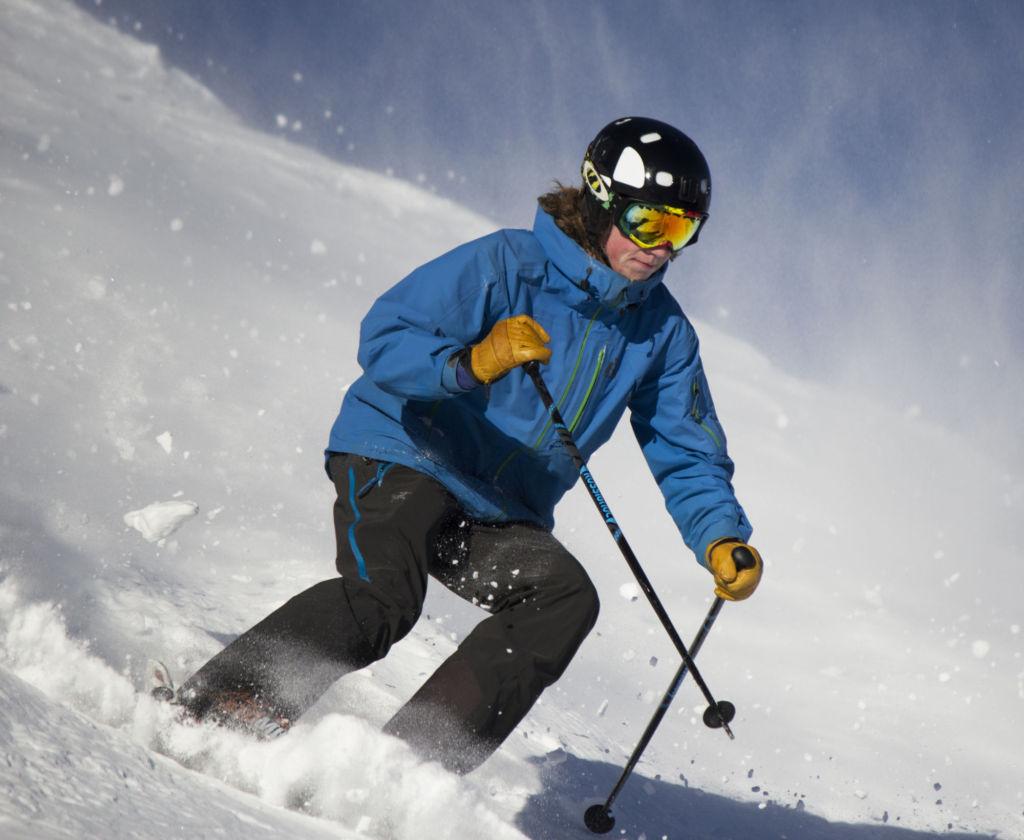 Recent extreme weather has brought Redwood skiers out of their drought depression and back onto the slopes of Tahoe.

The ski hype has been difficult to sustain due to poor precipitation levels over the past two years, but some students never gave up their love for the mountain. This year’s incredible snowfall has rewarded them for their loyalty.

Lake Tahoe is covered in ski resorts, and every student skier is prideful about their mountain for a multitude of reasons. However, there is one thing on which every skier agrees: 16-plus feet of snow in January is unprecedented.

Senior Rosie Jennings has been a Squaw Valley skier her whole life and this year’s abundance of snowfall has brought her to the mountains as often as possible.

“This has been an incredible year so far. Last year and the year before I got maybe 12 days of skiing in each, compared to this year where I already have 20, and January is not even over. I’ve been trying to get [to Squaw] as much as possible since it has been storm after storm,” Jennings said.

Senior Robert McInnis is an experienced skier and a strong environmental activist, so this year’s precipitation levels have excited him in a variety of ways.

“This year’s snowfall has been epic,” McInnis said.. “With our drought, the area really needed it and Mother Nature really delivered.”

California’s drought has been hard on avid skiers and this past month has reminded students what Tahoe skiing once was.

Senior Chase Petri said that  this year’s snowfall will not only be good for the skiing, but will also refill Lake Tahoe from its record-low water levels.

“The weird weather the past few years is definitely due to climate change, and I don’t know why it’s suddenly going hog wild this year, but it has for sure helped our drought,” Petri said. “I’d say the past few years were disgusting, so this year has been a real treat.”

Many Redwood skiers have been shredding since a very young age.

“I was two when I first started skiing. I learned with the leash. I loved the leash. I was on that leash for one or two seasons, and those were some great times,” Petri said.

Petri was on Kirkwood’s freeride team for six years, something that he says cultivated his love for the mountain.

“So far this year, I’d say I probably have 16 days already. Last year I’d say I actually went up the most ever in a season weirdly. I got around 35 days in last year. When the snow wasn’t great, I’d just do stuff in the terrain park,” Petri said.

“He was a park rat,” Jennings added.

Jennings learned skiing from her dad and has been skiing ever since.

“I’ve never been on any teams or have done any training, but my dad easily taught me everything I know so that’s the way I rolled,” Jennings said.

Unlike Jennings, McInnis has been skiing on Squaw teams since before he could remember. McInnis started out as a Mighty-Mite skier, then he was on the Far West ski race team for three years and Squaw’s Big Mountain team for one year. Now he just free skis with his friends.

“My dad wanted us to ski at Squaw Valley because it is a really hard mountain, and he thought if we could ski everything there, we could ski anything in the world,” McInnis said.

Nowadays McInnis just skis with his friends because of the freedom and the ability to chase the best snow. Last year he clocked 34 days, including some days skiing in Europe.

“I liked ski team because you got to ski with big groups of people who were all into skiing, but it limits the amount of runs you can do, and it was too regulated,” McInnis said. “Skiing with your friends is much more fun, especially if they love skiing too, because you can stay out as long as you want.” 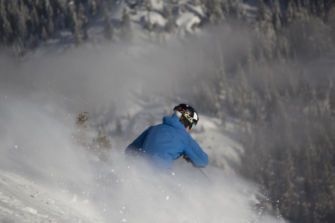 Redwood’s skiing community usually does not have time to participate on ski teams because of the long drive and necessary commitment to weekly events. Free skiing is a very different sport than what most Redwood students are used to.

“Skiing is unlike other sports that make you compete with others to always try and win,” Jennings said. “In skiing, there doesn’t have to be competition; you can just do whatever you want to do without anyone telling you what or how to ski. You get to go with your own flow and just, I don’t know, you just ski.”

Every Redwood skier has to love the sport to make the trek up north  every weekend. On top of just skiing, Tahoe’s  mountains are for exploring and everyone’s got a favorite spot.

“Anything off Chair 6 at Kirkwood,” Petri said.

“Hogs Back off Headwall at Squaw,” McInnis said.