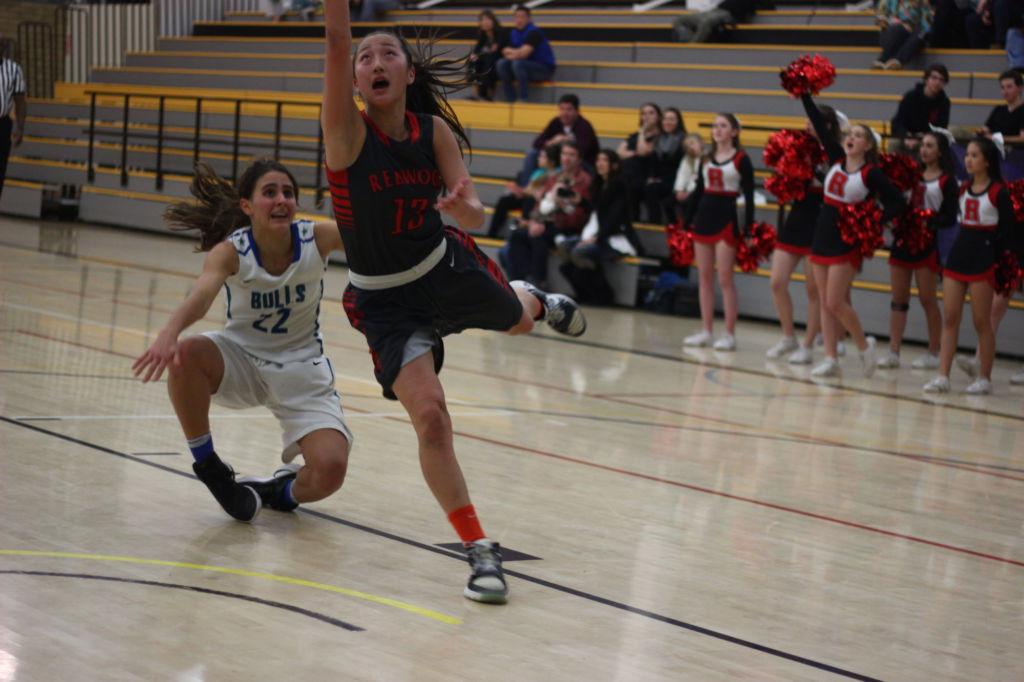 Despite a slow start against a lackluster opponent, the girls’ varsity basketball team regained their composure and trounced Branson by a score of 63-23 on Saturday.

Saturday night’s win put the Giants in a tie for third in MCAL behind Tam and San Marin. Despite such a dominant victory, the girls still need to play with more intensity, so they can be ready to face the higher-ranked teams in the playoffs, according to junior Zoe Stachowski.

“Because this was such an easy win, I feel like the next game we go into we are going to have to put into our minds that it’s going to be a harder game and that we have to work harder from the start, instead of having time to catch up,” Stachowski said.

According to junior Ashley Lamar, slow starts have plagued the team throughout the season.

“We’ve been working on [starting the game faster], but just in the beginning of this game we were getting a lot of shots, but we just weren’t finishing everything, which slowed us down,” Lamar said.

Stachowski’s fearlessness on offense proved to be a key factor in the Giants’ win. She led all scorers with 10 points in the first half and currently ranks fifth in MCAL, averaging 11.6 points per game.

By the end of the third quarter, the Giants had nearly doubled their first-half total, reaching 53 points. Their lead was partly due to a new defensive scheme which kept Branson on their toes and forced them to turn the ball over.

“We got to practice a different defense, which was really fun to play around with.  That’ll be good in playoffs,” Lamar said.

The Giants play their next game at home on Friday against San Rafael.