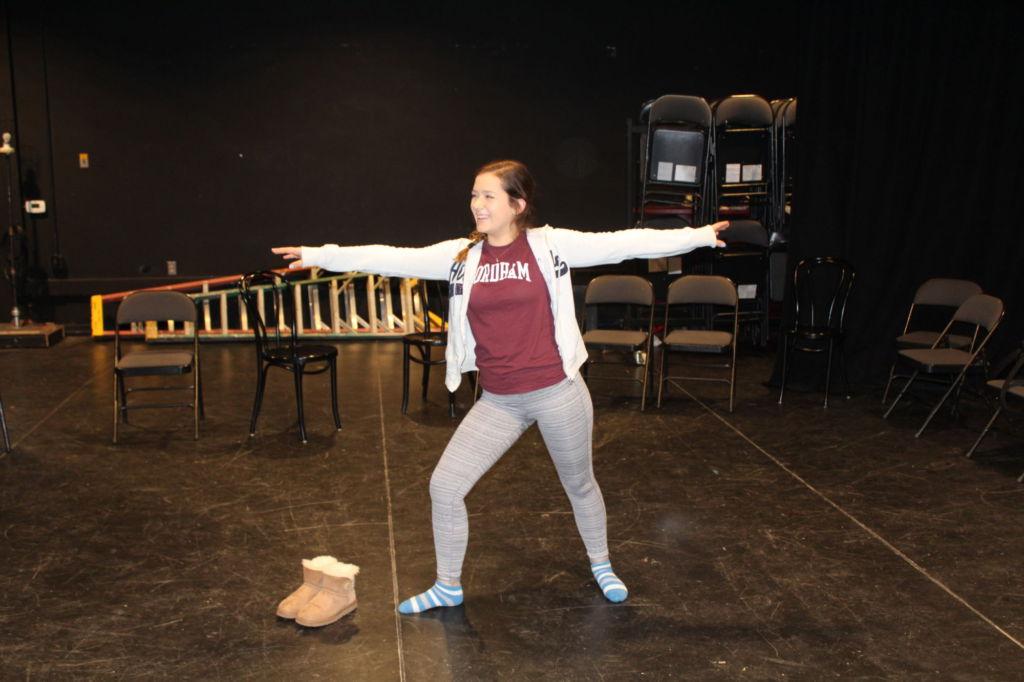 As second semester classes ramp up for the spring, a new opt-in “Stress Reduction” Advisory has been created for juniors and seniors as a way to combat the often hectic and stressful environment at Redwood.

The new class, taught by drama teacher Britt Block and Spanish teacher Alison Castro, focuses on using mindfulness and yoga to introduce stress-relieving methods that students can use inside and outside of the classroom.

Block, who has been practicing mindfulness for 26 years, often tries to incorporate mindfulness into her classes. In mid-October, Block had the idea to combine advisory with mindfulness and create a stress-free zone at Redwood.

“I thought, well, we’ve got this advisory thing, we have a situation where we have some flexible time, and if we had an opportunity to opt in for people who are interested in spending their time learning skills and techniques that will that will help them reduce stress, I was curious if people were interested in that,” Block said.

The new advisory class will still participate in some of the regular advisory activities, such as watching Redwood TV and listening to announcements from class representatives, but it will focus less on having extra free time and more on mindfulness and making connections with each other. The advisory will dedicate about 20 minutes to yoga and 15-20 minutes to mindfulness each Monday. According to Block, it is important to build upon the skills of mindfulness in short bursts, so that’s why advisory is the perfect amount of time to practice.

“People will walk away that day hopefully feeling like, ‘I had a little space today,’” Block said. “But [they will] also learn skills and techniques that they can repeat on their own that will help them with their own stress reduction and mindfulness and life skills.”

Junior Hannah Wieck admits that this school year in particular has been quite stressful, and she is excited to get the opportunity to have a place to focus on herself and practice wellness during the school week.

“Instead of a normal advisory and stressing out about what you need to do, and doing all of the Leadership things and the Link Crew things, in this we just meditate and do yoga, which is really calming before having to go to a hard class. I have AP Calculus after, so it’s a really nice transition into that,” Wieck said.

Block believes that allowing time for homework would take away from the purpose of stress reduction, so the advisory will be primarily split between mindfulness and yoga.

“Doing homework might feel like it reduces stress because it means you have less of this today, but it doesn’t give you any skill in handling the ongoing situation because the homework is just going to keep coming,” Block said. “Stress reduction is not

about changing the outside world, it’s about figuring out a way to be in it so that you can respond to it, instead of reacting.”

“I think doing homework would just add stress instead of de-stressing. It’s nice to have SMART for homework, but I think this advisory’s point is to destress and detox, and not think about school or what’s going on in your life,” Wieck said.

Senior Kate Kiehfuss became the Link Crew leaderin the new advisory after signing up for it, and said she is excited to implement more stress reduction time into her schedule.

“I think it’s cool that we’re dedicating a period of time to stress reduction, because it’s a little bit ironic that it’s in this huge stressful environment of Redwood,” Kiehfuss said. “But if we’re going to change the culture of Redwood and try to make it something that’s not as deathly competitive or stressful, I think it’s a good start.”

Kiehfuss was introduced to mindfulness practices last year, when Block would lead “Mindfulness Monday” in her drama class. She doesn’t use mindfulness every day, but believes that in times of stress, going back to simple mindfulness activities can be very helpful.

“I’m definitely not the ‘stressed out student’ because I take mostly the classes that I want to take and I’ve been more relaxed than a lot of people over the course of my four years,” Kiehfuss said. “I think [the Stress Reduction Advisory] will really help reinforce a lot of my goals, because a lot of my goals have to do with bettering myself and going through my life in a more mindful and aware way, so I’m really excited to get that opportunity.”

There was originally a discussion among the staff about having themed advisories, but that was put on hold to see how the regular advisories worked the first semester, according to drama department leader Erik Berkowitz, who is also part of the committee in charge of advisory.

“[Block] approached me and she was really wanting to teach mindfulness to students, and we’ve been having a lot of conversations as a staff about stress reduction and mindfulness,” Berkowitz said. “And when she approached me about doing it as an advisory group it did seem like a clear way we could try this out for a limited amount of time, see how it works, and then discuss it as a staff.”

According to Berkowitz, it is important to remember that the Stress Reduction Advisory is a trial run, and staff will be learning alongside students what works and what does not in terms of mindfulness and relieving stress. However, since the focus of the new advisory is on community, Berkowitz believes that it has a somewhat greater potential to bond students than a regular junior or senior advisory does.

“I think people bond over doing meaningful work together, so any room that they’re doing meaningful things together, they have more of a chance to connect even if they’re not ‘bonding,’” Berkowitz said. “But if everyone just pulls out a binder and does their own thing, they’re never going to connect because they never try and reach out to somebody to make that connection.”

Wieck also believes that this new advisory will bring students closer together than they were in her previous advisory by focusing on self-awareness and being present.

“[The new advisory] is not really cliquey, because instead of talking to your friends it’s more about yourself, which connects people differently than these artificial Link Crew activities would,” Wieck said.

The Stress Reduction Advisory is held in room 306, and is able to expand in size if there is more interest from the student body. There is also a pre- and post-evaluation of the advisory in order to obtain constructive feedback.