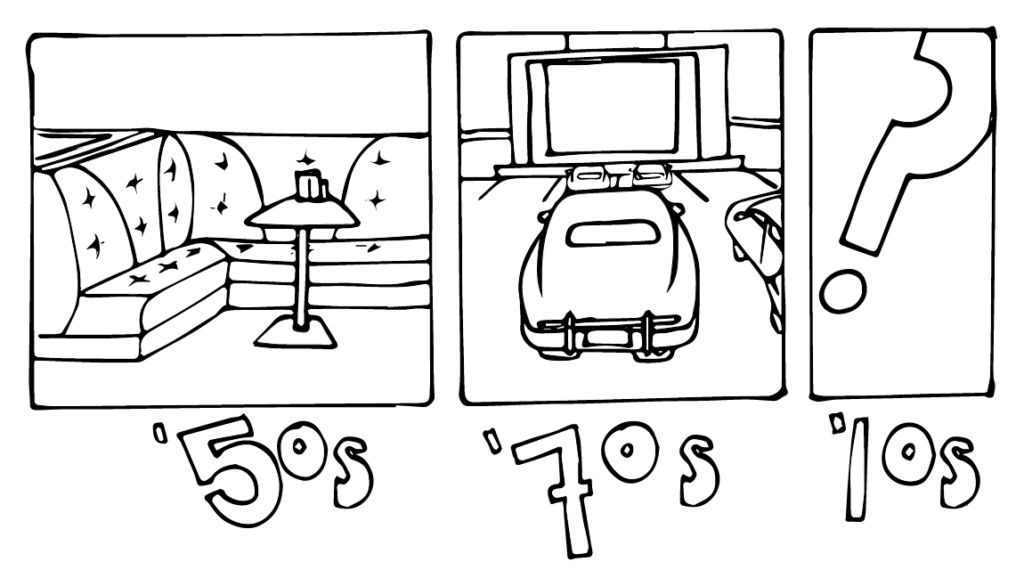 About a month ago, Redwood’s own favorite band, Canopy, held a gig in the Sweetwater Music Hall. It was a good time; there were parents sipping red wine by the bar, college students, Redwood alumni in many cases, chatting at the tables and a bunch of teenagers (plus one adventurous dad) dancing like nobody was watching. More than anything, it was refreshing—it was refreshing to come to a communal event, not even one organized by the school, and rock out to some talented musicians with classmates.

For me, the night at the Sweetwater spoke of something that I think our community, and maybe our generation — though I’m always wary of big announcements about ‘our generation’ — has lost: the teen hangout spot. With that loss comes the loss of shared, concrete teenage spirit that exists past the school parking lot. The solution, I think, is more of what we experienced at the Sweetwater: we need more places to just have fun outside of school, together.

In my experience, high schoolers in Marin have never had a distinct place to go with friends after school. Maybe the bowling alley one day, sometimes Northgate, but there’s no singular spot. Sure, individual groups hang out at people’s houses, but we have no open spot where things are happening and different groups come together. All in all, it has become harder to attain that spontaneous good vibe I felt at the Sweetwater.

Of course, as a school, we already put on plenty of events. But often, what’s wrong with the events we hold now as a school is their irregularity. There’s no sense of normalcy to them. Leadership kids have to advertise on every social media platform for a week before the actual day to get mediocre attendance. That, in and of itself, is a problem. Not only does being blasted with news updates about an event for weeks build a sense of obligation to attend, but if people don’t already know that they can come to some location of their own volition and expect an event, then you’ve lost half the battle.

While we don’t want to have to blast students with information about events, clearly, no one hang out spot has surfaced in our community organically. So the school might have to organize events to begin with, until we build that sense of normalcy around the happening place. There are any number of ways to do this. The small gym could be a communal space on a predetermined weeknight, open for use by any group or band or club. There would be the regular knowledge that on those nights, something is happening in the gym. Or we could invest in lights for the football field so students could come to games at night. Or the school could open up dodgeball nights or bowling nights. We could have ping-pong tournaments, even Bingo nights! These are just a few ideas. But getting together in out-of-school events builds a sense of cohesion. It expands friend groups.

There’s also the argument that having something wholesome and safe to do outside of school would stop kids from going out and getting intoxicated on various substances. I don’t fully buy that argument, but if there’s any validity to it, then we should at least offer the option. That’s the entire philosophy behind the Friday Nights Live club at Redwood and other schools.

What is certain is that events like Canopy’s gig at the Sweetwater help to break down unwritten social divisions; I wouldn’t go so far as to call them “cliques”, but you know what I mean. There are clumps in our school. There are “drama kids”, there’s the football team (in fact there are groups for every sport we have), there are kids who go out and party every weekend. And for the most part, outside of school, we don’t see these other groups. We only ever brush shoulders with people like us, people in our group. But having one spot would help integrate our community. Or at the very least, it’d be a step in the right direction.

More important than all these arguments is the fundamental truth behind the Sweetwater: it was fun. There was the sense of it being something archaic. It was like being a teen in the ‘40s and ‘50s and going down to a malt shop on a weekend night. It was good old-fashioned fun.