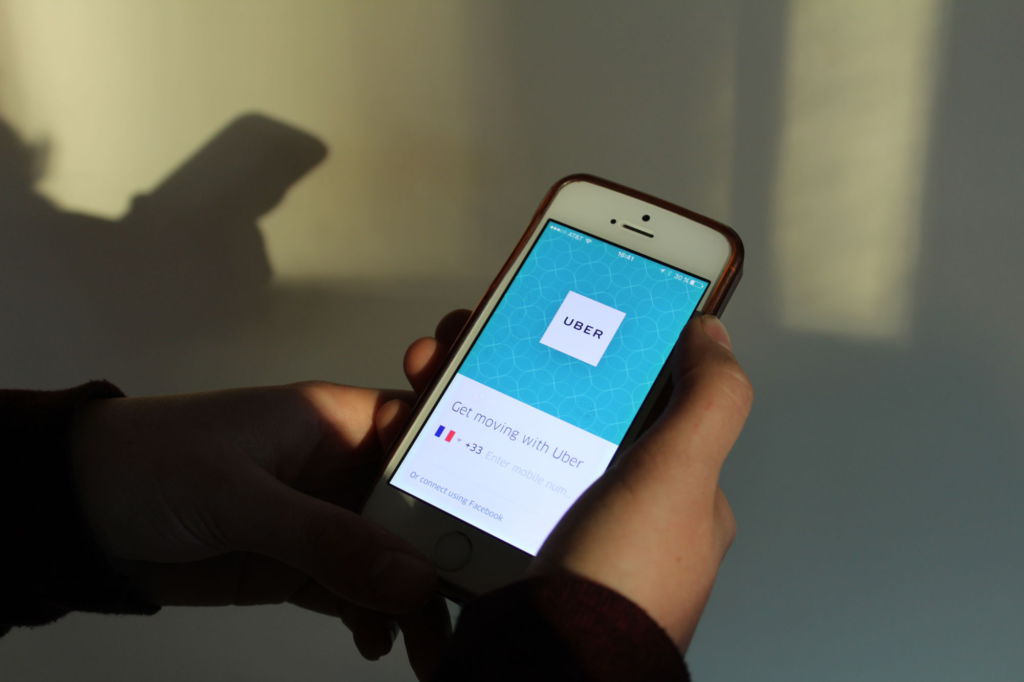 Breaking Uber’s rule that minors must be accompanied by an adult, many teenagers use the service to get around independently on a regular basis.

In 2009, a small company was created by two friends frustrated by their inability to find a taxi in Paris. In less than eight years, this San Francisco-based startup grew to give people all over the world access to rides—and even food delivery service—at the touch of a button.

Among younger crowds especially, Uber seems to have become as popular as the local public transportation system. Many Redwood students have embraced the ridesharing service, which is accessed by passengers and drivers through a smartphone app, hailing it as accommodating and impromptu.

Junior Jackson Westbrook, who is a frequent user of Uber, said the service allows him to get around independently despite the fact that he doesn’t have a driver’s license. He said that he uses the service most weekends and occasionally during the week.

“It’s giving you more ability to be more spontaneous with your planning because you can just call up an Uber at any time,” Westbrook said.

Though the service is popular among teenagers, all riders under 18 must be accompanied by an adult, according to Uber’s community guidelines.

However, freshmen Skylar Strotz and Lauren Steele, who have taken Uber on occasion with their parents, said they have never even heard of this rule. And according to Westbrook, he has never encountered problems due to his age.

Tiburon Police Officer Shane Ford also said that he was not aware of the rule. While it is company policy for Uber not to transport unaccompanied minors, it is not a law, according to Ford.

“Uber is not regulated like the cab industry is,” Ford said. “[In regards to the law], it’s just like if you call your friend for a ride.”

Teenagers are easily able to lie about their age or create an account under a parent’s name in order to circumvent the age restriction, according to Westbrook. He said that the rule is rarely enforced by drivers, who likely don’t want to turn down the chance to make more money off of underage riders.

“They’re working for some third party organization; they don’t know who their boss is,” Westbrook said. “Why do they care if they’re making money off of this kid?”

Strotz also suspects that drivers might be unwilling to leave a child stranded without the transportation they need.

“It’s better to pick them up and take them somewhere than to leave them if they need to get somewhere,” Strotz said.

Ford said that though he has never dealt with any crimes involving ridesharing services in his years on the police force, it’s important that riders be always be cautious, especially if they’re minors and/or traveling at night.

According to a 2016 Pew Research study, only 34 percent of ride-hailing users indicated that they thought the services are a good way for parents to make sure their children get around safely when they can’t drive them.

However, the study found that 70 percent of ride-hailing users said they felt safe riding with the drivers employed by the service. Westbrook expressed a similar sentiment to the majority of users, adding that he has yet to have a negative experience with Uber.

Junior Elia Chou, on the other hand, recalled an incident where an Uber driver became very angry after her group of friends turned out to be too large to fit in his car. According to Chou, the man called them rude names and flipped them off as he drove away.

Nonetheless, Chou said that drivers like these are in the minority, and that she has never actually felt unsafe while using Uber. The same Pew Research study found that 83 percent of users said they have never had a bad experience while using a ridesharing service.

Ford said that, while he has never received any complaints, he would encourage kids using a ridesharing service alone to let a family member know they will be using the service, and to immediately report any incidents to the police if they occur.

Uber is also widely used as an alternative to driving after a night out, according to Westbrook. Strotz believes that Uber is a good backup plan to have if a person is too impaired to drive themselves home.

According to Westbrook, having this as an option instead of driving under the influence makes drinking more safe.

“I would much rather some dude get absolutely hammered at a party and drive home safe with Uber. That’s so much preferable to having him on the road risking his life, wasted on the freeway,” Westbrook said. “Drinking culture is going to persist no matter what—it has for ever and ever. [Uber] is just making it safer for people who decide to participate.”

Ford warned that impaired teenagers may be putting themselves at risk by riding with strangers.

“If you’re by yourself, you’re a juvenile and you’re under the influence, you’re more susceptible to becoming the victim of a crime,” Ford said. “You’re better off with a relative or someone you trust who hasn’t been drinking or is not under the influence of drugs picking you up, but if you have to take Uber, that’s better than driving.”

Besides being widely regarded as safe and convenient, many more aspects of Uber appeal to the public. According to the Pew Research study, 86 percent of ridesharing users said that these services save them time and stress.

Strotz and Steele like the user interface and the speed at which an Uber can be hailed.

“Instead of a taxi, you don’t have to call it. You just do it on your phone so you know it’s coming and you know when,” Steele said.

Westbrook admitted that Uber’s rates are one of the service’s major drawbacks, but for many teenagers and their parents, Uber’s convenience outweighs its cost. While several types of Ubers exist, the most economically-friendly and widely used is UberX, with which a ride from Redwood to Tam would cost $10-13, according to Uber’s online estimator.