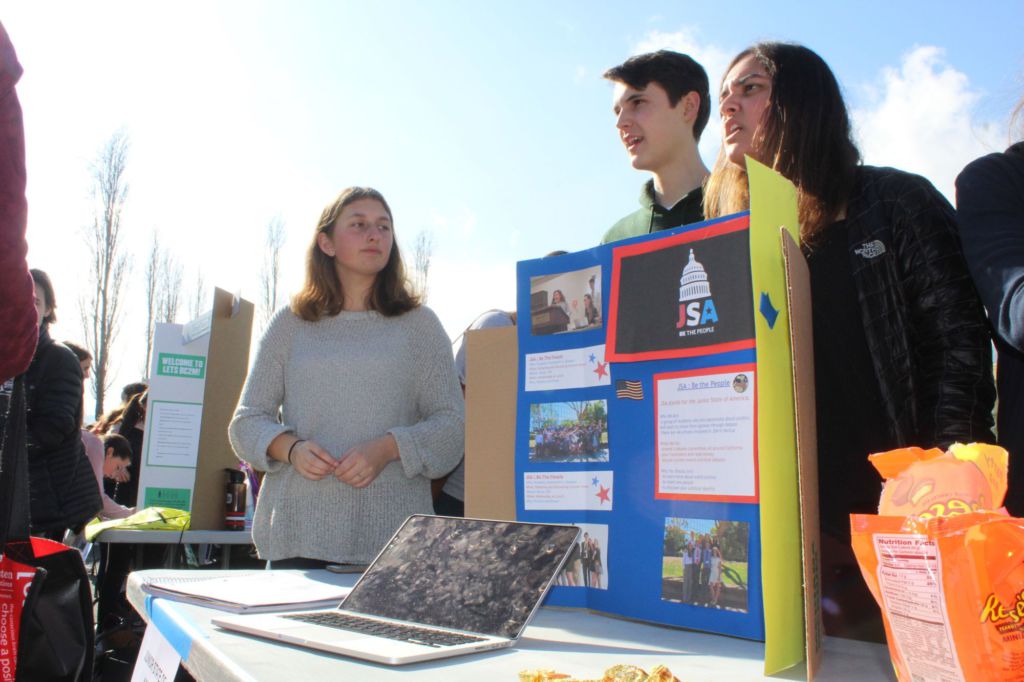 31 different student clubs lined the South Lawn on Wednesday in hopes of recruiting new members for the spring semester.

Leadership hosts “Club Day” semiannually, inviting new and existing clubs to advertise, and giving an opportunity for the student body to browse the selection.  This semester, 31 of the 55 existing clubs attended, 6 of which were new and 25 existed prior to this semester.

According to the Leadership club committee co-chair Jake Hanssen, the student turnout for this semester’s club day was a pleasant surprise.

“We didn’t have a lot of time for advertising, so I’m actually really proud with how many people turned out,” Hanssen said.

In addition to a good student turnout, committee co-chair Isabella Karman was impressed with the turnout from clubs compared to past years. According to Karman, existing clubs are not required to hold a table and often times only a fraction of them will sign up to advertise.

Junior Angelica Vohland, co-president of the pre-existing Junior Statesmen of America (JSA) club, appreciates the importance of hosting a table for her club as she discovered JSA at the event two years ago.

“When I was a freshman I signed up for about 10 different clubs, and it was so great to see so many students involved in so many extracurriculars and activities,” Vohland said. “[This year] seems to have that similar great energy that I saw freshman year.”

Leadership teacher Kendall DeAndreis was also pleased with the success of this semester’s club day, hoping students take full advantage of the benefits of the groups.

“I think that students, when they feel part of a community, do better academically,” said DeAndreis.  “Clubs are a way to really get involved, bond with other students who share a similar interest, and make friends.”