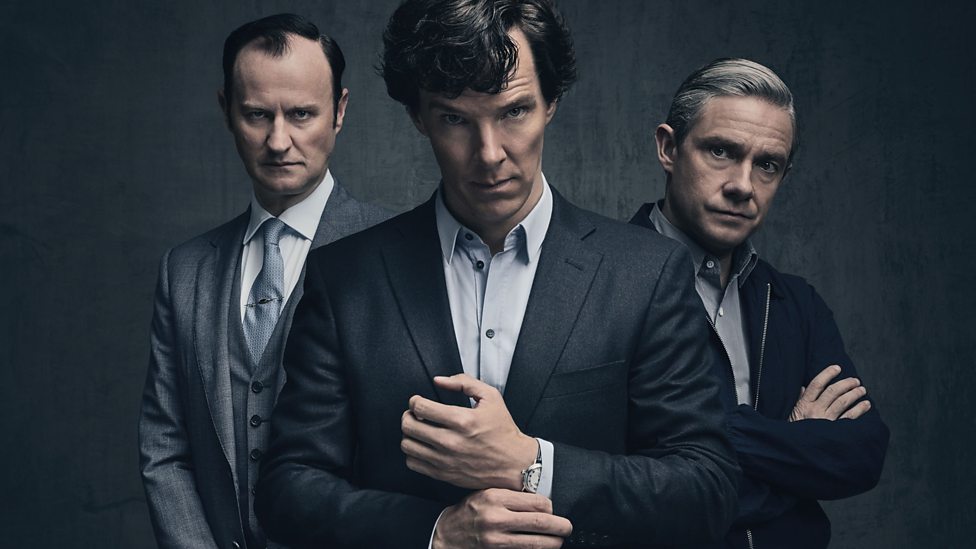 Viewers have waited three years for the highly-anticipated fourth season of BBC’s “Sherlock” to finally air this January, and the wait paid off. As a dedicated fan, I had high expectations going into this season, and luckily it did not disappoint. “Sherlock” went beyond what I could have ever imagined, each episode more intense than the previous, with plot twists rocking the characters’ relationships.

After season three ended with a bang, last year’s one-episode special clarified the finale and brought Sherlock back to his 221 B Baker Street flat in London. Like the others, this season featured three hour-and-a-half episodes, the length ensuring that every detail was covered.

Each episode focused on one main case for the genius detective to solve, following the same structure as past seasons. What made this recent season different was the development of Sherlock’s intricate backstory, adding another engaging layer. The writers delve deep into the mind of Sherlock Holmes and give us the emotional side of the detective that he always seems to try and hide beneath his intelligence.

Cumberbatch does an exceptional job as a “high-functioning sociopath,” as Sherlock himself puts it, giving the viewers a spot-on performance of the esteemed Sherlock Holmes. Cumberbatch is no stranger to portraying misunderstood, intelligent men, taking on roles such as Alan Turing, the famed mathematician who decrypted the Germans’ code in World War II,  in “The Imitation Game.” He has also played Khan Noonien Singh, the villain in “Star Trek Into Darkness” and ambitious Dr. Stephen Vincent Strange in Marvel’s “Dr. Strange.”

John Watson, Sherlock’s best friend, and Mary Watson, John’s wife, played by Amanda Abbington, are central characters in this season’s plot, and their entanglement with Sherlock leads to dismay and danger. Their loyalty to Sherlock is severely tested this season as hardship after hardship hits the couple and their newborn.

In addition to compelling protagonists, “Sherlock’s” villainous characters bring twisted, perplexing darkness that complements and tests Sherlock’s strength and intellect. Mary Watson’s perilous past puts her in danger. A millionaire philanthropist is accused of being a serial killer. Old Holmes family secrets come back to haunt them…

Though some may find each plot to be extremely complicated and perhaps too fast-paced, I enjoy the ever so enigmatic episodes of “Sherlock.” Creators of the show Mark Gatiss— who stars as Mycroft, Sherlock’s equally astute brother— and Steven Moffat don’t coddle viewers. Trying to unscramble the puzzle pieces yourself is part of what makes the show intriguing.

The writers were somehow able to make one of the most complex and intellectual shows even more sophisticated. If I had to describe this season in one word, I would say mind-blowing. I paused the episodes in order to fully comprehend what I had just watched, and once I had entirely processed things I couldn’t contain myself.

Although most of the season remains on the serious end of the spectrum, a few moments here and there provide much-needed comic relief. The witty humor or sometimes ridiculous scenes charm viewers and adds another dimension to the show. My favorite scene from the second episode, “The Lying Detective,” features a fiery Mrs. Hudson, Sherlock’s lovable landlady, driving fanatically through the streets at breakneck speed, police cars chasing her and Symphony No. 9 playing in the background.

“Sherlock” is not the type of show to watch half-heartedly; take the time to pay attention, or you’ll surely end up lost or frustrated. However, the effort is definitely worth it in the end! “Sherlock” is a masterfully-rendered show that captures the spirit of a beloved detective in modern times. Some might not like the twists this season takes, but the plot thickens considerably and viewers will be thoroughly entertained. The wait for “Sherlock” season five, which is currently unconfirmed, will be long and agonizing!