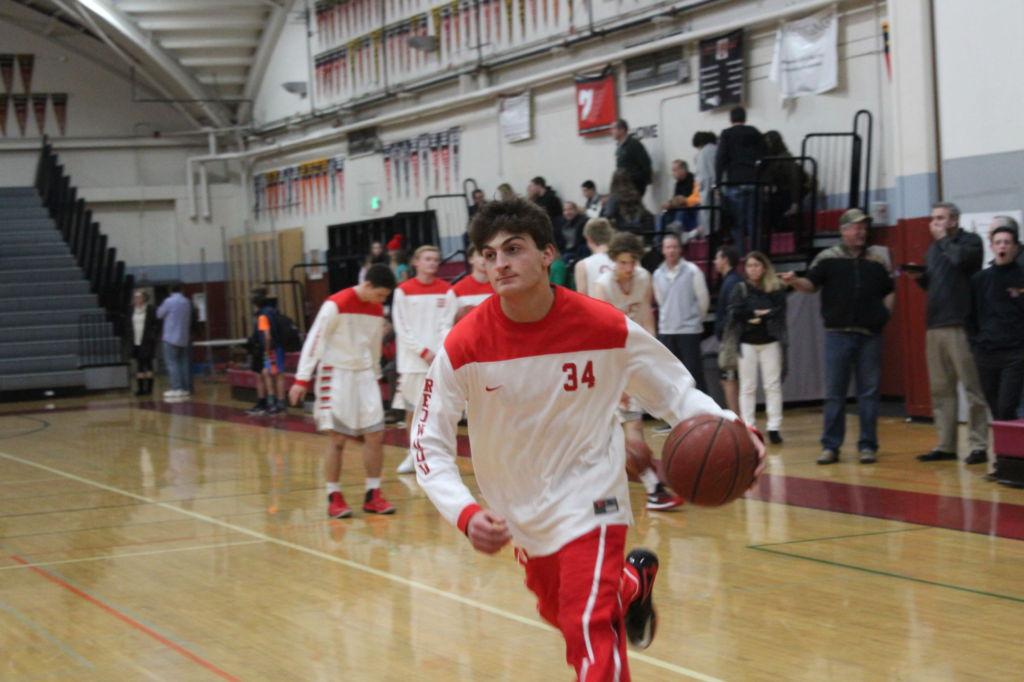 Junior Matt Mulcahy warms up before the game

The boys’ varsity basketball team had a strong outing today, beating the Ukiah Wildcats 60-37 in a blowout win.

The Giants began the game slowly but were quickly able to regain their composure midway through the first quarter and had a strong lead going into the half.

Senior Chris Kress led the Giants with 13 points on five of six shooting with two rebounds and one assist. Senior Charlie Reis was second with 10 points.

The Giants will not play another game until they start league play on Jan. 3 at home against the Tamalpais Red-Tailed Hawks. Tip-off will be at 7:30 p.m.