‘Arrival’ provides a break from the extraterrestrial monotony 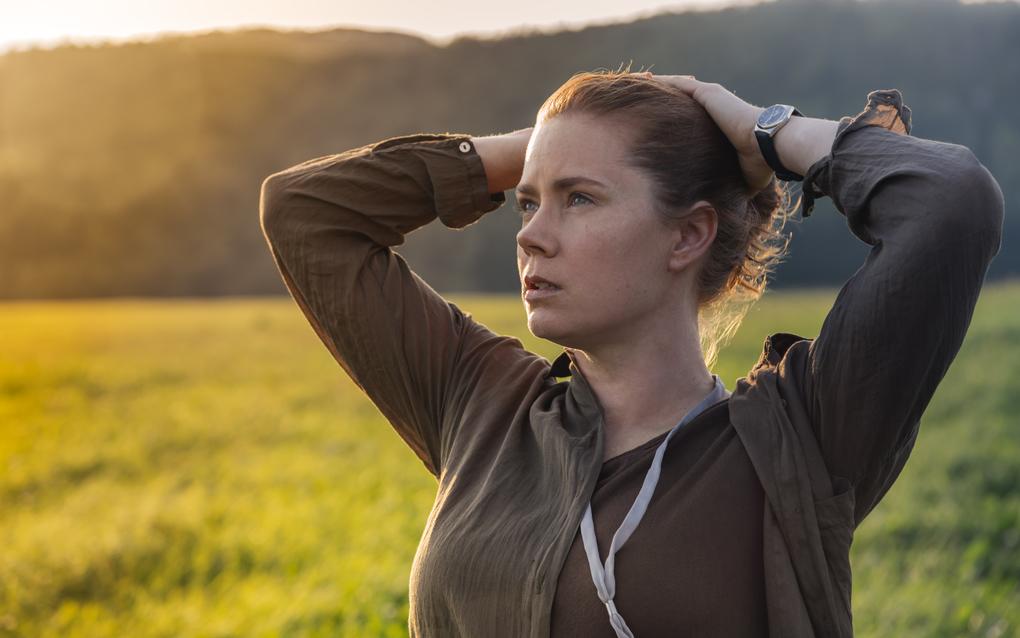 “Arrival” is anything but the stereotypical alien movie. The film is riveting, exploring  human nature, and focusing on the main characters, not the aliens. Based on a short story by Ted Chiang, “Arrival” first premiered at the Venice Film Festival in September, 2016.

When 12 giant elliptical pods descend to Earth, the world is left in shock. The film centers around human attempts to communicate with the alien “heptapods.” The aliens themselves play a minor role and are used as a device to portray themes of human nature and show the life of linguist Dr. Louise Banks (Amy Adams), who attempts to translate their language.

The plot of “Arrival” is intricately layered with wonderful revelations. Director Denis Villeneuve puts the story on an unconventional timeline which kept me on the edge of my seat  throughout the movie. The movie is pushed forward by the dialogue and the acting; there was no unnecessary flare or visuals. The plot makes the viewer think, but it’s not too complex. It never feels like the movie was “dumbed down” for the audience.

Despite the film’s low budget, the cinematography is truly spectacular. Filled with excellent transitions and slow pans over beautiful scenery, the visuals of “Arrival” are very aesthetically pleasing. Villeneuve frequently delivers great cinematography, and while “Arrival” doesn’t top his visual masterpiece “Sicario,” it still is quite excellent.

The production crew clearly worked well within their limits and did not overdo the CGI or even the practical effects—a common mistake in alien movies. All effects were slight—such as the minimalist CGI spaceships and only short appearances by the aliens—and only added to the film, which was primarily dialogue-driven.

The film’s score is exhilarating. It highlights the mysterious and exotic vibes given off by the heptapods and their spacecraft. Composer Jóhann Jóhannsson did an excellent job utilizing typical sci-fi tropes while maintaining an original sound.

Adams does a stellar job in her role as Banks. Her subtle facial cues and gazing stares show deep emotion throughout the film. Her intricate relationship with her daughter is woven in throughout the plot and she easily handles the complex emotional scenes that come along with it.

Jeremy Renner left his recurring role as Hawkeye in the Avengers to play a leading theoretical physicist in “Arrival.” He flawlessly switches from his superhero role to a nerdy supporting-lead role. Despite less screen time than Adams and Renner, Forest Whitaker also impressed with his performance as Colonel GT Weber. His stoic on-screen presence fits his character very well.

Overall, Villeneuve has managed to make another masterpiece. “Arrival” keeps the audience on the edge of their seat and is a break from the classic alien sci-fi movie.