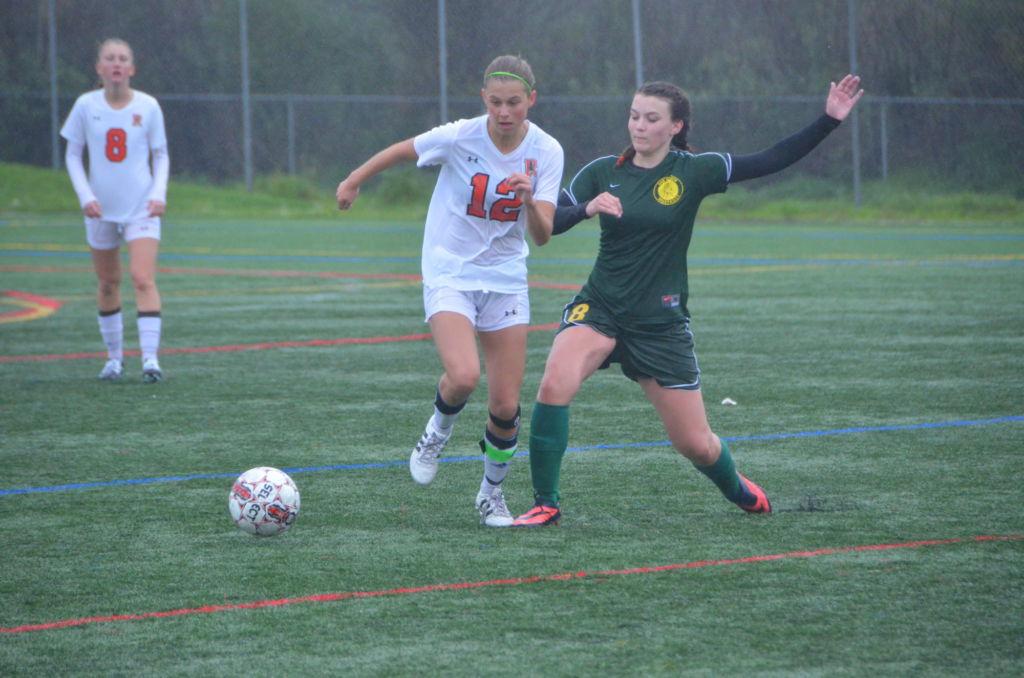 “Miserable” was the word that circulated through the stands. On Dec. 10, dedicated spectators shivered through two 40-minute halves of the JV girls’ soccer game in umbrella-inverting wind and fierce precipitation. The rain blew sideways and managed to soak just about everyone, except for two mothers who wrapped their legs in trash bags and bundled up beneath chairs with little awnings

But, while their fans huddled under umbrellas, the girls played with full force against San Marin, scoring their first three goals of the season and coming away with a  3-1 victory.

“I always tell them on days like this, it’s not just about playing soccer and your skillset,” said head coach Peter Elton. “You have to really relish the opportunity to play the game in the rain and you have to want to be out here, and just enjoy it. And if you do that and take that approach, it’s so much easier than standing around shivering.”

After scoreless ties against Tam and Drake in their first two matches, the Giants knew they had to intensify their play, even in the stormy conditions.

“Our coach told us the elements are going to be a big factor in how we do,” said freshman Rebecca Gann.

Gann said that the team was dissatisfied with the season’s opening ties and eager to play well despite the dreary weather.

“I think a lot of our touches were really sloppy because of the wet ball but overall I think we did really good,” Gann said. “We definitely were more focused warming up.”

According to Elton, the defense has been “fantastic” so far at protecting the goal.

“Our goalies have not been challenged with the big saves because our defense has been absolutely solid,” Elton said. “They’ve really been our foundation.”

After a promising first victory, the young team expects to continue improving.

“I think we’re still trying to establish our shape, learning to pass the ball and getting to know each other,” Elton said. “I think every game we’re getting a little bit better.”

The Giants’ next match is against Miramonte on Dec. 12.