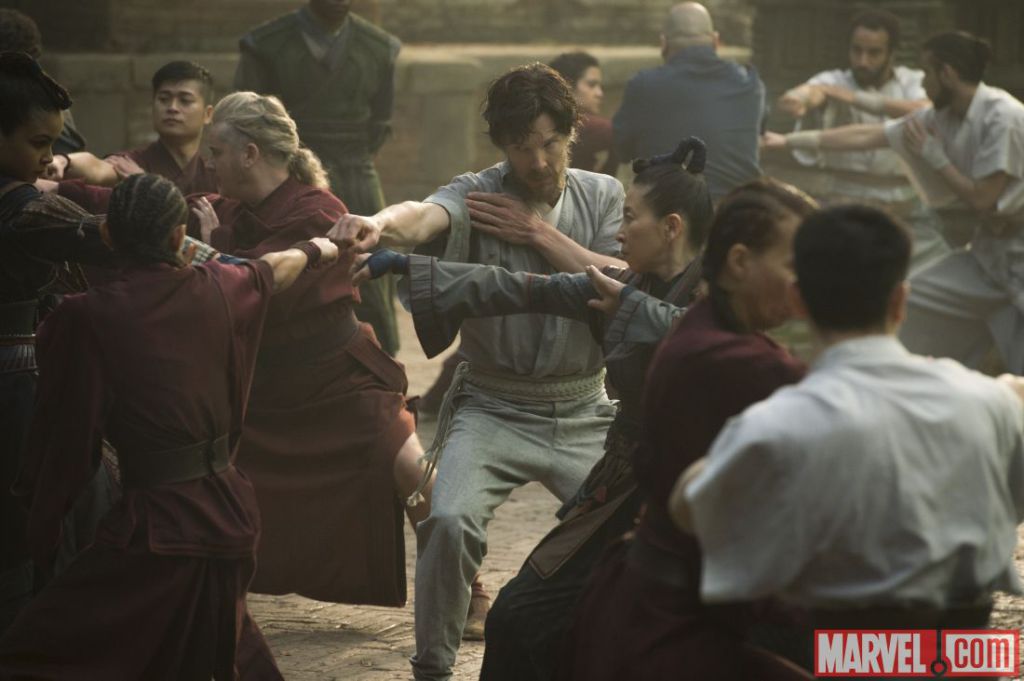 In the two days since “Doctor Strange” was released, its international revenues have totaled a whopping $86 million, surpassing its original predictions of $70 million, according to Box Office.https://vimeo.com/193593536

Doctor Stephen Strange, played by Benedict Cumberbatch is a world-renowned yet egocentric neurosurgeon who loses function in his hand after a car accident, preventing him from continuing his medical career. After Western medicine fails to find a cure for his severe nerve damage, he is referred to a spiritual healer in Kathmandu, Nepal.  Reality is called into question as the Ancient One, played by Tilda Swinton teaches Strange a special type of sorcery.

Like any classic superhero movie, the mortal world is put in danger and it becomes Strange’s duty to put his own life at risk to save the day. Unsurprisingly, the plot of “Doctor Strange” is not the film’s strongest aspect as it sticks closely to the generic superhero origin story. Instead, it is the kaleidoscopic special effects that make the movie cinematically splendid. It is “Inception” on steroids, a whole new level of trippy, as the bizarre visuals of sorcery go beyond common imagination.

Sorcerers pull fiery weapons out of thin air, New York City skyscrapers twist into mazes of inverted gravity, and characters gain the ability to throw themselves into invisible “mirror dimensions.” All of the science that Strange relied on as a doctor is defied by different realities introduced to him through sorcery. This new addition to the classic superhero plot line makes the film outstandingly captivating; it is easy to get lost in the complexity of the visuals.[vimeo id=”https://vimeo.com/193736113″ size=”small”]

The extraordinary visuals successfully mask the convoluted second half of the film, where the antagonist’s motives become cloudy. While there appears to be a history between Kaecilius played by Mads Mikkelsen, an evil sorcerer determined to destroy the mortal world to sustain eternal life, and the Ancient One, who practices sorcery to protect natural order, there is no further explanation, leaving his character underdeveloped. Likewise, Kaecilius’s superior, Mordor, is hardly given an explanation at all, leaving just a few too many details up for interpretation.

Like any classic Marvel movie, comic relief is spread strategically throughout the story. Well-placed jokes and comments alleve tension from each action-packed scene. Humor provides an outlet for both the characters and the audience as the plot line intensifies, helping to keep an underlying lightheartedness to the story.

Also providing relief to the intense, action-packed plot line was the love story between Strange and Doctor Christine Palmer, played by Rachel McAdams. Although she does not have a big role in the plot of the story, Palmer provides a link between fictionalized sorcery and the modern world, as well as a connection between mere mortals and the heroes of the story. Though the love story comes off as a bit cliché, it serves as a sentimental break in the midst of the action.[vimeo id=”https://vimeo.com/193737058″ size=”small”]

Cumberbatch initially takes on a familiar role as seen in his other projects (such as “The Imitation Game” and “Sherlock”): the incredibly intelligent man whose potential grows as the plot line progresses. However, his feature as the almost supernatural and heroic protagonist counters his more traditional roles. Still, Cumberbatch pulls off the superhero look with ease, and creates a relatively modern and relatable character who could bridge the gap between reality and the Marvel cinematic universe.

Despite minor flaws in the plot line, “Doctor Strange” exceeds the expectations of a typical superhero movie, and leaves the audience with more than a generalized synopsis of a frequently comical character who manages to save the day despite his or her flaws. Here, the truth behind reality is called into question, leaving the audience rethinking their perception.