Teachers describe having their children at school 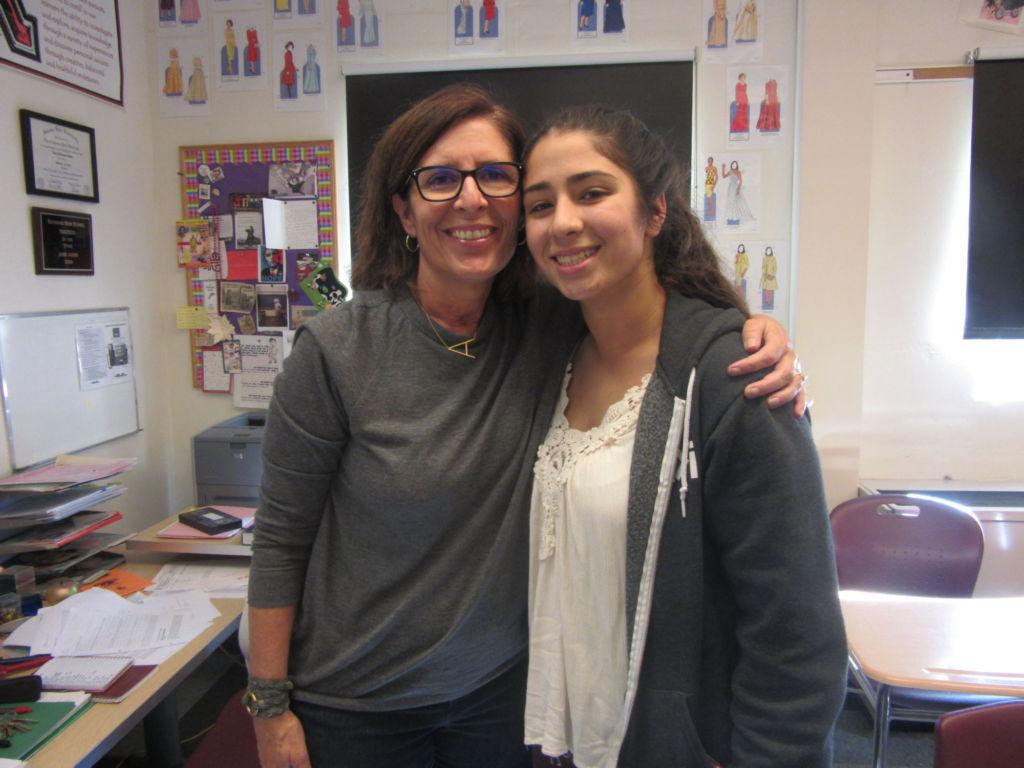 To Redwood students, the personal lives of many teachers are somewhat of a mystery. We listen to them during class, give the occasional awkward wave or smile if we randomly pass in the halls, and make polite small talk with them if we happen to bump into them in a non-academic setting—but that is about the extent of our daily interactions. While we don’t get to see the more personal aspects of our teacher’s lives, all teachers have their own unique attributes that define their character outside of the classroom: some are musicians, some are former university basketball players, some are volunteers, and some are parents.

Teachers, such as Ann Jaime, have been a part of Redwood’s workforce for decades and have watched their children journey through their high school experience, doubling up as teachers and parents. Jaime has been teaching at the school since 1991 and has watched both of her children grow up during these four crucial years: Ian, who graduated in 2013, and Emma, who is currently a senior.

“I’ve always been here. There’s upsides and downsides. A downside is your mother knows stuff some other parents wouldn’t know because I am friends with most of my children’s teachers. But the upside is that I am always here whenever they need me,” Ann Jaime said.

Other teachers, like Jessica and William Crabtree and Heather Curtaz, have children who are just entering Redwood. Heather Curtaz explained that she is enjoying having her freshman daughter Sophia at work with her, as it brightens up an otherwise normal day.

“I love it. It’s like, you go through my job, and I’m working working working, and then I’ll just randomly see her in the hallway and it just makes me so happy,” Heather Curtaz said.  “It brings a smile to my face to see her.”

Math teacher Jessica Crabtree is also enjoying having her freshman daughter Ella at school with her, because she has never been able to see her in an academic environment.

“I think overall having us all here is better. It’s enhanced our [family’s] life, because we’ve never gotten to see [Ella] during the school day,” Jessica Crabtree said. “Each of us through our entire life have only been able to volunteer at anything to do with her school probably twice a year.”

While the idea of seeing your parents at school sounds peculiar, Curtaz explained that she doesn’t think it’s strange for her daughter to see her mom at school.

“I think that it’s not that weird for her because all growing up, I would bring her to work with me, like, once a year, so she’s seen me as a teacher,” Heather Curtaz said. “I think the weirdest thing for her is like people will say ‘Oh, is that your mom?’ and she’ll be like ‘Yeah.’”

Curtaz also enjoys the opportunity to spend more time with her daughter on a daily basis. She feels she gets an insider view into seeing her daughter transform into a new person, slowly growing from adolescent to adult.

“I think what’s really cool about having her here is that I get little glimpses of watching her grow into her own person and watching her pick friends and the decisions that she’s making,” Heather Curtaz said.

However, there are potential downsides to having students and parents in such close proximity throughout the school day. Ella Crabtree said that she has heard negative things about her parents’ teaching styles in the hallways, but she doesn’t worry too much whether or not it’s true.

“After hearing what [my parents] have to say when they got home from work when I was little, it turns out they’re just teaching something and a student doesn’t get it, and they blame [the teacher] for not getting the material,” Ella Crabtree said.