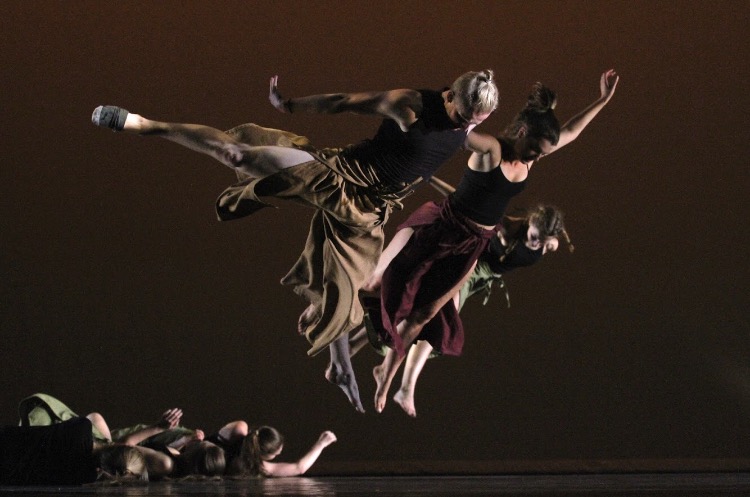 Lights down, first position. Lights up, action. Senior Cameron Ely leaps across the stage, flying through the air with ease. Time stands still, for Ely is in the moment, and the moment is all that matters.

Ely began his dancing career in fifth grade after watching the movie, Step Up 2: The Streets, and fell in love with the art immediately. Although he initially pursued hip-hop and break dance, he later integrated other styles such as ballet, modern, jazz and contemporary dance.

“Dance has provided a way for me to express myself and who I am, in not only a physical way, but an emotional way as well,” Ely said in a phone interview.

Dance presents him with an escape from daily stresses, according to Ely.

“I’ve had actual experiences where I’ll have a horrible day or something seriously bad would’ve happened and I would have gotten into the studio and for the few hours that I’m in there, everything just melts away. My focus is just on what I am doing in that moment,” Ely said.

Ely is currently dancing at the RoCo Dance studio in Mill Valley and has attended classes there for his entire dance career. He has also danced with the ODC Dance Company in San Francisco, Monsters of Hip-Hop, The Joffrey Ballet, University of Michigan and Bates College. He spends on average five hours per day in the RoCo studio, according to Ely. His schedule ranges from five to seven days dancing per week, depending on rehearsal schedules.

Through countless hours of practice and performance, Ely has decided to pursue dance further as a career. He is looking into Bachelor in Fine Arts (BFA) programs in college.

As he strives to develop into a skillful professional, Ely has also become closer to his fellow dancers.

“My dance life is my social life. I am in a company, and those are my friends, those are my family—I am always with them,” Ely said.

Although he has bonded with many of his peers through dance, the sport has also taught him to be his own person and be proud of his passion and what he loves to do.

“The dance world has taught me [that] no matter where you are put, no matter what situation you are in, you should always feel proud of yourself and what you have accomplished,” Ely said.